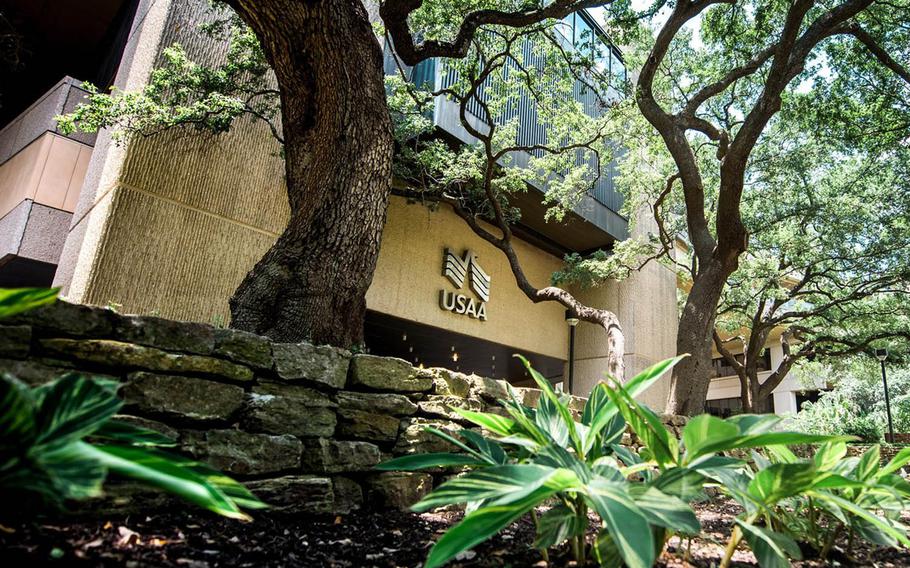 USAA is a Texas-based financial firm that provides insurance and banking services to 13 million members of the U.S. military, veterans and their families. (USAA)

“We know that in the current environment, the topic of racial equality is front and center for our members, our employees and the communities we serve,” Tony Wells, a senior vice president and the chief brand officer, told Stars and Stripes during a video chat Wednesday.

The company provides insurance and banking services to 13 million members of the U.S. military, veterans and their families.

The military is as diverse as the country it serves, said Wells, a Marine veteran and Naval Academy graduate.

Research shows that 43% of the military community identify as ethnic minorities, and 47% of USAA employees identify as people of color, according to a company press release Tuesday.

The $50 million in donations will be spread over three years with the first $7 million slated to support four nonprofits this year in San Antonio, where the company is based, Wells said.

The city is home to the largest concentration of military bases in the country. Joint Base San Antonio employs 80,000 service members, Defense Department civilians and contractors.

This year’s recipients of the $7 million are the Alamo College Foundation, the LiftFund, Project QUEST and the University of Texas Foundation.

The Alamo College Foundation will receive $2 million to support 335 scholarships, emergency aid and internship. The $2 million donated to the LiftFund will provide 60 non-traditional loans with low interest rates to Black and Hispanic entrepreneurs, 240 individual mentorships and consultations and support 80 minority, woman- and veteran-owned small businesses.

Black-owned, non-employer businesses are less than half as likely to get financing as white-owned firms, according to the USAA release. As a result, Black entrepreneurs are nearly three times more likely to have business growth and profitability suffer from a lack of financial capital.

The $1.2 million for Project QUEST will help approximately 175 low-to-moderate income Black and Hispanic San Antonians receive training in STEM fields: science, technology, engineering and math. The University of Texas Foundation will receive $1 million to provide about 100 scholarships to low-to-moderate income minority students. “This commitment extends to the communities in which we live and work, USAA President and CEO Wayne Peacock said in the release. “It’s our mission to care for military families, a community that reflects our nation’s racial, social and economic diversity — and the complex issues that come with it.