Space Command HQ selection is delayed until 2021; competition is opened up to new locations 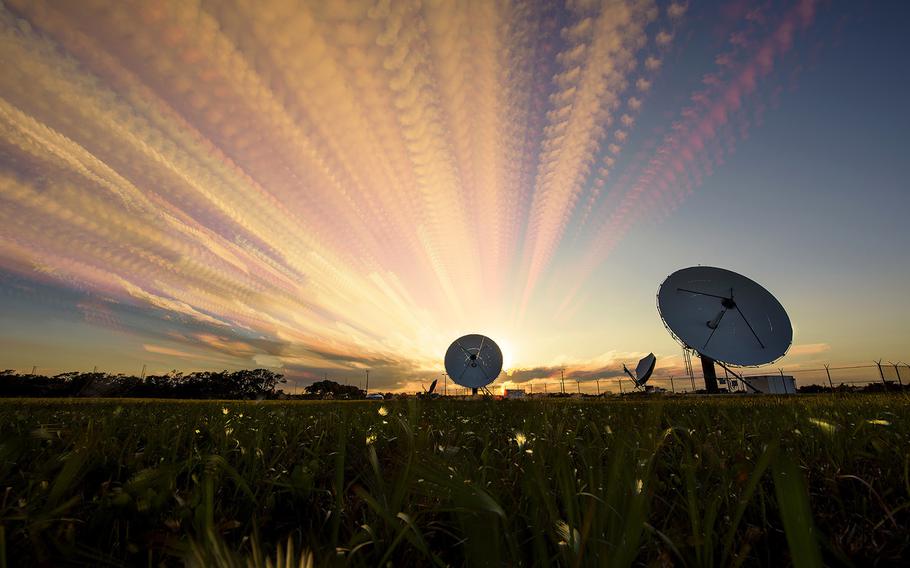 The park on Cape Canaveral, Fla. showcases several pieces of equipment that were monumental to the development of Air Force Space Command. Here, 216 photos captured over a 90 minute period are layered over one another, making the star trails come to life. (David Salanitri/U.S. Air Force)

WASHINGTON — The Pentagon will not decide until at least next year where to house the headquarters of its newest combatant command, U.S. Space Command, which was established last summer to control military space operations.

The Air Force announced Friday that it was launching a new strategy to determine the final location for the headquarters of the command, which is responsible for overseeing the Pentagon’s myriad space-based missions and protecting American assets in orbit. The new strategy will allow American communities to self-nominate themselves for consideration, according to a letter to the nation’s 50 governors from John Henderson, the assistant secretary of the Air Force for installations and the environment.

The communities that could be considered must meet several characteristics, according to the letter. Among them, eligible communities must be located within 25 miles of an existing military base, be located within one of the top 150 most populous Metropolitan Statistical Areas within the country, and score at least 50 out of 100 points on the American Association of Retired Persons’ Livability Index.

The new selection is meant to provide a more comprehensive and transparent process to determine where the roughly 1,400 troops and civilians of Space Command headquarters will be housed, said Ann Stefanek, an Air Force spokeswoman. It will also allow the Air Force Department to better implement the specialized infrastructure that the Space Command and the new U.S. Space Force will require, she said.

Space Command is temporarily headquartered at Peterson Air Force Base in Colorado. It is led by Gen. Jay Raymond, who also is the top general in the Space Force.

Under Defense Department structure, the military services — in this case, the Space Force — are responsible for training and equipping troops who then operate under the leadership and control of a combatant command— in this case, the Space Command. Space Force, as it grows, is expected to provide the bulk of the troops assigned to Space Command, but the other five military services will also provide some troops to the command, officials have said.

Space Force, like all the Defense Department’s other military services, is headquartered at the Pentagon, where it will remain.

In his letter dated Thursday, Henderson asked the governors to submit only the Air Force communities that they can personally endorse. The Air Force is asking for those nominations by June 30, he wrote.

Top Pentagon leaders will then evaluate the options and visit locations deemed among the most promising.

“We anticipate making a final selection for the preferred headquarters location in early 2021,” Henderson wrote.

The Air Force initially had expected to make a decision about the headquarters in late 2019 before revising its timeline to choosing a location by the end of 2020.

The service, at one point, had even narrowed down its list of potential locations to six sites — one in Alabama, one in California and four in Colorado. Government officials in those states and several others, including Florida and Texas, have publicly lobbied the Pentagon to base the new command in their states.

Stefanik said Friday that once a permanent home for U.S. Space Command is selected, the Air Force expects it will be another six years until facilities are finished and the headquarters can move to that location.