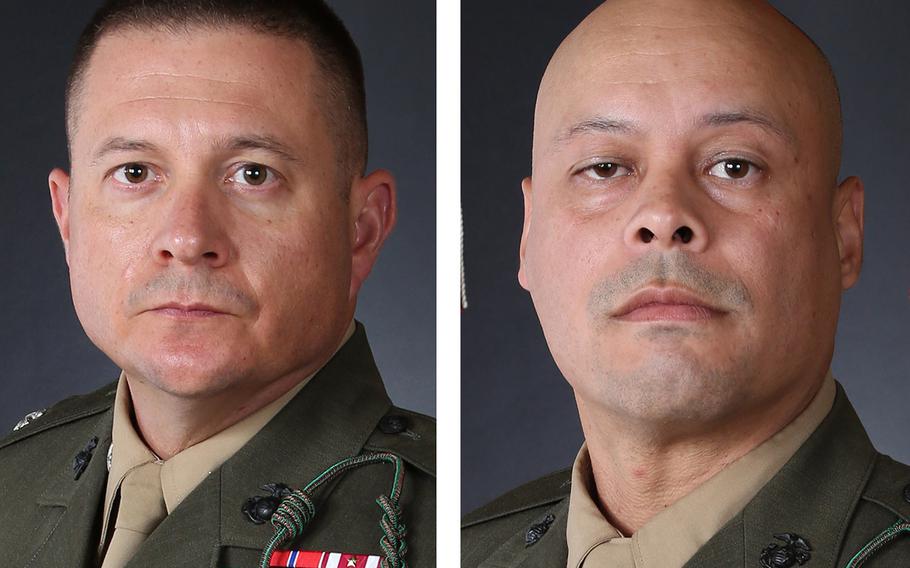 WASHINGTON — The commander and the sergeant major of a Marine battalion at Camp Lejeune, N.C., have been fired nearly three months after two rifles went missing from the unit, the Marine Corps announced.

Lt. Col. Clinton Kappel and Sgt. Maj. Elson Aviles of the 3rd Battalion, 6th Marine Regiment were relieved Thursday by Maj. Gen. David Furness, the commander of the 2nd Marine Division, “due to a loss of trust and confidence,” according to a division statement.

In December, two rifles from the battalion went missing during a training exercise, according to news reports. The rifles are still missing and the investigation is ongoing, Naval Criminal Investigative Service spokesman Jeff Houston said Tuesday.

Firing the battalion’s leadership is “taken seriously and with the intent of ensuring a given unit’s continued success in future operations,” according to the division statement.

Kappel took command of 3rd Battalion, 6th Marine Regiment on Sept. 20. He enlisted in the Marine Corps in 1996 and commissioned in 2001. He had previous deployed twice to Iraq and once to Afghanistan, according to his official biography.

Aviles enlisted as a combat engineer in the Marine Corps in 1997 and has deployed to Iraq, Afghanistan and Syria, according to his official biography.

Lt. Col. Ryan Gordinier has taken command of the battalion, however no one has been chosen to fill the sergeant major position, according to the division statement.

The 3rd Battalion, 6th Marine Regiment is an infantry unit with about 900 Marines and sailors, said 1st Lt. Dan Linfante, a spokesman for the 2nd Marine Division.

Camp Lejeune is the largest amphibious base on the East Coast. It is home to 37,000 active-duty Marines and sailors, the largest concentration of Marines in the country, according to Camp Lejeune spokesman Nat Fahy.