'Gauntlet' reboot: Co-op dungeon crawler that lives up to legacy 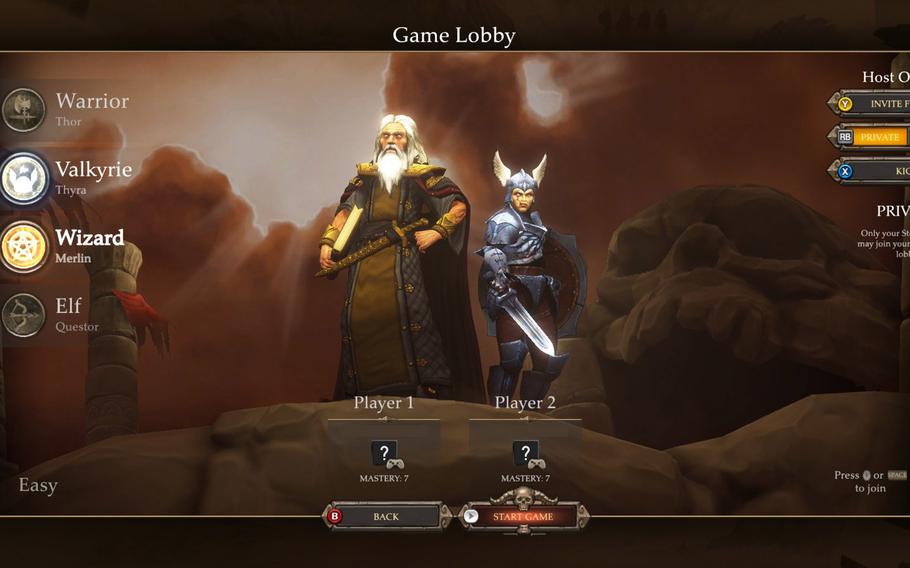 Gauntlet retains the old-school arcade flavor of its predecessors, especially with the drop in-and-out multiplayer. (Screenshot)

Gauntlet retains the old-school arcade flavor of its predecessors, especially with the drop in-and-out multiplayer. (Screenshot) The frenetic action that Gauntlet was known for returns in the newest installment. On harder modes, expect to die often. (Screenshot) 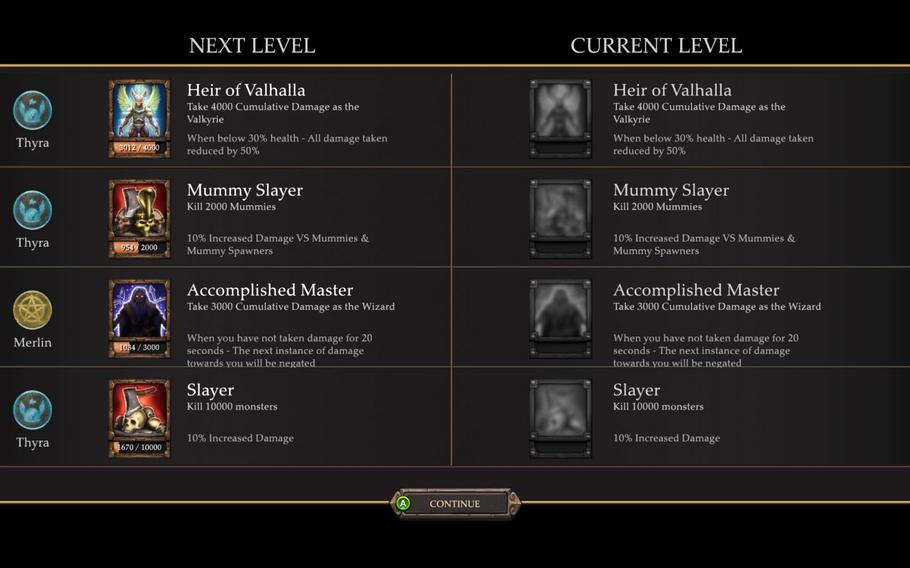 The leveling in Gauntlet 2014 happens mostly automatically, with bonuses unlocking as you hit different milestones. (Screenshot) Good and bad accomplishments will unlock certain bonuses as you progress through Gauntlet. There is even a bonus reserved for those who can't resist shooting the food. (Screenshot)

Every generation of gamers has its own series of cultural touchstones that define an era of gaming.

Some of those legendary games — like the Marios and Pitfalls of the world — belong firmly to specific console user’s memories, while others transcend barriers. One of the oldest and most famous examples of this phenomenon is “Gauntlet,” a dungeon-crawling arcade game that quickly grew to become one of the first major cross-platform successes.

It’s also a series that has seen multiple reboots and sequels attempting to recapture the magic of the original 1987 release, to varying degrees of success. The newest addition to the franchise is titled simply “Gauntlet” taking a page from recent reboot naming conventions. It also may be the best gaming bearing that name since “Gauntlet II.”

For those not as familiar with “Gauntlet,” the basic premise is that four heroes — a wizard, warrior, Valkyrie and elf — are dropped into a labyrinth filled with monsters, treasures and limited health items. The goal is to amass more treasure, kill more monsters and score more points than other players as everybody makes a mad dash for the exit.

The 2014 reboot of the series doesn’t stray too far from this formula, but Arrowhead Games Studios managed to add a few surprises. Chief among those is the way each character plays. Some of the previous “Gauntlets” tried to make individual characters play differently from one another, but this year’s game is the first to nail down that feeling since 2001’s “Dark Legacy.”

The wizard is the best example of this. Where the warrior and the Valkyrie are straightforward brawler types and the elf is the typical nimble long-ranged attacker, Merlin the wizard’s play style rips a page from the “Magicka” series in a decidedly positive way.

Instead of just mashing the attack button ad nauseam, gamers who play as Merlin can combine spells in a variety of ways. For instance, tapping the fire spell button twice will equip a fire bolt, whereas combing fire and lighting will allow him to throw an area-of-effect explosive. There are only nine combinations to choose from, but considering most characters only really have one or two attacks, he’s easily the most complex character in the game.

The other major thing that distinguishes “Gauntlet” from its predecessors is the refocus on its co-op roots. Four players can tackle dungeons together, either online or by sharing screen space. It’s a feature that clearly had to exist for the game to be a success, but it’s great to see how flawlessly it works.

Other than that, the game is “Gauntlet,” for better or for worse. There is some small attempt made to tell a story, but it’s pushed almost immediately aside and largely forgotten. The characters talk to each other occasionally, but largely lack any sort of personality. It’s a dungeon crawler in its most distilled form, lacking nearly every concession to modern gaming imaginable. It doesn’t do much, but what it does do, it does well.

The combat is consistent, the dungeons are short enough that they don’t become a slog and resources are scant enough so that it’s not a cake wake. The levels are also broken down into bite-sized chunks that encourage a “pick up and play” atmosphere.

I fear that gamers who have grown up on the games built from the legacy of “Gauntlet” may find this barebones approach to be dull. Personally, I think there is a need for good, solid co-op games like this. Most multiplayers games today are centered on competitive play, which is fine, but sometimes you want to play alongside somebody, not against them.

If you’re of the same mind, I would highly recommend plopping down $20 and giving “Gauntlet” a try. It’s not going to revolution gaming, but it’s a solid, enjoyable experience that can be enjoyed by nearly anybody.

Bottom line: “Gauntlet” is probably the best co-op arcade game of the year, but don’t expect much more than that.