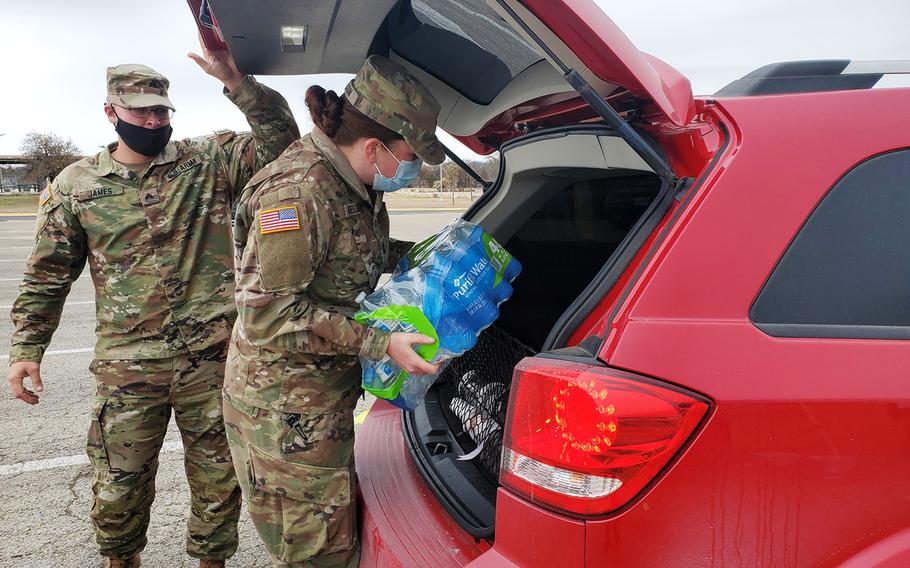 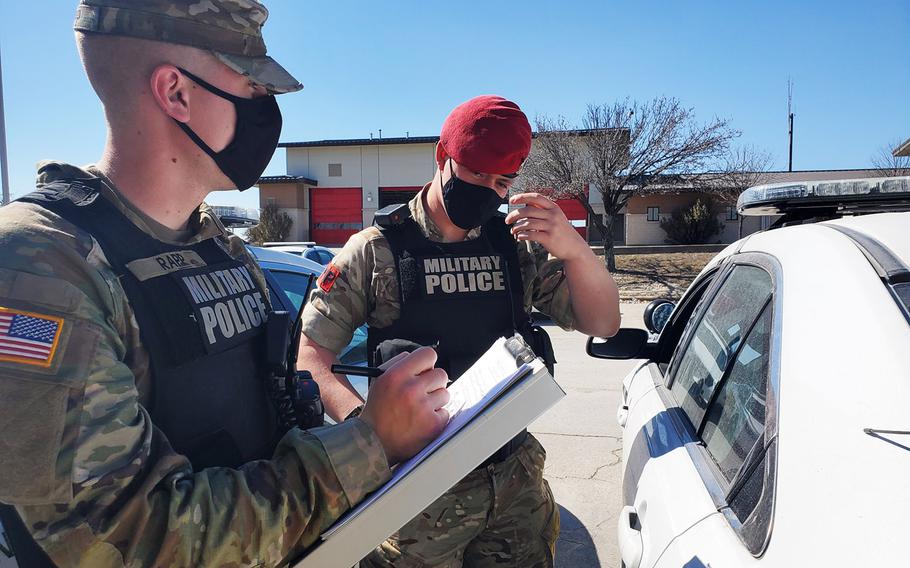 AUSTIN, Texas – A new law enforcement liaison, revised sexual assault prevention training and a crime survey for residents are some of the ways that leaders at Fort Hood have begun to address conditions at the base blamed for enabling crime and endangering soldiers.

The Fort Hood Independent Review Committee released a 136-page report three months ago that exposed the faults and missed opportunities of base officials that contributed to Fort Hood having the highest number of crimes in the Army. It also found an environment on base that was “permissive” of sexual assault and harassment and a lack of resources to properly investigate those crimes, which lowered the willingness of victims to report them.

Fort Hood has completed nearly 15 of the 70 recommendations made by the committee to improve conditions for the more than 37,000 soldiers assigned to the base, said Lt. Gen. Pat White, commander of III Corps and Fort Hood.

“While roughly a quarter of the [committee’s] proposals require higher level action, we’ve taken full ownership of the committee’s recommendations,” he wrote in a February letter to the base community. “III Corps has initiated action on over 80% of the [committee’s] recommendations that reside at our level and we remain in close coordination with both [Army Forces Command] and the Army’s newly formed People First Task Force to address all others.”

Some efforts have included the creation of a female mentorship program, training that teaches soldiers to better identify the early warning signs of sexual misconduct, and a several improvements to combating crime and improving communication between Fort Hood police and members of the military and civilian communities impacted by crime committed at the base.

About 11,000 of the nearly 20,000 Fort Hood soldiers who live off-base reside in Killeen, a town of about 148,000 located just outside of Fort Hood, according to the committee report. More than 20,500 military family members also live in Killeen. Combined, they make up about 21% of the city’s population.

The Supporting Warriors Action Team, which is newly designed sexual assault prevention training, kicked off last week with the goal of training soldiers how to recognize signs and early warnings of sexual misconduct, how to intervene in incidents of sexual misconduct and how to advocate for vulnerable service members and the survivors of sexual misconduct, said Lt. Col. Angie Chipman, the operations director for III Corps’ Sexual Harassment/Assault Response and Prevention program, known as SHARP.

“The person who makes the difference is down there in the formation,” Chipman said in a statement. “It’s not me. As many speeches as I can give, I’m not the one who’s there on the range, or in the motor pools or at the companies every day.”

While the report heavily scrutinized criminal investigations, which fall within the scope of the Army Criminal Investigation Command, known as CID, it also found more could be done to prevent crime and communicate with the surrounding communities.

“What the Fort Hood report has done has really illuminated for us that our network is not as galvanized as it could and should be and we have missed opportunities in the past to connect with key stakeholders,” said Col. John Curry, commander of Fort Hood’s 89th Military Police Brigade.

He arrived on base in July, just as former Army Secretary Ryan McCarthy announced the committee’s creation to review Fort Hood following Spc. Vanessa Guillen’s killing by another soldier in an arms room on the base.

The report, Curry said, highlighted “multiple areas for policing here at Fort Hood that we need to improve.” Work has already begun to improve crime prevention and community outreach, which are within the scope of his position as the police brigade commander and the director Fort Hood’s emergency services. He oversees a civilian and a uniformed police chief, the fire department, access control measures at the base gates and the physical security requirements.

Changes to CID are not part of Curry’s portfolio. CID has remained tight-lipped about its reforms and a first glimpse on those could come Thursday when the House Armed Services Committee subpanel on military personnel will hear testimony on its investigation recommendations from members of the Fort Hood review committee. Then the leaders of criminal investigation offices of the Army, Navy and Air Force will respond and provide information.

Later this month, Curry will send a military police officer to serve as a liaison between Fort Hood police and the Killeen Police Department.

“We will synchronize our efforts to ensure we are aware of any perception of crime within our Fort Hood community and will take appropriate action to ensure we keep our soldiers, families and civilians safe,” Curry said. “We are looking forward to working with our law enforcement partners and know we have a tremendous opportunity to make an impact on Fort Hood and the surrounding communities.”

While Killeen is the largest city near Fort Hood with the highest concentration of soldiers and families, Curry said he anticipates placing liaisons with other nearby police departments in the future.

The Fort Hood liaison will work in Killeen’s intelligence unit, said Charles Kimble, the Killeen police chief. As information filters in from the patrol and investigation divisions, the liaison can help identify patterns and people who specifically target military members.

“This in turn allows our officers to prevent crime that would otherwise affect our military members in Killeen, as well as our citizens. In addition, if crimes are discovered to disproportionately affect military, the liaison would have the ability to assist in discovering the causes and solution to these problems,” Kimble said. “Having someone on-site to direct communications and speed up information sharing is an overwhelming positive for both Fort Hood and here at KPD.”

Crime reports and statistics presented to White previously only showed the data for the base. Now reports include information from surrounding communities, where more than 70% of Fort Hood stakeholders live, Curry said.

Stakeholders include soldiers and families, but also the civilians and contractors who work on base and the military retirees and surviving family members who access Fort Hood for services, medical care and groceries. That amounts to a supported population of more than 480,000, according to Fort Hood Garrison Command.

Later this year, Curry said he plans to incorporate survey data from base residents about their perception of what crimes need to be addressed. If those concerns raised don’t match the data, he said his department must articulate that back to residents. If it does line up, he will “marshal resources and come up with a concept of how to address the particular problem or issue.”

The survey is expected roll out by June and it could be sent out to residents as many as four times a year.

“[We] really need the community’s assistance in answering the questions as accurately as possible,” he said. “We want to ensure that our residents and community members feel safe here on Fort Hood.”

Fort Hood also plans to reignite some old initiatives that have lost steam over the years, such as a ride-along program that allows unit commanders and noncommissioned officers from Fort Hood to accompany Killeen police during a shift to learn about the surrounding community. Precautions at the beginning of the coronavirus pandemic halted the program, Curry said.

Kimble also said he is eager for this program’s return.

“Military command can see what is happening in the city, first-hand. Responding to calls with officers sheds new light on the types of calls in which military personnel are involved,” he said. “It’s one thing to read a report versus being present at the call for first-hand experience.”

Fort Hood also began meetings this year of the Armed Forces Disciplinary Control Board, which can bar soldiers from visiting off-base establishments that are dangerous or known to exploit or cheat soldiers. Fort Hood’s memo had hardly changed since 2013, with the same two businesses banned alongside certain types of businesses known to sell drug paraphernalia or unlicensed tattoo parlors, according to the Fort Hood report. At least one of those businesses has since closed.

“Leaders from commanders down to NCOs have a duty to closely monitor conditions off-post to address and, as much as possible, remediate high-risk areas and activities,” according to the committee’s report.

Last month, Fort Hood announced it added two bars -- Club Krush in Harker Heights and MJ’s Sports Bar and Grill in Killeen -- to the list because they don’t “meet the health and safety standards of our community,” White said.

White and Curry conceded there is still more to do to complete the recommendations of the report.

“We ask you all to help – wherever you can – as it will take a cohesive effort by us all to create a lasting, positive change for Fort Hood and our Army,” White said.