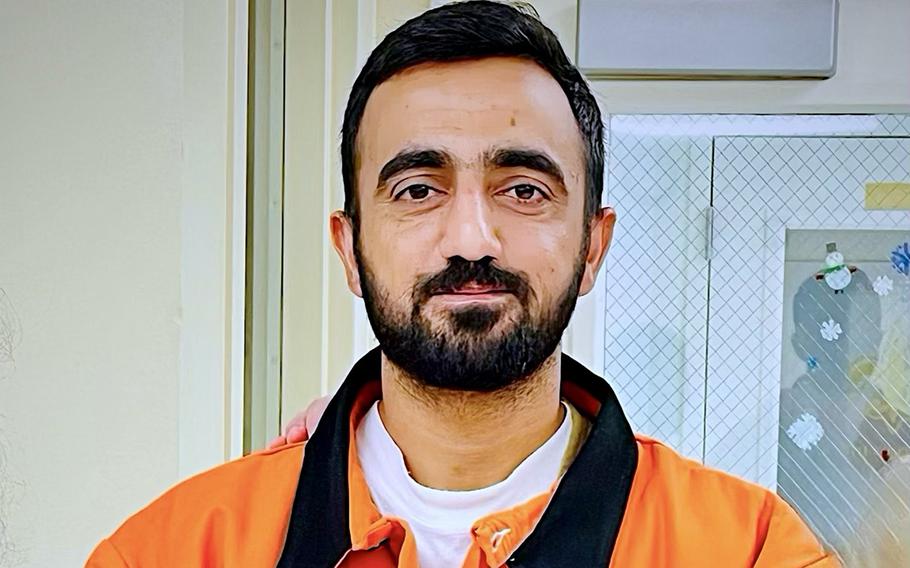 Abdul Wasi Safi, 27, a former Afghan military intelligence officer seeking asylum in the U.S., faced federal misdemeanor charges for crossing the U.S. southern border without authorization. The charge against him was dropped Tuesday, according to court records. (Sami-ullah Safi)

An ex-Afghan soldier arrested after crossing into the U.S. from Mexico in an attempt to seek asylum no longer faces a criminal charge of crossing the border illegally.

The misdemeanor against Abdul Wasi Safi, known as Wasi, was dropped, with a judge’s letter accepting the dismissal of the case received Tuesday, according to court records.

Wasi, 27, had fled Afghanistan to Brazil and then walked north through Central America before crossing the Rio Grande in Texas, where he was arrested. He has been in detention since September.

His brother Sami-ullah Safi, known as Safi, said he felt “a huge relief” after learning that the case against his brother had been dropped.

Safi, 29, had spent months advocating for his brother, whose case had drawn pleas from veterans groups and lawmakers asking for his release.

He credited efforts by U.S. Rep. Sheila Jackson Lee, a Texas Democrat, who pressed the U.S. government for a pardon. Republican U.S. representatives Dan Crenshaw of Texas and Michael Waltz of Florida also advocated for Wasi.

Lawyers for Wasi have said they could start his asylum case once the criminal case was dismissed.

Wasi is one of hundreds of Afghan asylum seekers reported at the U.S. southern border after the American-backed government in Afghanistan fell to the Taliban in 2021.

U.S. Customs and Border Protection logged 2,177 encounters with Afghans on the southern border from October 2021 to the end of 2022, according to numbers provided to Stars and Stripes.

Asylum seekers must be physically present in the United States to apply, but the U.S. asylum system is outdated and unable to process the numbers of applicants, immigration advocates say.

After arriving at the border, some Afghans are allowed entry and can reunite with family members as they wait for the resolution of their asylum cases. There were 173 Afghans were in U.S. Immigration and Customs Enforcement custody as of Jan. 9, 2023, the agency said.

This story has been updated to correct the number of Afghans encountered at the border.