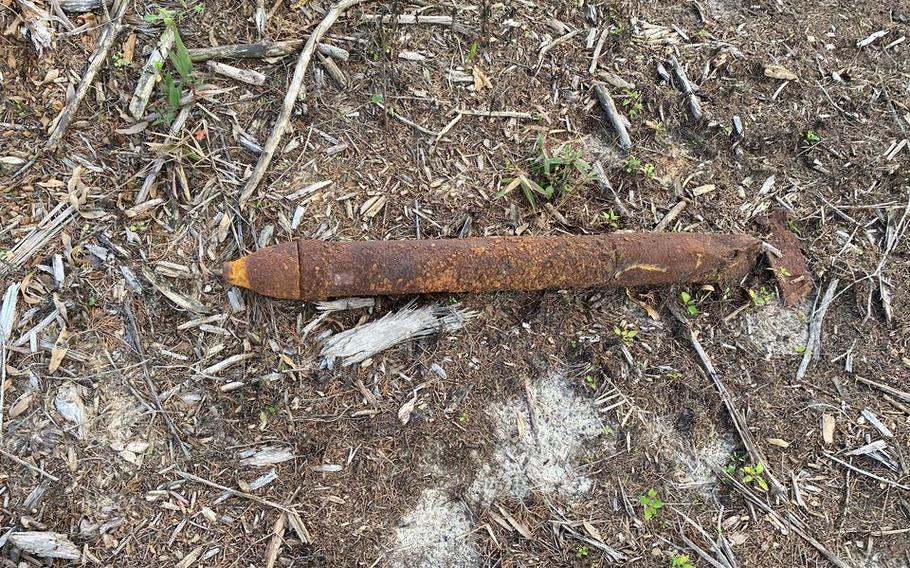 Another wayward military projectile has been found in Florida — this time by a homeowner digging in their yard with an excavator. (Citrus County (Fla.) Sheriff’s Office/Facebook)

(Tribune News Service) — Another wayward military projectile has been found in Florida — this time by a homeowner digging in their yard with an excavator.

It was the homeowner who called 911, reporting an apparent World War II explosive in their backyard on Kindlewood Trail in Brooksville, according to Jan. 20 news release. Brooksville is about 50 miles north of Tampa.

Investigators did not reveal whether the excavator struck the missile or just exposed it.

“Once both teams were on scene it was learned that the homeowner had dug up the military ordnance with his excavator,” the Citrus County Sheriff’s Office reported. “After several X-Rays and research, it was determined that the ordnance was a World War II practice rocket.

“The rocket was deemed safe to move, and MacDill EOD safely removed the rocket and transported it back to Tampa.”

The fate of the rocket was not revealed, and it’s still a mystery how it came to be buried in someone’s yard.

The discovery came just days after a World War I anti-ship personnel round was brought to a pawn shop in North Port, Fla., according to police. The projectile had never been fired.