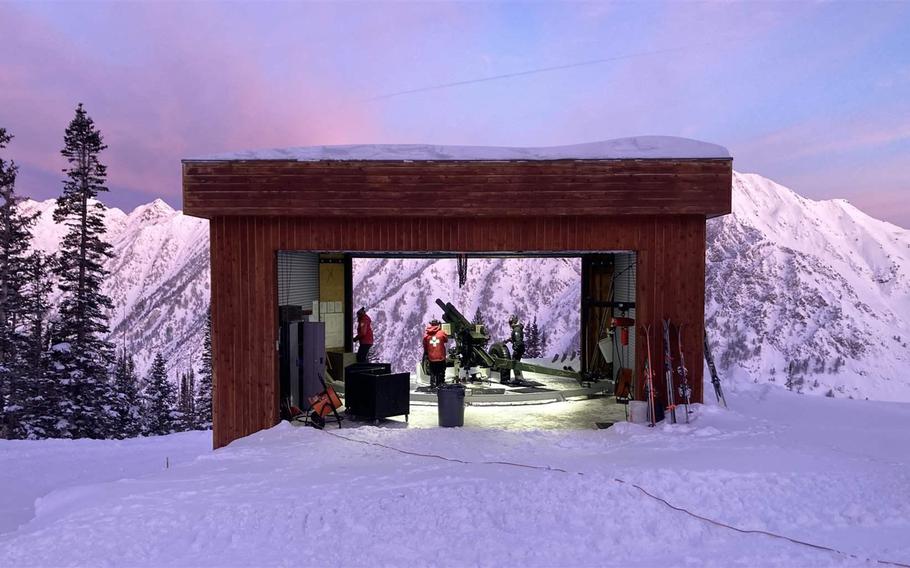 (Tribune News Service) — One morning this month, after more than 31 inches of snow fell in the previous two days, Utah transportation workers opened a huge garage-type door in a building near a state highway and fired a military howitzer up a mountain in the Salt Lake Valley.

The explosion triggered several avalanches that buried State Route 210 in Little Cottonwood Canyon. In some areas, the snow was 13 feet deep and 150 feet wide. Officials then sent in crews with specialized heavy equipment to clear the two-lane road. They reopened it later that afternoon.

On average, 30 natural and controlled avalanches blanket Route 210 every winter, according to Steven Clark, the Utah Department of Transportation’s avalanche program manager. The agency still relies heavily on howitzers, but is trying to reduce their use, he added. While a round has never fallen short of its target, he noted, the idea is to limit firing rounds in part because of all the people who live and work nearby.

The Utah department is one of at least eight Western state transportation agencies that use various techniques to set off avalanches, aiming to keep motorists safe and protect roads from damage and lengthy closures. Many agencies still use howitzers, but like Utah, they’re increasingly turning to high-tech explosive methods that can be safer and easier to use, such as fixed towers, explosives dropped by helicopter and remote-control systems that detonate compressed air and gases.

“It’s getting harder and harder to find the ammunition to use,” said Rick Nelson, coordinator of the American Association of State Highway and Transportation Officials’ snow and ice cooperative program. “It’s more cost-effective to go with remote systems.”

State transportation officials trigger controlled avalanches when they forecast that a natural avalanche, common in Western states with mountain ranges, might threaten a roadway. 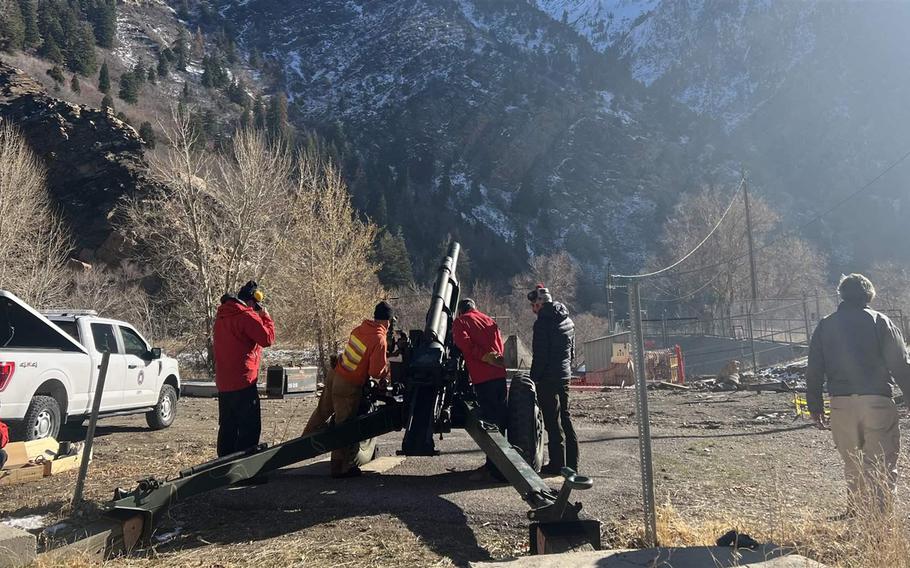 “A (natural) avalanche can catch motorists unaware and sweep them off the road or leave a big snowbank in the middle of the road that drivers may be unaware of and run into,” Nelson said, adding that it can take less time to clean up a road after a controlled avalanche.

As the snowpack begins to build in the fall and into the winter, it forms layers that bond together. But sometimes, when they don’t, additional snow, rain or warming from the sun can trigger an avalanche, a mass of snow, rock and other material that runs down a slope called an avalanche path, gaining speed rapidly. It can be a cohesive slab or loose snow.

Avalanches can cause havoc on the road below, especially when a massive amount of snow and debris, such as rocks and trees, come barreling down the slope.

“Depending on the size of the avalanche, you don’t want to be in the way of it,” said John Stimberis, an avalanche forecast supervisor at the Washington State Department of Transportation. “Drivers can be buried, if it’s large enough.”

State transportation avalanche teams such as the one Stimberis oversees constantly monitor conditions, including the temperature and wind speed, existing snow levels and whether there is new snow or rain. If they determine they need to trigger an avalanche, they try to control how, when and where it will hit.

“You want to bring that snow down under your terms, as opposed to under nature’s terms,” Nelson said. “A lot of small avalanches are a lot better than one big one.”

Crews must undergo special training and typically need to be licensed by states to detonate avalanche explosives.

At Snoqualmie Pass in the central Washington Cascades, transportation officials monitor about 30 avalanche paths along Interstate 90, which carries tens of thousands of vehicles a day, according to Stimberis.

The agency also uses “passive” methods, such as large ditches with a wall that creates a barrier; big earthen berms that change the course of the avalanche and direct it away from the highway; and snow nets that anchor the snowpack to prevent avalanches from occurring. One of the biggest successes, Stimberis said, has been a pair of bridges the agency built in 2016 on a section of I-90. When an avalanche releases, the snow flows under the highway rather than onto it.

In Colorado, transportation officials coordinate with the Colorado Avalanche Information Center, a state agency, which provides eight forecasters who keep crews abreast about conditions on avalanche paths above highways.

Jamie Yount, winter operations program manager at the Colorado Department of Transportation, said his agency monitors 400 avalanche paths throughout the state and regularly sets off controlled avalanches at about half of them, including on Interstate 70, a busy highway.

Yount said his agency uses various avalanche control techniques, such as units that can set off blasts from the top of the mountain and remotely controlled towers.

“The big push is for remote systems,” he said. “You can use a computer, a radio or even a cell phone, to detonate it and start the avalanche.”

One of the newest devices is an egg-shaped exploder that uses hydrogen and oxygen. Staffers build a tower with a controller on a mountain and fuel it with fresh gas cylinders in the fall. A helicopter hooks up to it and moves it to the starting zone. Then staffers use a computer to remotely open the gas valves and spark a detonation, which triggers the avalanche.

Yount said his agency also has used Army surplus howitzers from the 1940s and ‘50s for many years, but it wants to phase them out in favor of more modern devices. It takes a four-person crew to shoot a howitzer; a remote system takes only one person, he said.

“Howitzers are more time-consuming,” he said. “And our crews are also exposed to the elements. With a remote, you’re in a nice, warm pickup truck.”

State avalanche program officials say that whatever methods they use to control avalanches, they’re not always guaranteed to work.

“There’s no hard and fast rule,” Yount said. “You’re trying to deal with Mother Nature. We’re pretty good at it, but everybody still gets surprised now and then.”