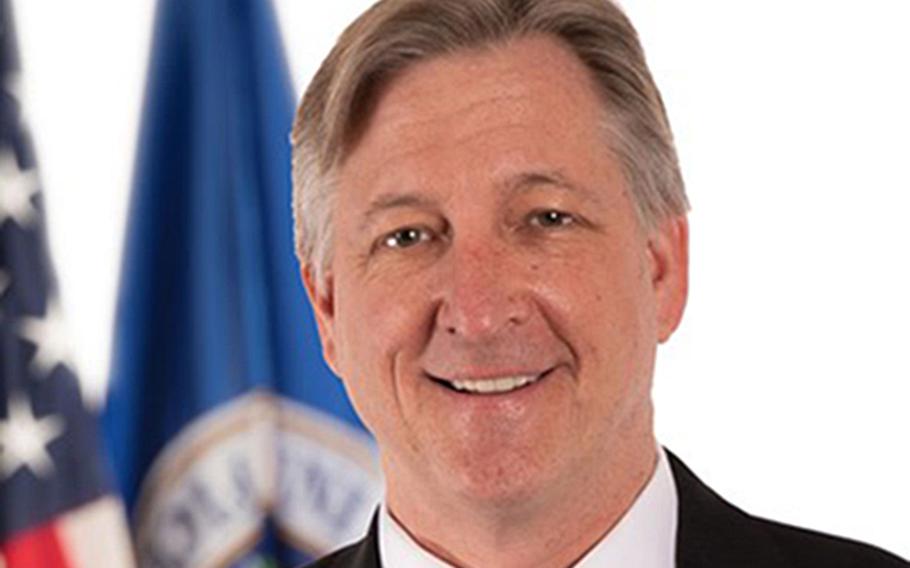 Douglas A. Glenn, a former Defense Department senior executive still employed by the federal government, used the N-word and sexually suggestive remarks while speaking with subordinates during work in the Pentagon, the DOD Inspector General said in a recent report. (Office of Personnel Management )

A former Defense Department senior executive still employed by the federal government used the N-word inside the Pentagon, made sexually suggestive remarks to staff and drank alcohol in the office without authorization, the military’s inspector general said in a new report.

Douglas A. Glenn, who in 2021 served as the principal adviser to the secretary of defense for budgetary and fiscal matters, made racially insensitive remarks on multiple occasions, according to IG findings released Thursday.

“We concluded that Mr. Glenn engaged in an overall course of conduct that failed to treat subordinates with dignity and respect by making sexually suggestive and racially insensitive comments in the workplace, resulting in the creation of an offensive work environment for his subordinates,” the Defense Department Inspector General said in a statement.

The IG said it forwarded its findings to Glenn’s current employer, the U.S. Office of Personnel Management, for appropriate action.

Investigators launched their probe after anonymous complaints from staff about a hostile work environment.

The IG interviewed dozens of staff members. Glenn, when interviewed by the IG, acknowledged using the N-word twice during one conversation, but said it was not his intent to cause offense.

The incident happened during a February 2021 meeting in which Glenn said he wanted to have an all hands discussion on diversity and inclusion. A staff member tried to dissuade Glenn from holding such a meeting because a similar session earlier in the month went poorly, the IG said.

During the discussion, Glenn described a misunderstanding with a former co-worker.

“Specifically, I recited an occasion where I misheard a coworker,” he told investigators. Instead of “negative attitude,” Glenn said he thought the former colleague said “(N-word) attitude.”

“I was completely mortified, and apologized for the misunderstanding,” he told investigators.

Glenn said he wanted to share the story during the next all hands meeting to have an “open discussion to better understand each other,” the report said.

The IG found that Glenn “failed to treat subordinates with dignity and respect by using the N word in the workplace.”

Use of the word, “even for illustrative purposes,” offended several staff members, the IG said.

During the earlier telephonic all-hands meeting attended by hundreds of staff members, Glenn also questioned the accuracy of former President Barack Obama’s past accounts of his experience with racism, which caused consternation among the staff, the IG said.

During the same meeting, Glenn asked an Asian American subordinate “to share her feelings” about being an Asian female in a department that considers China its biggest threat, the IG said.

Other awkward office moments included an instance when Glenn made sexually suggestive comments, including “all balls, no bush,” and referred to a subordinate as a “hot blonde,” the IG said.

The IG also investigated allegations that Glenn drank alcohol in his office with subordinates and concluded that he did so without required written authorization on at least two occasions.