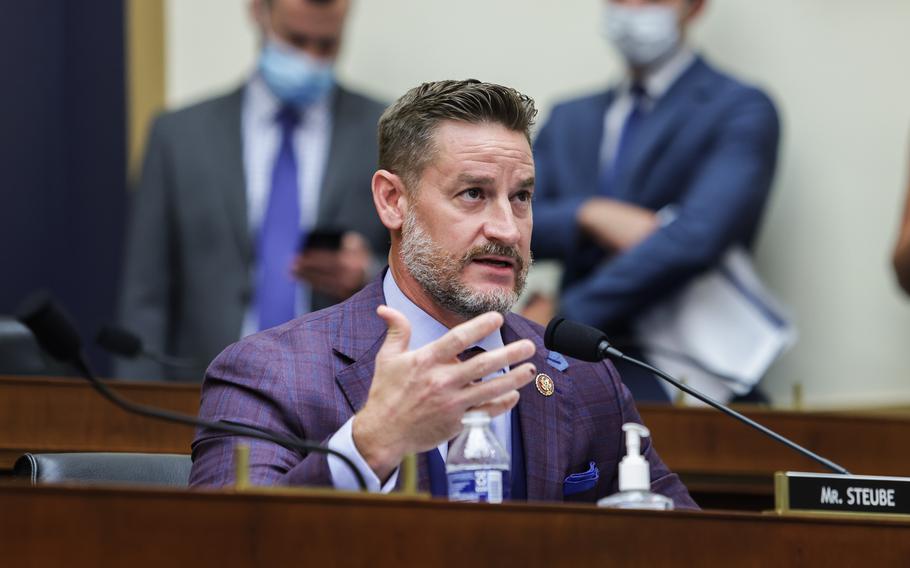 WASHINGTON (Tribune News Service) — Florida Rep. Greg Steube was in an accident at his home Wednesday and “sustained several injuries,” according to a tweet from his official account.

“Congressman Steube was involved in an accident on his property late this afternoon and has sustained several injuries. We will provide additional updates when possible. Please pray for the Congressman and his family,” the tweet read.

A report from Florida Politics said that Steube fell doing home maintenance, reportedly from a high ladder or a roof, and was taken to a Sarasota region hospital. A spokesperson for Steube did not respond to a request for comment on his condition.

Steube was reportedly found by a staffer for fellow Florida Republican Vern Buchanan, who was doing part-time delivery work in the neighborhood.

First elected in 2018, Steube served as an Army captain before he was elected to the state legislature and then to Congress. A member of the Judiciary and Foreign Affairs committees in the 117th Congress, he was named last week to the Ways and Means Committee.

Steube, 44, drew attention last year during a Judiciary Committee hearing that he was joining via video from home when he showed off some guns and high-capacity magazines and said that at his house, “I can do whatever I want with my guns.”

With a slim, four-vote majority, every vote counts for Republicans and absences could create challenges for House Republican leadership.