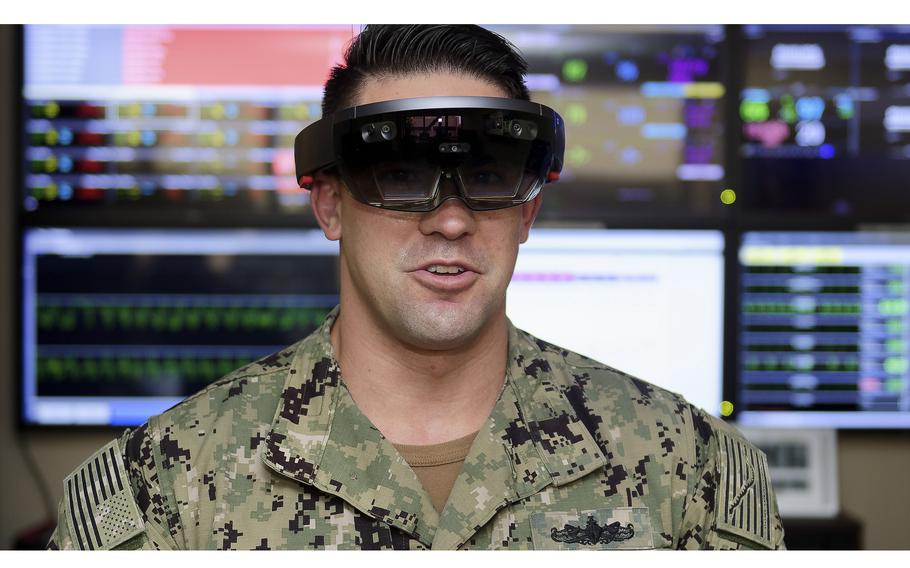 Microsoft, which is eliminating 10,000 jobs and trimming some of its hardware lineup, will reduce its HoloLens goggles business as it scales back work on a headset for the U.S. Army that Congress declined to fund this year, according to people familiar with the matter.

The software maker will take a $1.2 billion charge in the second fiscal quarter related to the overall job cuts and "changes to our hardware portfolio," Chief Executive Officer Satya Nadella said Wednesday in a memo. Some of those changes relate to the HoloLens goggle and the Integrated Visual Augmentation System, or IVAS, being designed for the Army, said the people, who asked not to be identified because the plans are confidential.

Workforce reductions began Wednesday in Microsoft's mixed-reality group, which makes HoloLens and IVAS, said one of the people. Microsoft plans to complete the entire 10,000 layoffs by the end of March. The company declined to comment on the actions affecting the HoloLens group.

Microsoft won't be getting more orders for its combat goggles anytime soon after Congress earlier this month rejected the U.S. Army's request for $400 million to buy as many as 6,900 of them in the current fiscal year. The rejection of the request, in the $1.75 trillion government funding bill approved in December, reflects concern over field tests of the goggles, which are adapted from Microsoft's HoloLens headsets. The tests disclosed "mission-affecting physical impairments," including headaches, eyestrain and nausea.

It's the latest setback for the company's troubled HoloLens project, which was unveiled with much fanfare and enthusiasm in 2015 but has struggled to find customers. The Army deal, initially announced in 2018, by 2021 was set to run five years, with the option of five more years, and a maximum value of almost $22 billion. Instead, the project has been beset by delays related to the product and federal funding. The goggles are taking longer to get up and running and the project may never reach the hoped for total value, one of the people said.

Insider reported earlier this month that the executive in charge of the Army goggles project was leaving Microsoft.

Last year, Alex Kipman, the executive overseeing HoloLens, exited after being accused of inappropriate behavior toward female employees at Microsoft by current and former workers in an Insider report. Kipman had been the public face of the initiative and after his departure it was split into software and hardware groups under executives who people said at the time were much less committed to the device.

The future of HoloLens also raised questions about Microsoft's strategy for the metaverse. That plan involved software like avatars for the Teams chat and conferencing application, which was released in a private preview in October. Other companies, like Meta Platforms, have run into delays and issues with their metaverse plans. And Apple Inc. still plans to unveil its first mixed-reality headset this year, but is postponing an important follow-up product — lightweight augmented reality glasses — due to technical issues, Bloomberg reported.