McCarthy invites Biden to deliver State of the Union address on Feb. 7 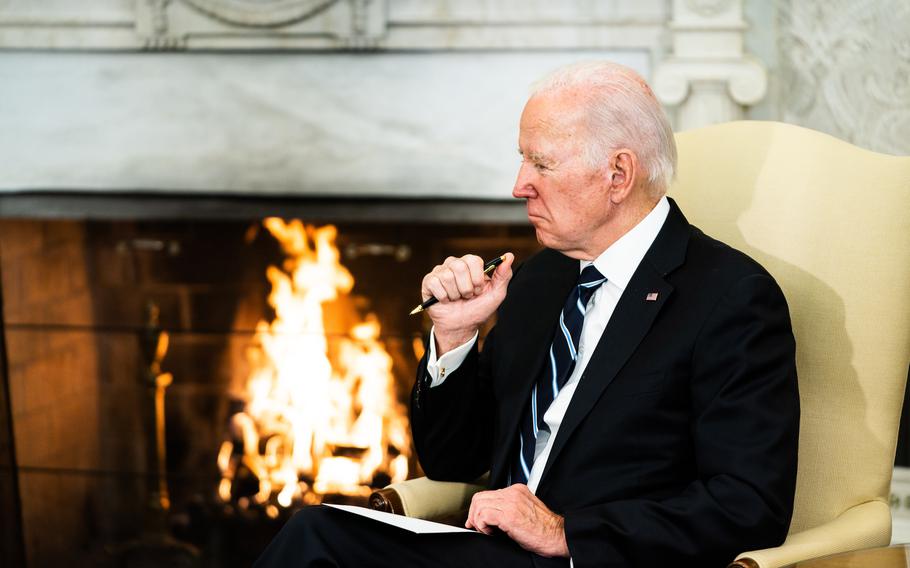 WASHINGTON — House Speaker Kevin McCarthy (R-Calif.) on Friday invited President Joe Biden to deliver the State of the Union address to a joint session of Congress on Feb. 7.

"The American people sent us to Washington to deliver a new direction for the country, to find common ground, and to debate their priorities," McCarthy said in a letter to Biden, adding, "Your remarks will inform our efforts to address the priorities of the American people."

White House press secretary Karine Jean-Pierre told reporters at the daily briefing that Biden had accepted the invitation and later issued a statement saying Biden was grateful for the prompt invite.

"He looks forward to speaking with Republicans, Democrats and the country about how we can work together to continue building an economy that works from the bottom up and the middle out, keep boosting our competitiveness in the world, keep the American people safe and bring the country together," Jean-Pierre said.

The speech will mark the first time that Biden will address a divided Congress, as Republicans hold majority control of the House following gains in November's midterm elections and Democrats increased their advantage in the Senate by one seat.

Last year, Biden delivered the State of the Union address on March 1.