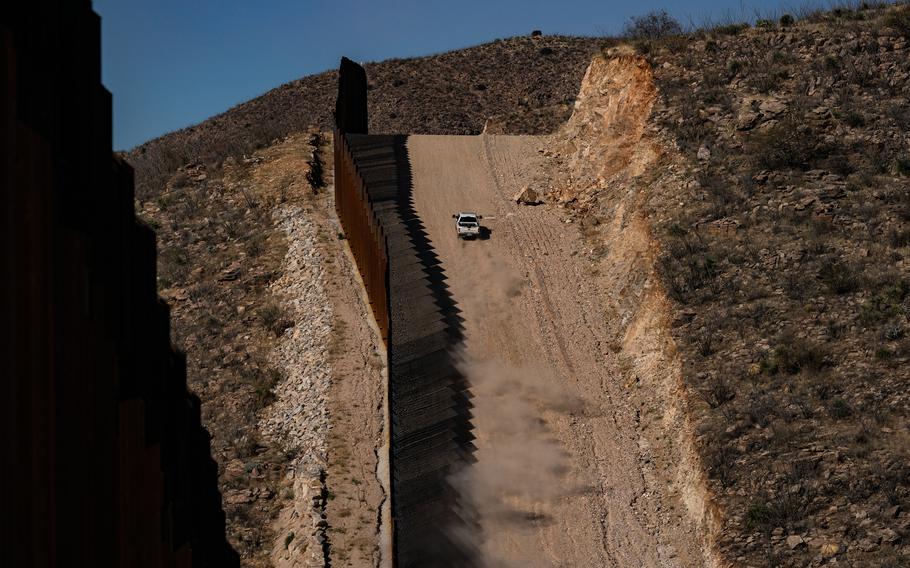 The Biden administration will direct U.S. border agents to use greater discretion when deciding whether to engage in high-speed vehicle pursuits of suspected smugglers and drug traffickers, U.S. Customs and Border Protection said Wednesday.

The policy change does not prohibit high-speed chases but will increase oversight of agents who engage in vehicle pursuits and require them to submit written justifications for the decision to race after suspects. The policy will take effect in May.

"Vehicle pursuits do inherently pose risk — to members of the public, officers, and agents, and those in a vehicle being pursued who may not be willing participants," CBP said in a statement. "The updated policy acknowledges these risks and emphasizes a risk— based approach when it comes to pursuits."

CBP officials have been struggling to contend with record numbers of illegal border crossings since Joe Biden took office. The migration wave includes large groups of border-crossers who willingly surrender to U.S. agents to seek asylum. But many others, including previous U.S. deportees, travel with smugglers who seek to evade capture by making dangerous getaway attempts.

Horrific accidents are commonplace along border highways where the white-knuckle chases occur, sometimes culminating in crashes that injure or kill local bystanders.

One of the deadliest incidents occurred in California's Imperial Valley in March 2021 when 13 people died after the overloaded SUV carrying them collided with a tractor trailer. CBP officials said smugglers packed at least 25 migrants into a Ford Expedition with seating for eight. The vehicle's 22-year-old driver was among those killed in the crash.

Wrecks are followed by wild "bailout" scenarios in which smugglers veer off the road and send migrants scattering in multiple directions. Some have been struck by passing vehicles or forced passing drivers to swerve out of the way and crash.

CBP officials said their new directive brings the agency's pursuit policies in line with the best practices of other large U.S. law enforcement agencies that have determined the public safety risks to high-speed chases often outweigh the potential benefits.

U.S. agents generally barrel after suspected smugglers and migrants along rural highways and back roads near the border, especially if drivers ignore orders to pull over. After 9/11, border agents were trained to place a priority on interdicting and identifying anyone who enters the United States illegally, in case that person might pose a national security threat.

CBP said agents will be familiarized with the new guidelines over the next several months and the higher standard for what constitutes a reasonable decision to chase. The public safety threat of a particular suspect will be a factor, officials said, so that a suspected gang member or major narcotics trafficker would be a better candidate for a high-speed chase than migrants who are believed to be farmworkers, for example.

Officials said agents will be encouraged to rely on other tools to follow suspects when possible, such as helicopters and aerial surveillance equipment. The new measures are designed to avert crashes and recognize that migrants packed into overloaded vehicles often have little choice of how they travel when they are in the hands of smuggling organizations.

"CBP is continually updating policies to reflect best practices, public safety needs, and evolving public expectations" acting CBP commissioner Troy Miller said in a statement. "The safety of officers, agents, and the public are paramount as we carry out our mission."

The overhaul of CBP pursuit policies was one of the changes pushed by Commissioner Chris Magnus before he was forced out in November after clashes with Border Patrol officials and Homeland Security Secretary Alejandro Mayorkas. Magnus did not immediately respond to a request for comment.