Yes, a branch of the Army Corps of Engineers did make a cat calendar 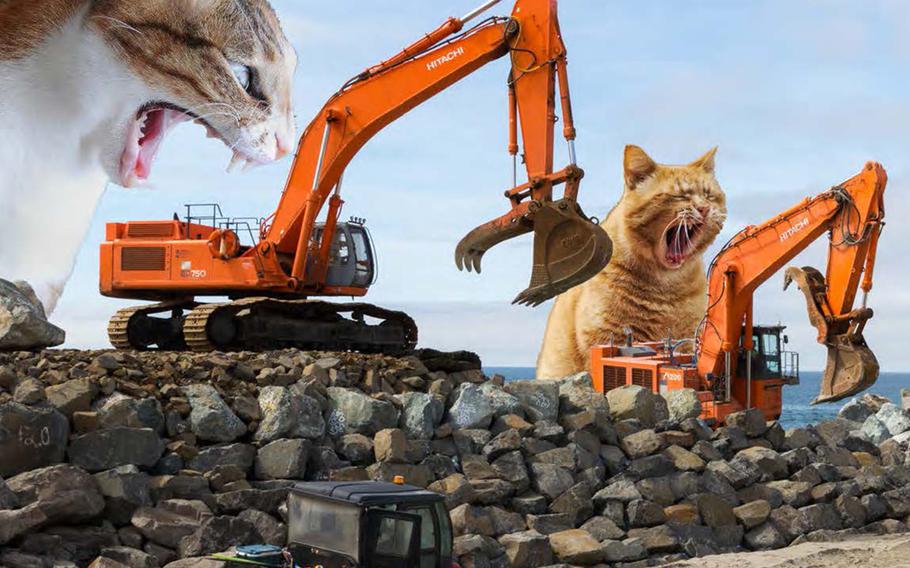 Gigantic cats using hydropower dams as scratching posts are just some of the pawed pinups in a 2023 calendar released by Pacific Northwest-based U.S. military personnel.

The photoshopped felines are part of an effort by the Portland, Ore., branch of the U.S. Army Corps of Engineers to portray their work in an entertaining light.

Staffers at the Portland office, which handles civil works in Oregon and southwestern Washington, placed the big cats into landscape photos of some of their most notable projects.

February’s cats play with a crane, August’s cats scream at excavators and November’s prowl near a fish ladder. “I will use levity whenever I can; that’s what people enjoy,” Gaylord said. “That’s not us dumbing things down. That’s us respecting and not taking for granted the attention of our publics.”

Gaylord added that he plans to add dogs to the mix in the spring. The cat calendars are free to download as a PDF that can be printed out here.

More cats roam around Portland-area dams in photos in the district’s Twitter feed and on its Facebook page, which often feature gifs referencing pop culture.

The Portland district is one of 38 in the U.S. Army Corps of Engineers, which has approximately 37,000 personnel, most of them civilians, according to its website.

The agency operates more than 700 dams and 12,000 miles of inland waterways, a 2022 report by the Congressional Research Service said.