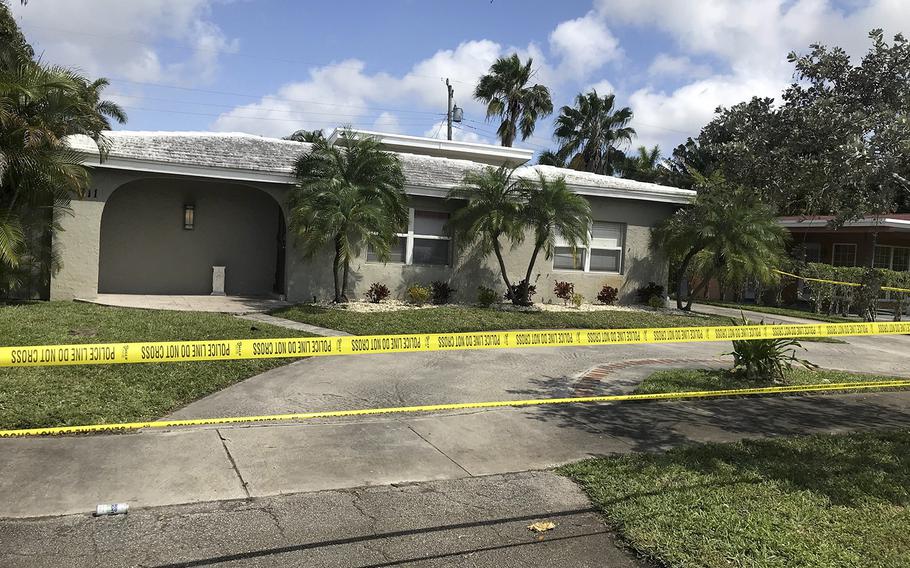 Axel “Gee” Casseus, 21, entered his pleas before U.S. District Judge Beth Bloom on Thursday, according to a court docket. He signed a plea agreement with the government as well as a statement outlining the facts of the case.

For his “timely” admission of his involvement, court papers say, the government is willing to recommend to the judge a sentencing range of 9 to 15 years after deciding to not include an offense of serious bodily harm committed against two unidentified overdose victims who were hospitalized.

Under the law, Casseus could face a mandatory minimum of 20 years in prison on the first count of distributing cocaine with fentanyl. The second charge stemming from the sale of cocaine to an undercover police officer carries a maximum term of 20 years.

Casseus also faces up to $1 million in fines on each charge, as well as the forfeiture of any ill-gotten gains from his dealings.

The U.S. Attorney’s Office did not respond to a request for comment on Friday. Casseus’ attorney, assistant federal public defender Aimee Ferrer, did not immediately respond to phone and emailed requests for comment.

A federal indictment was returned against Casseus last May for allegedly selling the drugs to young vacationers who were staying at a home in Wilton Manors. At least one of the revelers was a football player for the U.S. Military Academy.

On March 11, Broward Sheriff’s Office deputies arrested Casseus in Hollywood on a drug trafficking charge arising from the sale of cocaine to an undercover officer.

He was suspected of selling the laced drugs to the Spring Breakers but was not charged in that incident until the indictment was returned in May,

Meeting on the beach

A criminal complaint authored by the U.S. Drug Enforcement Administration alleged that two of the six Spring Breakers who overdosed had met Casseus on Fort Lauderdale Beach on March 9 — the day before the overdoses.

Those two, who are identified only as M.T.B. and R.A.F. in the statement signed by Casseus, were taken to a hospital just 11 minutes after buying the drugs.

The statement of facts filed in court Thursday reflects the DEA complaint that says Casseus told the visitors at the beach that he sold cocaine and gave them his phone number. One of the Spring Breakers saved the number in his phone under the name “Gee fort lauderdale plug.”

The student later texted Casseus about buying drugs until the deal was completed about 4:30 p.m. on March 10 outside the Wilton Manors vacation home. Minutes later, two of the students overdosed and were taken to hospitals. A hazardous materials team from Fort Lauderdale Fire Rescue was summoned to render the home safe.

On March 11, Casseus was arrested by authorities in Hollywood after selling cocaine to an undercover officer on Federal Highway in Fort Lauderdale. After the arrest, he was found with $600 in bills he obtained from the agent and admitted being involved in the Wilton Manors cocaine sale.