WASHINGTON — Hundreds of National Guard troops are on the ground in Western New York providing badly needed help after a devastating winter storm brought the area to a chilly and snowy standstill, military officials said Tuesday.

At least 4 feet of snow fell in the Buffalo area on Saturday, Sunday and Monday and has caused all kinds of chaos — from canceled flights to impossible road conditions. Authorities also say dozens of people have died as a result of the storm, and President Joe Biden has approved a disaster declaration to make New York eligible for federal aid.

On Tuesday, the New York National Guard said it has deployed more than 450 soldiers and airmen to the Buffalo area to help in all kinds of ways — such as giving backup to Buffalo police officers, transporting health workers and patients and rescuing citizens in trouble. 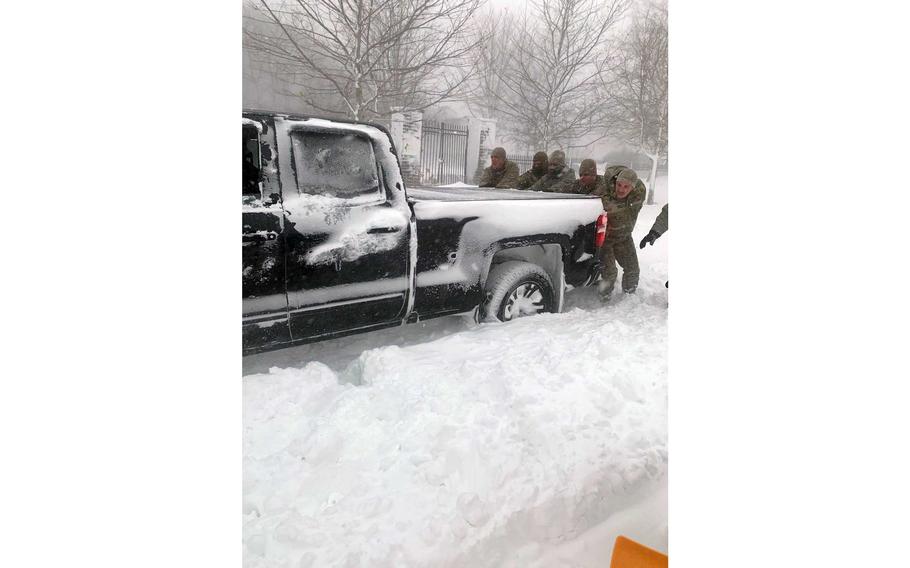 The New York National Guard said soldiers and airmen had rescued at least 86 people from hazardous situations by Tuesday afternoon. In one case, they transported a pregnant woman to a hospital just before she gave birth.

“We have a running joke internally about how many babies Lt. [Richard] Burns is going to deliver today,” Maj. Luke Udell, an Army operations officer in the Buffalo area, said of one of the Guardsmen.

The bulk of the historic snowstorm arrived in Western New York just before Christmas and dumped several inches on the Buffalo area on Christmas Eve, Christmas Day and the day after Christmas. As conditions worsened, New York Gov. Kathy Hochul mobilized the New York National Guard to help.

“This is an epic, statewide hazard,” said Hochul, who called it a “once in a generation” storm. She added that many shuttered highways reopened Tuesday. 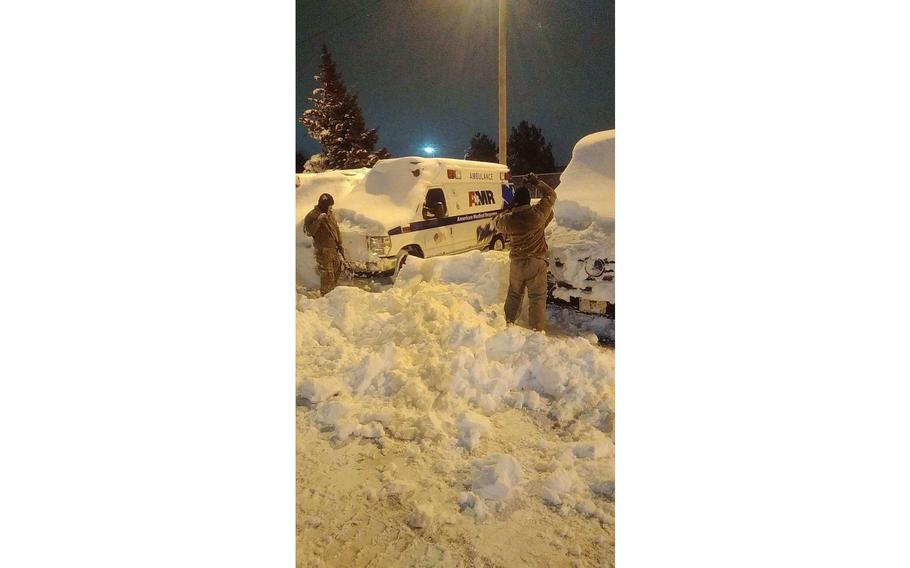 “That doesn’t mean we can let our guards down,” she said in a statement. “It will take many more days for the region to dig out.

“But this is still good news.”

In addition to the hundreds of New York National Guard airmen and soldiers that were already in Western New York, officials said at least 80 more would be mobilized.

Trouble with air travel to and from the Buffalo area, however, continues. “With consecutive days of extreme winter weather across our network behind us, continuing challenges are impacting our customers and employees in a significant way that is unacceptable,” the airline said in a statement Tuesday.

“We were fully staffed and prepared for the approaching holiday weekend when the severe weather swept across the continent.”

Officials said there will be a federal investigation into the cancellations to determine why Southwest flights were more affected by the winter storm than flights on other carriers.

“These operational conditions forced daily changes of an unprecedented volume and magnitude to our flight schedule and the tools our teams use to recover the airline remain at capacity,” Southwest added.

“With no concern higher than ultimate safety, the people of Southwest share a goal to take care of each and every customer. We recognize falling short and sincerely apologize.”