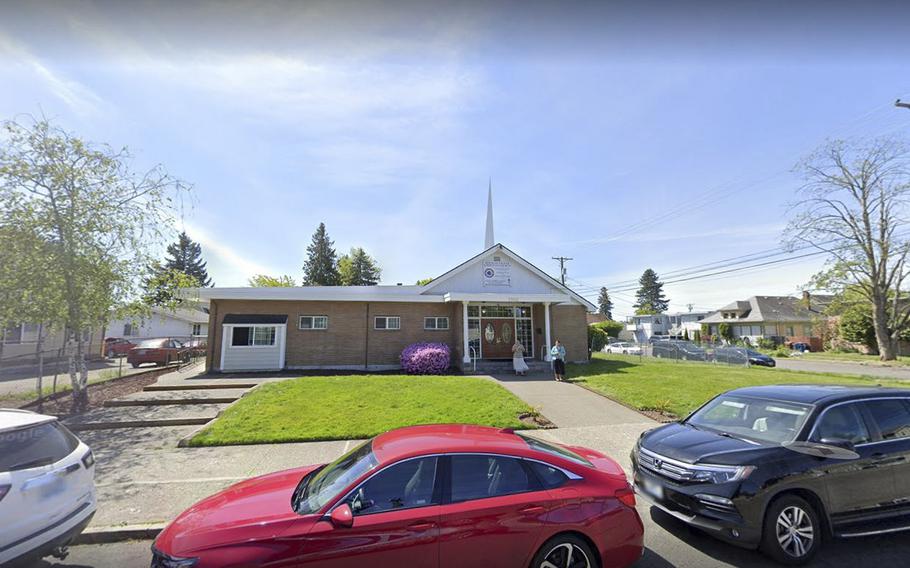 The outside of a church located at 3362 S. 54th St. in Tacoma, Wash. is seen. The FBI’s Seattle field office confirmed in June 2022. that agents conducted “court-authorized law enforcement activity” at the church’s Tacoma location on South 54th Street. (Google Maps)

(Tribune News Service) — A Tacoma seminary program associated with a chain of churches raided by the FBI earlier this year has lost approval to receive federal Veterans Affairs education funds. Former members have described the chain as a cult that defrauds soldiers.

In late June, the FBI served search warrants at several House of Prayer Christian Church locations near military bases, mostly in the Southeast. A former church minister told The News Tribune the Tacoma location on South 54th Street was constructed in 2004 and targeted soldiers at nearby Joint Base Lewis-McChord.

A JBLM spokesperson told The News Tribune this summer the base was aware of the House of Prayer and referred questions to federal law enforcement. The FBI’s Seattle field office confirmed “court-authorized law enforcement activity” at the church but declined to provide additional details.

A spokesperson for the House of Prayer declined to comment on the investigation.

Current and former members have accused the House of Prayer of draining veterans’ GI Bill funds by perpetually enrolling them in bogus seminary classes and pressuring them to gain 100% VA disability then donate their benefits, according to an August 2020 report sent to the VA by the legal assistance nonprofit Veterans Education Success. In the report, members also accused the church of using their personal information and forging signatures to apply for VA home loans without their knowledge.

Former members say the church is centered around the personality of founder Rony Denis and allege House of Prayer leaders harass and retaliate against those who speak out against the church, according to the report and interviews with The News Tribune.

Officials with the Washington Workforce Training and Education Coordinating Board, which approves GI Bill funding for non-degree-granting educational programs, visited the Tacoma House of Prayer facility on July 22.

The school declined to turn over student files, according to a spokesperson, and the Workforce Board revoked the school’s approval to enroll students using VA benefits on Aug. 1.

The Workforce Board first approved the school in 2014 following an application process and site inspection, according to a spokesperson. In June 2018, staff conducted an onsite compliance audit and identified “no errors.”

The Tacoma House of Prayer received more than $153,000 in Post-9/11 GI Bill funds from 20 students during the 2020 fiscal year, according to a VA database. Records showed 32 active GI Bill students this summer.

A Workforce Board spokesperson said the agency wasn’t aware of any efforts to warn local veterans about the college.

A 2018 report by the VA Office of Inspector General determined program reviews conducted by state approving authorities nationwide were inadequate and lacked proper federal oversight. The report estimated the VA made $585 million in improper payments on behalf of 11,200 students during the 12 months under review after an audit of six state agencies identified $1.54 million in improper payments for about 230 students.

Nationwide, the House of Prayer received more than $7 million in GI Bill funds between 2013 and 2022, according to a Military.com investigation of the church.