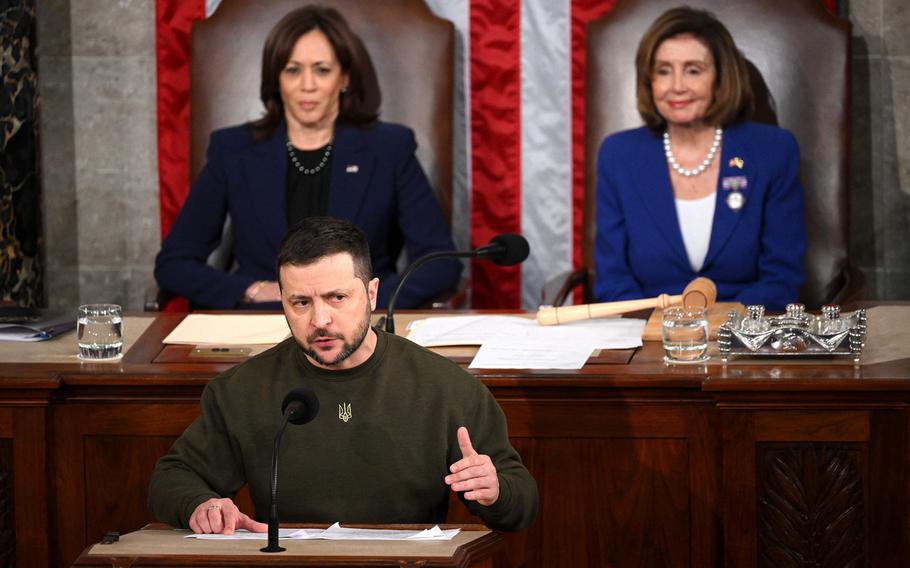 (Tribune News Service) — A tweet by Donald Trump Jr. that mocked Ukrainian President Volodymyr Zelenskyy with a naked photo of Hunter Biden was deleted by Twitter on Thursday.

The former president’s son posted the fake image late Wednesday after Zelenskyy received a rapturous reception for his address to a rare joint session of Congress.

The mash-up image depicted a nude Hunter Biden standing next to Zelenskyy as the wartime leader handed over a Ukrainian flag signed by frontline soldiers to Vice President Kamala Harris and House Speaker Nancy Pelosi.

The tweet spotlights the bitter opposition to helping Ukraine defend itself against the Russian invasion in the MAGA wing of the Republican Party.

Despite broad bipartisan support for Ukraine, some of Trump’s far right-wing supporters have railed against the aid, claiming that the U.S. should concentrate on domestic priorities.

Former President Donald Trump has had a chilly relationship with Zelenskyy since he was impeached for trying to bully the Ukrainian leader into digging up dirt on then-rival Joe Biden.

The ex-president hailed Putin as Russian troops poured into Ukraine last winter in what some expected would be a lightning-quick victory.