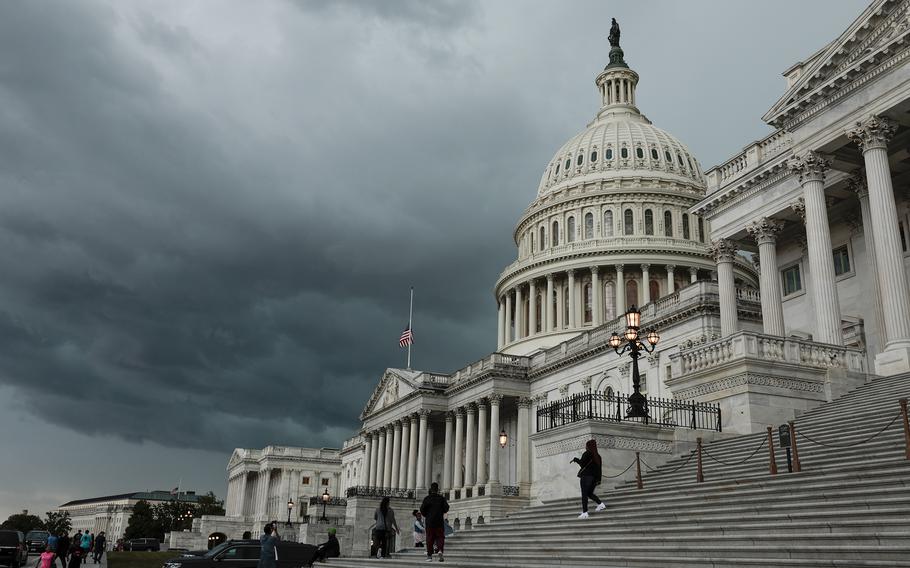 WASHINGTON — A last-second deal in the massive government funding bill will add $1 billion to the World Trade Center health program and buy several years before it runs into a budget crunch, the New York Daily News has learned.

Supporters and advocates had hoped to pass a $3.6 billion measure authored by Sen. Kirsten Gillibrand, D-N.Y., that would have permanently plugged the hole and covered military personnel who are ill from responding to the Pentagon attack in 2001. The health program is facing a $3 billion deficit over the next decade.

The 9/11 health fund money was unexpectedly left out of the original version of the $1.7 trillion spending, prompting outrage from advocates and New York lawmakers.

The failure sparked a flurry of intense behind-the-scenes dealing and wheedling, not to mention finger-pointing at Schumer, who sets the agenda in the U.S. Senate.

Late Wednesday, Gillibrand and Schumer took a deal to get $1 billion to at least shore up the program. The money is being added as an amendment and will have to be voted on, but is expected to pass easily with McConnell’s support.

The move sparked both relief and anger. On one hand, the $1 billion probably pushes the worst problems for the health program until 2027. On the other, a stopgap like that does not fix the underlying formula used to fund the program, which helped cause the deficit.

“I’m not going to thank anybody,” 9/11 advocate John Feal told the Daily News. “We’re putting a Band-Aid on a machine gun wound.”

Feal had pressured Schumer by blaming him for failing to get the larger bill passed in the first place. But McConnell and Republican senators also got an earful from cops, firefighters and Long Island Republican Rep. Andrew Garbarino, R-N.Y., to at least reach a compromise, sources said.

While many of the bill’s permanent provisions fell out in the deal, it does include funding for the World Trade Center Program to begin research on the people who were exposed to 9/11 toxins as children.

Feal said he planned to be part of an event announcing a new bill next month to fix all the problems.

“I look forward to going to D.C. on Jan. 24 to introduce a bipartisan piece of legislation to fix this the right way. I gotta be brutally honest,” he said.