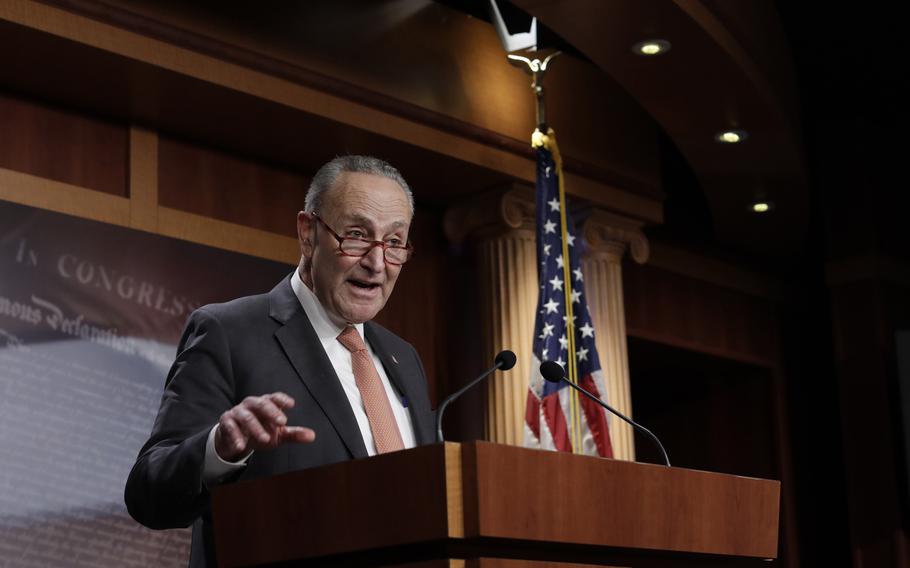 WASHINGTON — The Senate was scrambling Wednesday to agree on passing a budget to keep the government from shutting down at midnight on Friday.

That set off a fierce struggle by senators who lost out on their priorities, and is threatening to derail the process with just two full days left.

“There is no reason for the Senate to wait, and plenty of reasons to move quickly,” Schumer said, pointing to the Christmas holiday and a looming winter storm. “I urge my colleagues not to stand in the way of moving this process forward. Nobody wants a shutdown. Nobody benefits from a shutdown.”

But some senators are standing in the way, hoping to win votes on their amendments.

Lists of about a dozen possible amendments provided to the Daily News by sources suggested there could be some 13 votes required to pass the so-called omnibus spending bill, including proposals by some Republicans to cut spending.

One possible vote is for a $3 billion bill that would even out compensation for about 5,600 spouses and children of 9/11 victims. One key measure that is not yet on a list is a $3.6 billion bill to end a projected deficit to benefit the 120,000 people in the 9/11 health care program. But that and other possible amendments were still being vigorously pursued, sources and senators said.

Sen. John Thune, R-S.D., the No. 2 Republican in the Senate, warned reporters that little appeared to be settled.

“You know how all this stuff goes: It’s peaks and valleys, and we’re in a valley right now,” Thune said, though he added that Congress could move fast once deals are struck.

“Once an agreement is locked in, we can at least sit at our desks and start voting, and just boom, boom, boom, boom,” Thune said. “We can get through a lot in a hurry. But there will have to be some things that happen before we get to that.”

In the Senate, rules give any single senator the ability to string out votes, and passage often requires 60 votes. The upper chamber can only move quickly if everyone agrees.