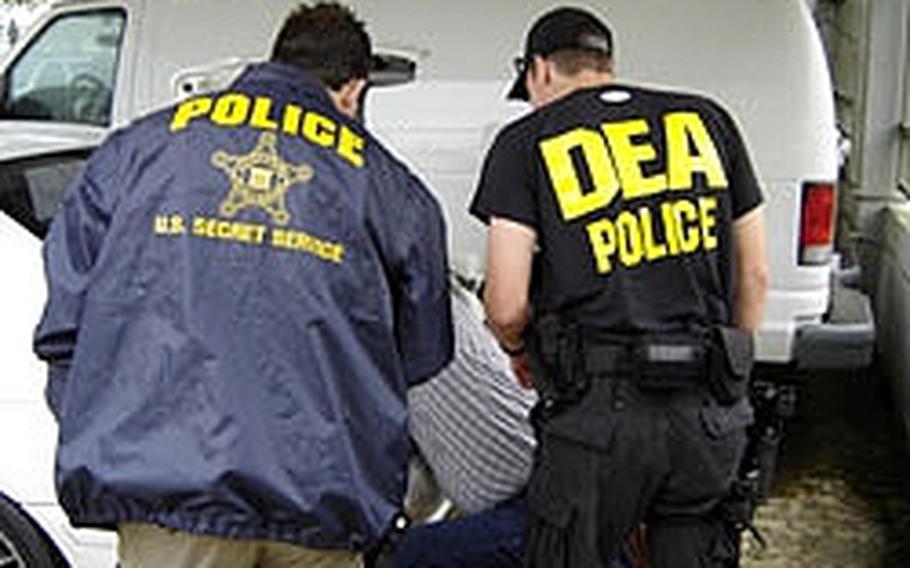 The Drug Enforcement Administration said Tuesday it has seized more than 379 million potentially fatal doses of illegal fentanyl this year, as Mexican drug-trafficking organizations continue to flood the United States with the cheap synthetic opioid responsible for record numbers of U.S. overdose deaths.

The agency said it has confiscated more than 10,000 pounds of fentanyl powder and 50.6 million illegal fentanyl tablets so far in 2022. That was twice the number of tablets seized in 2021, when more than 107,000 Americans died of drug overdoses. Two-thirds of those deaths were caused by fentanyl, according to U.S. public health data.

Anne Milgram, the DEA administrator, said the seizures recorded by the agency this year contained enough fentanyl “to kill everyone in the United States,” home to about 330 million residents.

“DEA’s top operational priority is to defeat the two Mexican drug cartels — the Sinaloa and Jalisco (CJNG) Cartels — that are primarily responsible for the fentanyl that is killing Americans today,” Milgram said in a statement.

A Washington Post investigation published last week found that illegal fentanyl has become the leading cause of death for Americans ages 18 to 49. Fatal overdoses from fentanyl have surged 94 percent since 2019, and the drug now claims more lives in the United States than car accidents, gun violence or suicides, The Post reported.

The DEA seizure numbers released Tuesday represent only a partial count of the volume of illegal fentanyl detected by law enforcement agencies this year. The statistics do not include seizures tallied by U.S. Customs and Border Protection along the southern border, where authorities detected more than 14,000 pounds of illegal fentanyl — a record amount — during the fiscal year that ended Sept. 30.

Last month, CBP seized more than 2,900 pounds of the drug along the Mexico border, the highest one-month total ever, according to figures obtained by The Post.

Fentanyl, 50 times more potent than heroin, has become a billion-dollar business for drug cartels that produce the highly addictive narcotic in clandestine laboratories in Mexico. “Most of the fentanyl trafficked by the Sinaloa and CJNG Cartels is being mass-produced at secret factories in Mexico with chemicals sourced largely from China,” the agency said in the news release.

The traffickers typically press the drug into tablets designed to resemble prescription pain pills or blend the fentanyl into the kind of powder mixtures sought by habituated opioid users seeking stronger doses. Some drug dealers in the United States also lace methamphetamine, cocaine and other illegal drugs with fentanyl powder to boost potency and get more customers hooked.

U.S. authorities estimate they are only catching 5 to 10 percent of the illegal fentanyl that crosses the southern border, primarily in commercial trucks and passengers vehicles that arrive at official crossings.

The DEA issued alerts last month warning that 6 out of 10 illegal fentanyl tablets sold on U.S. streets now contain a potentially lethal dose of the drug, up from 4 in 10 last year. U.S. agents and others on the front lines of the crisis said the cartels have boosted the potency of their tablets in response to market demand for stronger and stronger doses from customers who develop an opioid tolerance.

That has made the basic dosage unit — the tablet — even more deadly to a first-time user or someone who does not know they are consuming fentanyl.

Fentanyl pills sold on U.S. streets are often “made to look identical to real prescription medications — including OxyContin®, Percocet®, and Xanax® — but only contain filler and fentanyl,” the DEA said, warning people against trying to buy any of those legal drugs through social media sites.

“Fake pills are readily found on social media. No pharmaceutical pill bought on social media is safe,” the DEA said. “The only safe medications are ones prescribed directly to you by a trusted medical professional and dispensed by a licensed pharmacist.”

The DEA said it has started providing a regularly updated tally of fentanyl seizures to track how much of the drug the agency is confiscating.