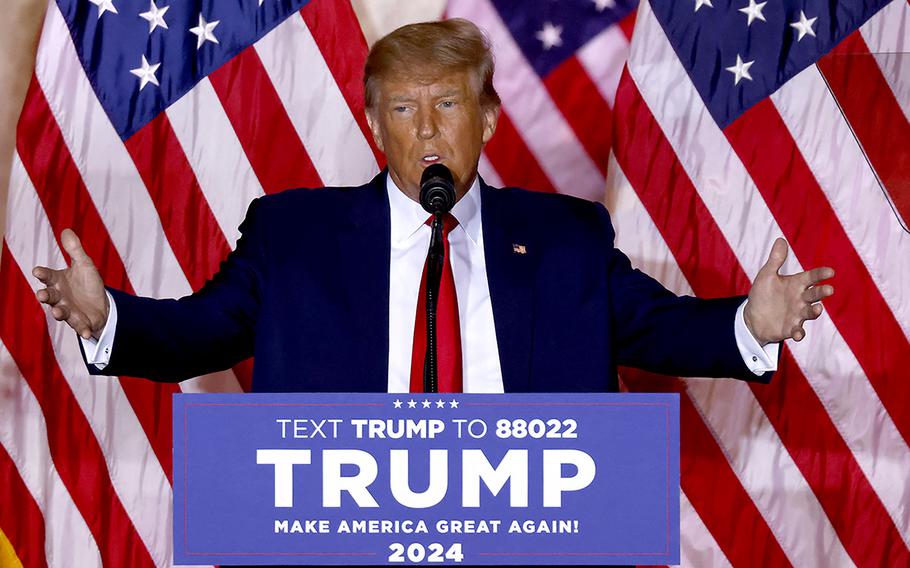 The internet-based cartoon cards showing a photoshopped Trump in superhero poses have sold out since they were first offered to the public at a price of $99, according to the site where they are being hawked.

On digital resale markets, the cards have since more than doubled in price to the equivalent of more than $200, according to Coindesk, a web site that tracks cryptocurrency assets.

Some 45,000 cards were issued as non-fungible tokens, or NFTs, meaning the digital cards are unique and stored using blockchain technology that supposedly guards against duplication, theft or forgery.

Speculators are asking as much as $24,000 for one of the cards that is considered rarer than the others, although it does not appear that anyone has actually forked over that much cash.

If true, the launch’s success could counter broad ridicule of Trump over what he hyped as a “MAJOR ANNOUNCEMENT!”

Critics as well as some of Trump’s staunchest supporters expected a big political announcement to jump-start his low-energy 2024 presidential campaign. Instead they got what appeared to be a crypto version of previous failed Trump marketing schemes like Trump Steaks and Trump University.

Like many crypto assets, there is little way to assess the veracity of the claims about the sales or prices of the Trump cards. It’s also unclear exactly who is profiting from the sales.

A disclaimer notice on the Trump announcement claims that neither Trump himself nor his company benefits, adding to the murkiness of the entire project. It says the launch is not tied to “any political campaign.”

The NFTs appear to be marketed by an entity dubbed NFT INT LLC, which may have licensed Trump’s name and image.

The supposedly booming sales of the Trump cards run counter to the general decline in enthusiasm for NFTs and cryptocurrency assets in general.

Crypto prices have plunged from lofty heights in recent months and have taken a new ding with the implosion of FTX.com, a once-leading firm that promised investors safe and convenient ways of trading cryptocurrencies.