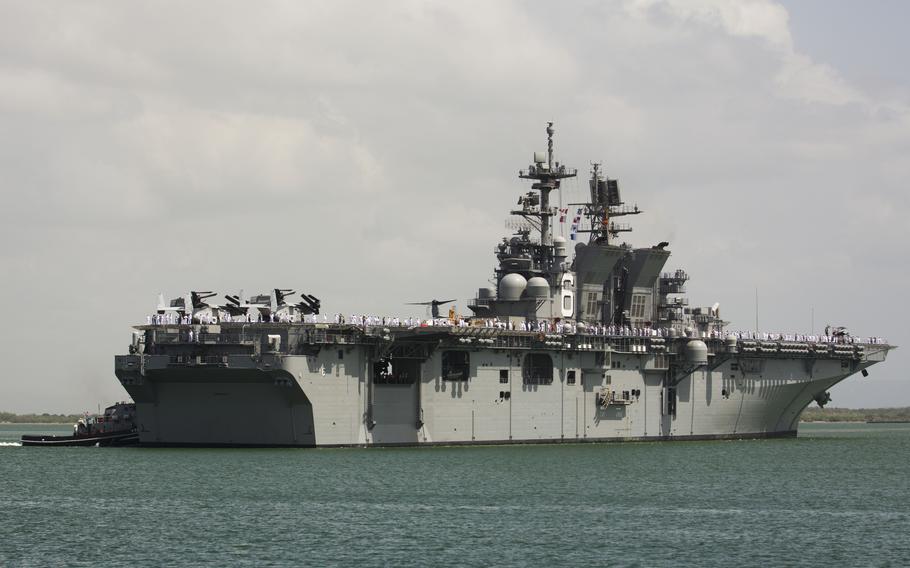 The USS America pulls into Naval Station Guantanamo Bay, Cuba, July 21, 2014. The secretary of the Navy announced Dec. 13, 2022, that a future ship of the America class will be named the USS Fallujah to commemorate battles fought by Marines in Iraq.   (Scott Pittman/U.S. Navy)

A future America-class amphibious assault ship will bear the name USS Fallujah to commemorate the battles Marines fought in that city during the Iraq War, Secretary of the Navy Carlos Del Toro announced Tuesday.

“It is an honor to memorialize the Marines, Soldiers, and coalition partners that fought valiantly and those that sacrificed their lives during both battles of Fallujah,” Del Toro said at a press briefing. “This namesake deserves to be in the pantheon of iconic Marine Corps battles and the [amphibious assault ship’s] unique capabilities will serve as a stark reminder to everyone around the world of the bravery, courage, and commitment to freedom displayed by those who fought in the battle.”

America-class warships are the largest amphibious assault vessels in the Navy’s fleet. They carry Marines to the scene of conflict or disaster, where their aircraft move them from ship to shore.

They are also small aircraft carriers designed to carry the F-35B Lightning II, a fighter capable of vertical takeoffs and short-landings, and the MV-22 Osprey tiltrotor aircraft.

The two ships of its class in service — the America and Tripoli — were built with enlarged hangar decks, enhanced aviation maintenance facilities, increased aviation fuel capacity and additional aviation storerooms, according to the Navy.

A third ship in the class, the USS Bougainville, is under construction at Huntington Ingalls Industries in Pascagoula, Miss., and is expected to join the fleet in 2024, according to a Navy factsheet.

The two battles fought in Fallujah, Iraq, in 2004, first in April and again in November and December, are considered the bloodiest fighting of the Iraq War and the fiercest urban combat involving Marines since the Battle of Hue City in 1968. More than 100 coalition troops were killed and over 600 wounded, according to the Navy. 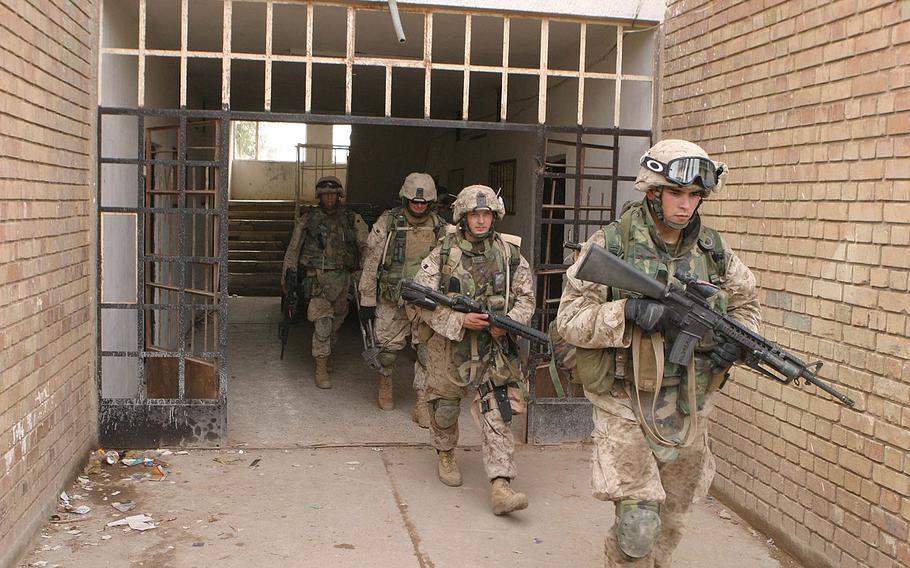 The First Battle of Fallujah was an effort to capture or kill insurgents responsible for the killing of four U.S. contractors, according to the Navy. The Second Battle of Fallujah, fought between Nov. 7 and Dec. 23, 2004, was a major U.S.-led offensive to retake control of the city from insurgents and foreign fighters.

“At Fallujah, Marines and coalition forces defeated a determined enemy,” he said. “The USS Fallujah will serve as a reminder to our Nation and its foes why the USMC is the world’s finest.”