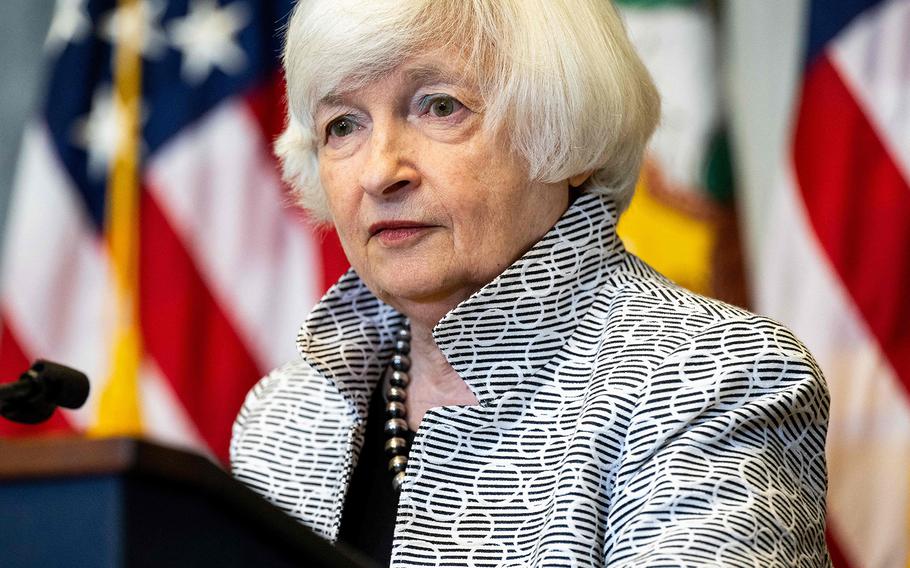 The U.S. has promised $38 billion in military aid and delivered $13 billion in direct aid to Ukraine already.

Asked in an interview on CBS’s “60 Minutes” how long that level of support can carry on, Yellen responded, “As long as it takes,” according to a transcript provided by the broadcaster.

The Treasury chief also gave a qualified thumbs-up on a new effort by the US and its allies — launched Dec. 5 — to limit Russia’s revenue from oil exports. The Group of Seven countries and the European Union put a cap on what Russia can charge for oil exports and still get access to crucial shipping services provided by EU and U.K. companies.

“The price cap only went into effect at the beginning of this week, but I would say, so far, so good,” Yellen said.

CBS also spoke to Yellen’s deputy, Wally Adeyemo, who cited the damage that sanctions have inflicted on Russia’s economy.

He hinted at how much intelligence the Biden administration has on Russian government activities.

“We’re able to view intelligence on Russia’s attempts to evade our sanctions,” Adeyemo said. “We also see intelligence about what Russia needs to continue its war in Ukraine.”