PHILADELPHIA — Thomas Brooks said it felt like “the universe” was mysteriously working on his behalf.

In October, his car was totaled. Then, two weeks later, he was surprised to get a call saying he would be given a free vehicle.

Brooks was one of two wounded military veterans honored Friday in Philadelphia during a charitable event intended to align with Saturday’s 123rd matchup of the Army-Navy football game to be played at Philly’s Lincoln Financial Field.

It was the “last chapter” of an effort to give away 100 vehicles, said Wayne Peacock, president and chief executive officer of USAA, which is celebrating its 100th anniversary as a financial institution serving military members, veterans and their families. “There’s no better way to do it than to have an Army vet and a Navy vet” here for the game. 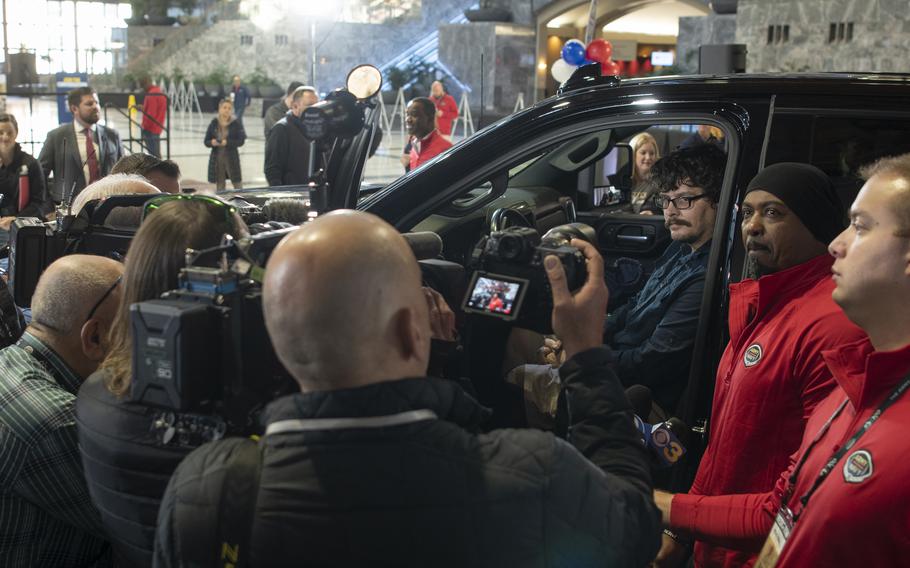 Wounded Army veteran Thomas Brooks sits inside a Chevy Silverado 2500 that was given to him during a charity event in Philadelphia Friday, Dec. 9, 2022 (Carlos Bongioanni/Stars and Stripes)

Since June, USAA and its charitable partners have given away 98 vehicles. Friday’s giveaways brought it to 100.

Brooks, a wounded Army veteran who had one leg amputated below the knee from injuries he sustained from mortar fire in Iraq in May 2004, got a Chevrolet Silverado 2500.

Pottinger said his organization found out that Brooks not only needed a replacement car but also had a desire for a vehicle that he could take off-roading to go hunting and fishing. After USAA found a suitable vehicle, Pottinger’s group arranged to have the lift installed, at a cost of $14,500. 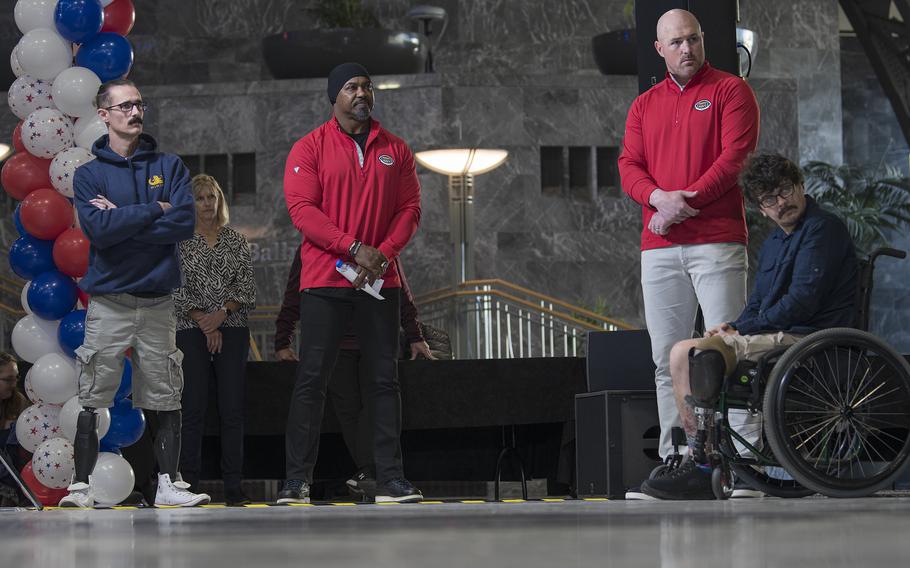 President and CEO of USAA Wayne Peacock speaks in Philadelphia on Friday, Dec. 9, 2022, during a charity event in which two wounded veterans received free vehicles. (Carlos Bongioanni/Stars and Stripes)

“Now he’s got himself the ability to get more independent,” said Pottinger.

The other vehicle given away Friday, a Chevy Tahoe, went to Navy veteran Chris Andrieu, a double amputee who was severely wounded in February 2013 from an IED blast in Afghanistan while serving with Navy SEAL teams as an explosive ordnance disposal technician.

Andrieu said he was surprised at how quickly things fell into place for him to be selected to get the Tahoe.

He said he got a call in October or early November from a triple-amputee veteran friend who said, “Hey, are you looking for a bigger vehicle?” His friend then told him of a nonprofit group giving away cars to vets. “And I was like, ‘sure.’ And he’s like, ‘just fill out the form.’ I was like, ‘OK.’ So I fill out the form, and the next day, they call me. They’re like, ‘hey, you’re gonna get the Tahoe.’” 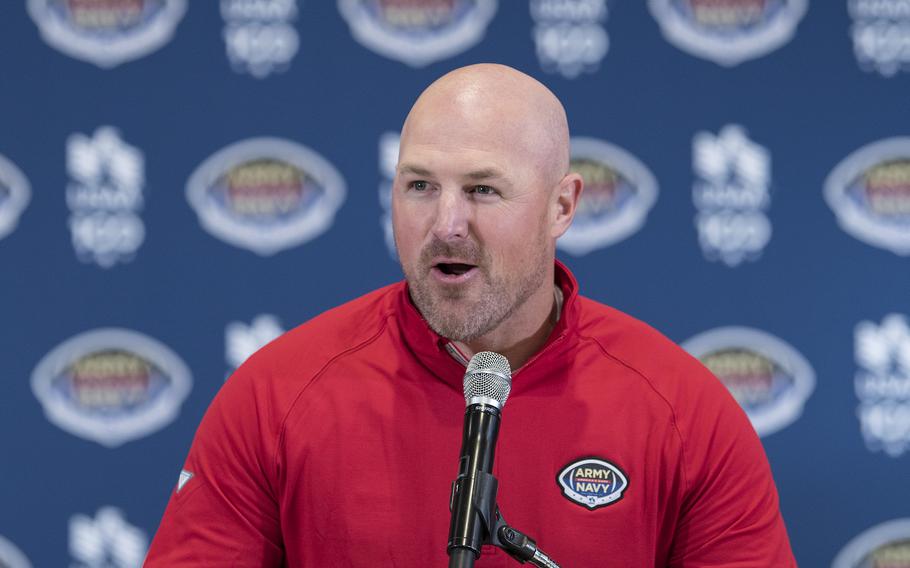 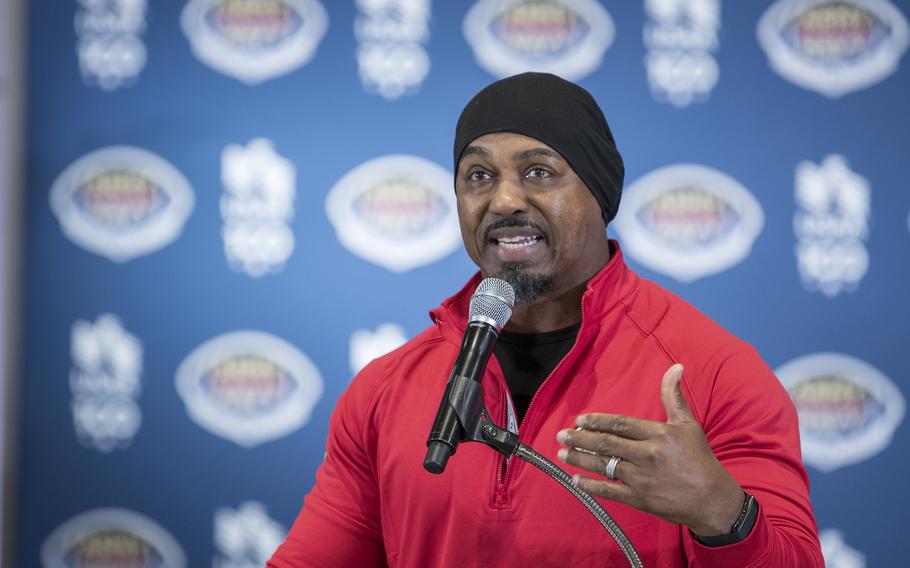 For both Andrieu and Thomas, an added bonus Friday was getting to meet two NFL stars who took part in the unveiling of the vehicles. Retired Philadelphia Eagles safety Brian Dawkins was paired with Thomas, and retired Dallas Cowboys tight-end Jason Witten was paired with Andrieu. Dawkins and Witten, who experienced intense rivalries between their teams during their NFL careers, were selected to represent the Army-Navy rivalry to be played out Saturday.