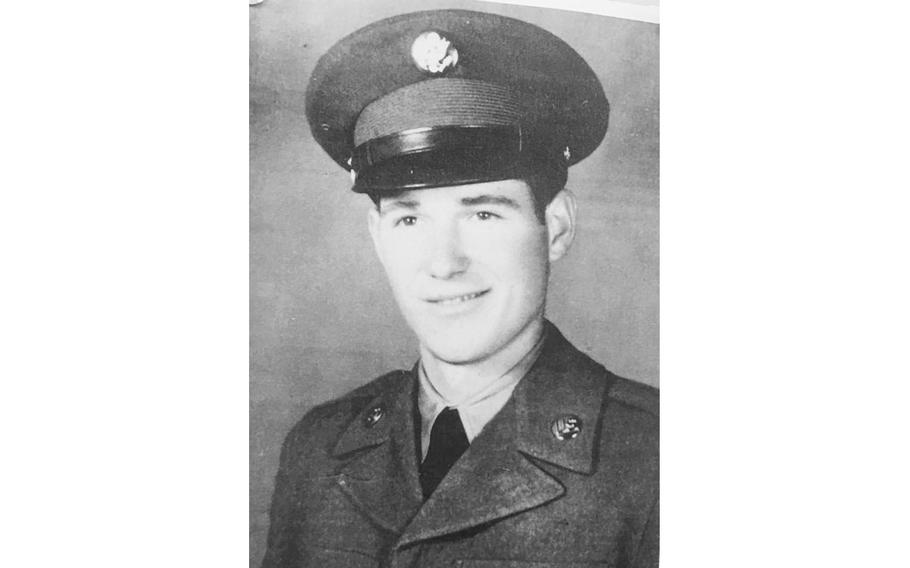 (Tribune News Service) — Friday was the day that the family of U.S. Army Pfc. Robert Wright had been waiting on for 72 years.

Robert Wright went missing in action during the Korean War in 1950. The Defense POW/MIA Accounting Agency (DPAA) announced in November that he had been accounted for as of Aug. 15.

A funeral Mass and burial was held Friday after Robert Wright’s remains returned to his hometown of Whitesville, Ky.

Mary Rose Wellmeier, a niece of Robert Wright, said it was a joyous occasion for his loved ones.

“It’s not a sad time, it’s a very happy time,” she said. “We finally got him home and he’s where he needs to be — by his parents.”

Wellmeier said Robert Wright was six years older than her and remembers visiting her grandparents where he would take the smaller children horseback riding or for a ride in a wagon on the farm.

“When he and his younger brother, Herman, were in high school, the classroom doors would be open and I would walk by and yell, ‘Hello Uncle Bobby!’ and he said I would embarrass him because he didn’t want anyone to know he was an uncle,” she said.

“All of our aunts and uncles are passed away, and he completes the circle,” he said.

Eddie Wright said Friday was a gratifying event after 72 years of not knowing what happened to his uncle.

“We don’t have to worry about it,” he said. “He is here, back home. That’s why we’re celebrating.”

Robert “Bobby” Arle Wright, nephew, was named after Robert Wright and traveled from Idaho for the service.

Bobby Wright said in August, it was told to him that they found Robert Wright and that it makes him proud to be an American.

“We bring our boys home,” he said. “To be able to put it to an end is amazing. It’s just such an awesome thing. I’m proud to be Robert Arle Wright.”

Nephew Blaine Wright said Robert Wright was 17 years old when he decided he wanted to enlist in the military.

“I had three uncles who were in World War I, they were his brothers,” he said. “He wanted them to be proud of him. That was his reason.”

Blaine Wright said Robert Wright was his reason as well.

“He was my legend; I grew up with the whole legend of Uncle Bobby and I, myself, wanted him to be proud of me,” he said.

Blaine Wright is a Texas resident who traveled to Whitesville for the service.

Millie Roberts, great-niece of Robert Wright and Knottsville resident, said she took her grandson, who is in JROTC, to meet the airplane in Louisville that Robert Wright flew back on.

“It really made an impact on him to meet the plane and see the community,” she said. “He explained it to his mom as the world stopped for one man and he saw the respect that the world showed one man and to him.”

Roberts said being able to meet the airplane implanted “one more American flag” on her grandson’s heart and encouraged him to pursue a career in the U.S. Air Force.

“He has seen the impact the community has had and he wants to serve his country,” she said.

Julia Young, a resident of Rockport, Ind., said her great-grandmother had faith in knowing Robert Wright would come back home so she bought a burial plot and headstone.

“That just show God’s faithfulness to that woman’s prayer for her baby to come home,” she said.

Keith Wright, Owensboro resident, said he knew about who Robert Wright was for his entire life.

“This finally puts an end to the legend and the story that I’ve known for my whole life,” he said.

Jessie Hettinger, a niece of Robert Wright, said the part of the service that she and her family talked about the most was when students from St. Mary of the Woods and Trinity High School students lined the streets to pay tribute to Robert Wright.

“The streets were lined all the way down with children,” she said. “That just got me. That was the most amazing thing. For those schools to let their kids out of school to watch him pass by, that was the most touching thing.”

Owensboro resident Mistie Hodskins, a great-niece, said she had never met Robert Wright, but grew up hearing stories about him.

“It’s just overwhelming and amazing,” she said. “Most funerals are solemn and sad, but this is a celebration. He’s been gone but we have him now. It’s a celebration of his life.”