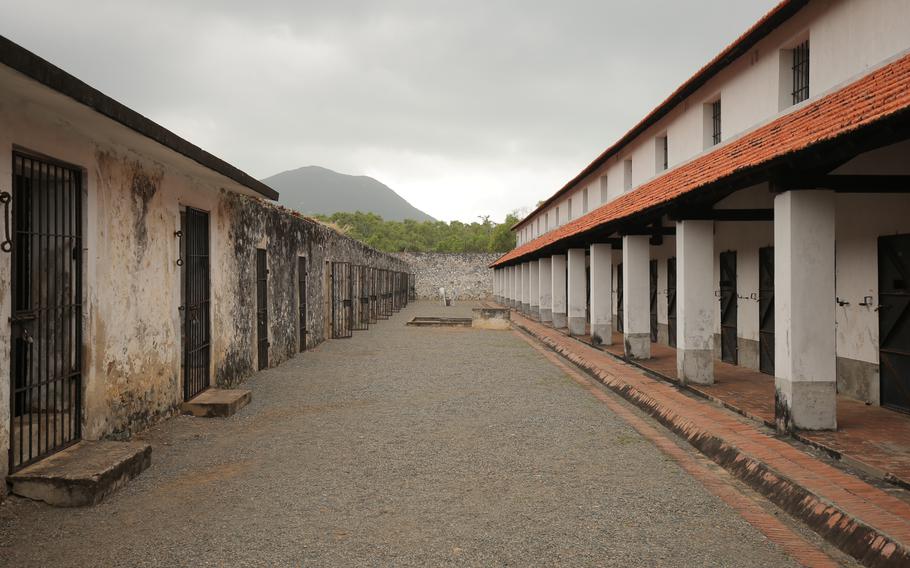 When students started to miss Don Luce’s class at the College of Agriculture in Saigon in the 1960s, he learned to expect the worst.

Some would never return. Others came back with stories of torture by South Vietnamese authorities looking for suspected communist sympathies or critics of the U.S.-led war against North Vietnam. The students were covered in bruises, welts and cigarette burns.

“One guy had three of his fingers cut off. Things like that,” recalled Mr. Luce, who came to Vietnam in the late 1950s with a U.S.-based volunteer group.

What he saw among his students began his evolution from a bystander in the Vietnam War to an influential activist who helped boost the antiwar movement back home with eyewitness accounts and aid to reporters and researchers — most notably in 1970 by showing members of a congressional team the horrific conditions inside a prison run by U.S.-ally South Vietnam.

Mr. Luce had a hand-drawn map, based on information from former inmates, showing the way to a hidden section where the hundreds of political detainees were held.

Photos of the “tiger cages” on Con Son island were taken by a young congressional aide Tom Harkin (D), who would later serve four decades as a U.S. representative and senator from Iowa. The images appeared in Life magazine in July 1970, showing emaciated prisoners crammed into enclosures where they could not stand or find relief from smothering heat.

“I remember clearly the terrible stench from diarrhea and the open sores where shackles cut into the prisoners’ ankles,” wrote Mr. Luce, who died Nov. 17 at a hospital in Niagara Falls, N.Y., at 88. “’Donnez-moi de l’eau’ (‘Give me water’), they begged.”

The last U.S. ambassador to South Vietnam, Graham Martin, said the “multifaceted activities” of Mr. Luce was a major force in turning the public and Congress against the war.

Mr. Luce was expelled by South Vietnam in 1971, but not before one more salvo from inside the country. An open letter by Mr. Luce from Saigon (now known as Ho Chi Minh City) appeared in newspapers across the United States, describing the fate of an 18-year-old student arrested by South Vietnamese agents on suspicion of aiding the North. In prison, the student’s legs were numb from being constantly shackled, and he was dying of tuberculosis, Mr. Luce wrote.

“I am writing this letter to say that you and I are responsible for this man,” Mr. Luce wrote. “Our taxes are paying an ever-growing police force to intensify its repression.”

Months later, after returning to the United States, Mr. Luce helped found the Indochina Mobile Education Project, which toured the country in a minivan to denounce the war and the U.S. alliance with South Vietnam. Mr. Luce, always soft-spoken, would calmly and methodically explain the missteps and atrocities of the war. At one event in Michigan, a Vietnam veteran yelled out: “You are telling it exactly how it is.”

At a Senate hearing in 1976 — a year after Saigon fell to North Vietnamese forces — the former U.S. ambassador Martin said Mr. Luce was part of “one of the best propaganda and pressure campaigns the world has ever seen.”

Even before the tiger case disclosures, Mr. Luce had established himself as a prominent voice of opposition to the war. In 1967, Mr. Luce resigned from International Voluntary Services, a church-founded aid group that also received U.S. government funding.

“We are finding it increasingly difficult to quietly pursue our main objective: helping the people of Vietnam,” said an open letter to President Lyndon B. Johnson, signed by nearly 50 people including Mr. Luce. “The war as it is presently being waged is self-defeating in approach.”

The Johnson administration saw the letter as a gut punch. Here were young and idealistic Americans in South Vietnam turning against the war.

Mr. Luce and a former International Voluntary Services colleague, John Sommer, followed up the letter with a 1969 book, “Viet Nam: The Unheard Voices.” They contended that U.S. tactics, such as destroying villages and farmland, and a lack of knowledge of Vietnamese culture helped swell the ranks of anti-U.S. guerrillas.

“We were trying to find a way to give the Vietnamese a voice in the debate,” Mr. Luce said.

During some public appearances in the 1970s, Mr. Luce carried objects made from the detritus of the war: baskets woven from radio wire and combs fashioned from metal from downed planes.

“There is a Vietnamese folk saying,” he would tell the audience, “that you can make the most beautiful things out of the weapons of war.”

Donald Sanders Luce was born on Sept. 20, 1934, in East Calais, Vt., where his father ran a 200-acre dairy farm and his mother was a teacher. He received a degree in farm management from the University of Vermont in 1956 and a master’s from Cornell University in 1958.

He then joined International Voluntary Services, which would become one of the models for the Peace Corps. No major U.S. combat troops were yet in the region, but the stage was set for conflict. Cold War-fueled divides had only sharpened after beleaguered French-led forces withdrew in 1954.

Mr. Luce began to learn the language by playing a dice game with a teenage boy in the Central Highlands.

In 1961, Mr. Luce was named country director for the agency as it expanded into teaching and community development. By the mid-1960s - with the U.S. military involvement sharply on the rise — the agency’s volunteers were under growing threat from guerrillas or getting caught in the crossfire.

After resigning from the agency, Mr. Luce briefly worked as a research associate at Cornell and then, in 1968, returned to South Vietnam with press credentials from the World Council of Churches. He mostly took on roles as a guide or interpreter for journalists covering the war, including Morley Safer of CBS and Carl Robinson of the Associated Press.

After the tiger cage story — which forced South Vietnam to close the site — Mr. Luce was told by South Vietnamese officials that his press card would be revoked. In early 1971, Mr. Luce said he was constantly followed. Once, after his apartment was ransacked, he found under his bedsheets a deadly krait snake known locally as a “two-step” because its venom was widely believed to kill you before you could take more than two strides. He left the country on May 5, 1971.

In the 1980s, Mr. Luce rebuilt a new network in Vietnam with programs to combat HIV and AIDS. He also remained a source for journalists, accompanying a television crew to Cambodia in 1979 to interview the Khmer Rouge’s genocidal leader, Pol Pot, over a chicken dinner at a jungle hideout, according to an online biography.

Mr. Luce’s husband, Mark Bonacci, confirmed his death. The cause was a heart attack.

In 1991, Mr. Luce led a group, including Harkin’s wife Ruth, to the former Con Son prison site, said Bonacci. Some people piled into the cages to get a sense of the brutal conditions. Within minutes, Bonacci recalled, Ruth Harkin had grown dizzy from the heat and others in the group scrambled out, panicked by claustrophobia.