US sticking with North Korea policy despite missile barrage 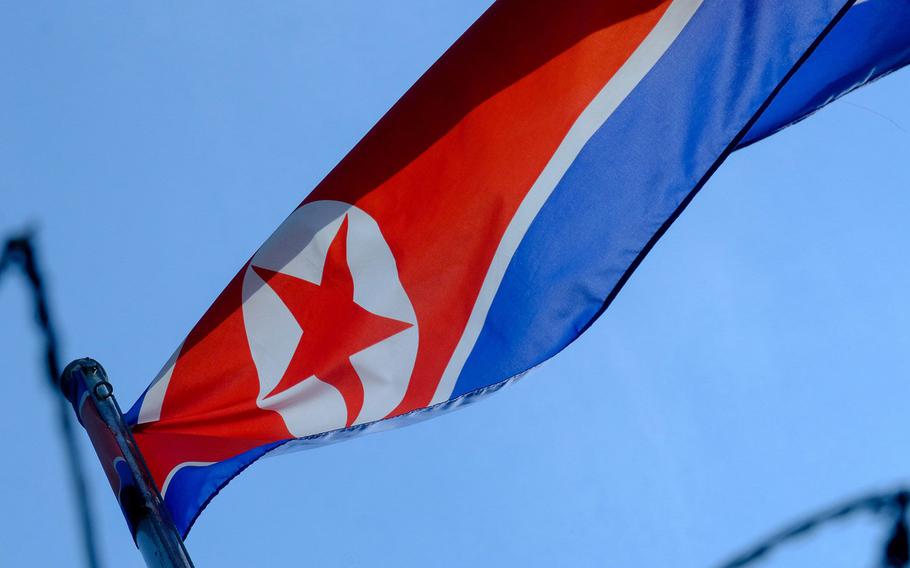 A North Korean flag flies at the Embassy of North Korea compound in Kuala Lumpur, Malaysia, on March 20, 2021. (Samsul Said/Bloomberg)

The Biden administration is not about to change its longstanding North Korea policy and will continue to focus on deterrence and stronger ties with Asian allies, a senior White House official said, despite leader Kim Jong Un's unprecedented barrage of missile tests in recent months.

The U.S. is "always examining our assumptions" about North Korea but believes "the course that we've been on has been effective and prudent," White House Indo-Pacific Coordinator Kurt Campbell told reporters Tuesday.

"It's undeniable that North Korea is one of the most challenging issues on the global stage," Campbell said on the sidelines of the Trans-Pacific Dialogue conference in Virginia hosted by South Korea's Chey Institute. "Our best approach is to ensure that we are, in fact, in lockstep with our allies and partners and we're going to continue with that."

North Korea, which has declared itself a nuclear-weapon state, has fired off a record number of missiles this year as the U.S. and its allies continue to pursue a policy that is aimed at the full denuclearization of the Korean peninsula while not officially recognizing that Pyongyang now has nuclear-weapons capability.

In November, North Korea test-fired a suspected intercontinental ballistic missile with an estimated range far enough to carry a warhead to the American mainland.

The sheer volume of missile tests — and the looming possibility of a seventh nuclear test — has prompted some observers to call for a change to longstanding U.S. policy, which has focused on sanctions and building ties with allies.

Nuclear weapons expert Jeffrey Lewis wrote an opinion piece in the New York Times in October calling on Washington to "contemplate the unthinkable" and accept North Korea as a nuclear-weapon state.

Campbell said the U.S. doesn't know when North Korea might test another nuclear weapon but said Washington has warned of the consequences of doing so.

"We've sent a very strong signal to North Korea, to China, to Russia, to others, that a seventh nuclear test would be destabilizing and extremely unhelpful during this delicate period," he said. "We're doing everything we can at this juncture and we frankly just don't know very much about the decision-making of Kim Jong Un and his team."

Campbell declined to answer questions about whether Washington would change aspects of it longstanding security umbrella in Northeast Asia by deploying nuclear weapons in South Korea, but said the U.S. is working to deter the use of such weapons in Asia.

"We are determined to maintain our nuclear umbrella under Japan and South Korea, even with the challenges that we're facing," Campbell said. "And we are in deep consultation with allies and partners on what's necessary in terms of making sure that our deterrent steps are critical and clear."