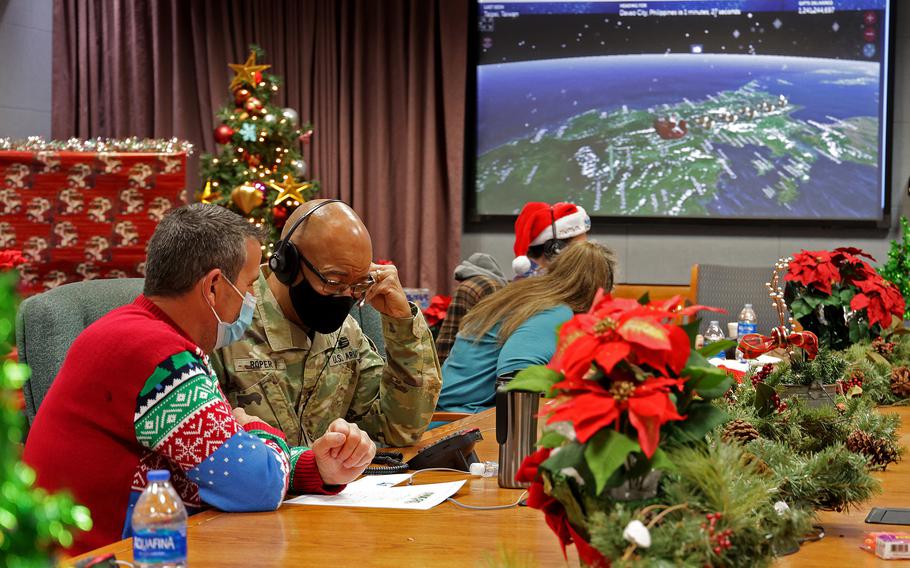 A military command that protects North America from potential air and sea threats has begun its annual side mission of preparing to track Santa Claus’ journey around the world on Christmas Eve.

On Thursday, the North American Aerospace Defense Command at Peterson Space Force Base in Colorado Springs, Colo., reactivated its Santa-tracking website, which will provide live updates on his whereabouts on Dec. 24.

Until then, visitors to Noradsanta.org in English and seven other languages can access a countdown to Christmas, festive movies and stories, a Christmas song playlist and a new holiday-themed game each day.

The efforts continue a nearly seven-decade tradition by the joint U.S.-Canadian command, which constantly monitors air traffic over the continent.

“For the holiday season, we just add one extra mission that falls in line with our daily operations,” spokeswoman Capt. Alexandra Hejduk of the Canadian armed forces told Stars and Stripes. “It’s a mission of holiday cheer.” NORAD Tracks Santa volunteers answer phones and emails from children around the globe in 2019 during the annual event in Colorado Springs, Colo. (Jeff Fitzmorris/U.S. Air Force)

NORAD’s predecessor, the Continental Air Defense Command, or CONAD, began tracking Santa’s Christmas journey by coincidence in 1955, when an advertisement by Sears Roebuck in Colorado Springs misprinted a telephone number for children to call Santa. The published number was the CONAD commander-in-chief’s operations hotline.

Recognizing the mistake, the director of operations at the time, Col. Harry Shoup, instructed his staff to tell young callers that radar was being monitored for indications of Santa traveling from the North Pole.

CONAD personnel provided live updates on his location, and thus the tradition was born.

NORAD Tracks Santa has since grown to reach millions each year. The website alone gets about 14 million views per season, according to figures provided by the command. Sticklers for tradition can still phone in for updates from anywhere in the world at 877-HI-NORAD (877-446-6723). And you never know who might pick up. Former first lady Michelle Obama answered calls when she participated from 2009 to 2016.

More than 1,500 Canadian and American uniformed personnel, Defense Department civilian employees and others help each season, according to the command.

Volunteers and donations from companies cover virtually all of the costs of running the program, which shows no signs of slowing down, Hejduk said.

“It’s a tradition the NORAD team is proud to continue each year,” Hejduk said. “As long as there are children asking, ‘Where is Santa?’ NORAD will be there each holiday season to keep them informed.” 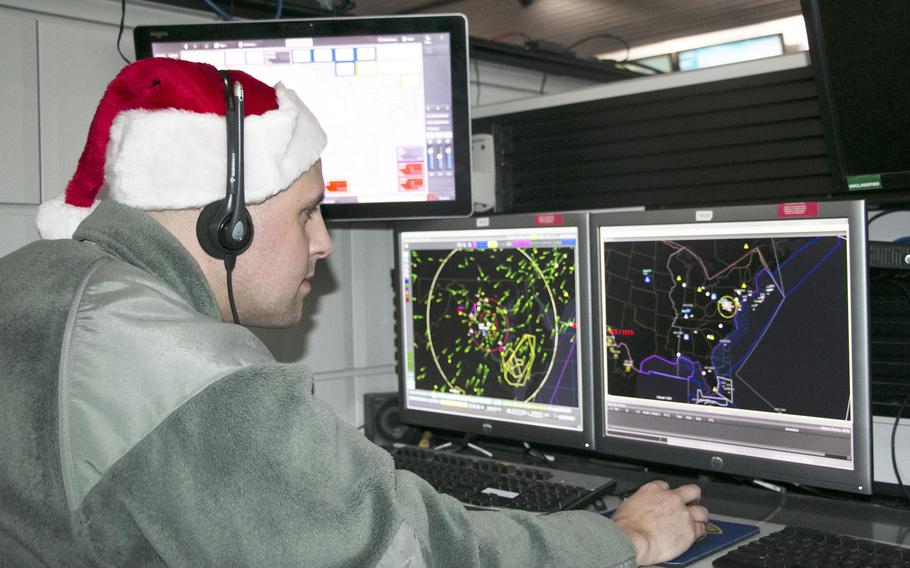