St. Nick to swap his sleigh for a Navy helicopter 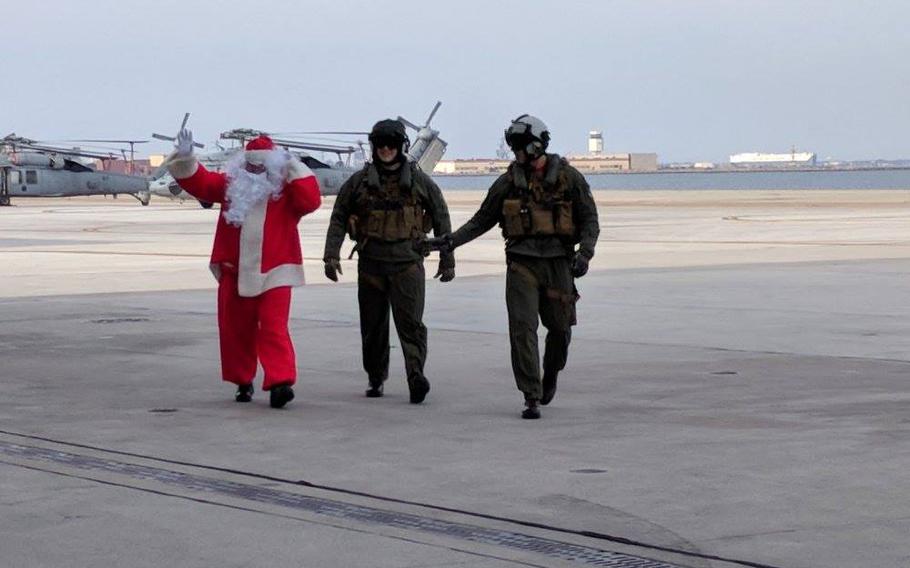 Santa waves after landing at Naval Station Norfolk after a flight on a MH-60S Knighthawk helicopter flown by Navy pilots from Helicopter Sea Combat Squadron 2, also known as the “Fleet Angels,” on Dec. 9, 2017. (Facebook)

(Tribune News Service) — When Hampton Roads residents look to the sky Saturday morning, they might spot Santa Claus. But he won’t be in a big sleigh pulled by Prancer and Dancer.

Instead, Santa will be in an MH-60S Knighthawk helicopter training with the Navy as he prepares for Christmas.

After departing from Naval Station Norfolk, Helicopter Sea Combat Squadron 2 will fly Santa around Hampton Roads from 10 a.m. to 12 p.m. on Saturday.

The “Fleet Angels” squadron will help Santa practice his holiday drops — and spread a little cheer — during the two-hour flight. This is the third year the Fleet Angels have helped Santa prepare for Christmas.

“It is always a great day when Santa is able to fly with our pilots and aircrew during a scheduled training flight,” said Cmdr. Santico “Tico” Valenzuela, the squadron’s commanding officer.

The festive fly-by can be spotted at the following locations: 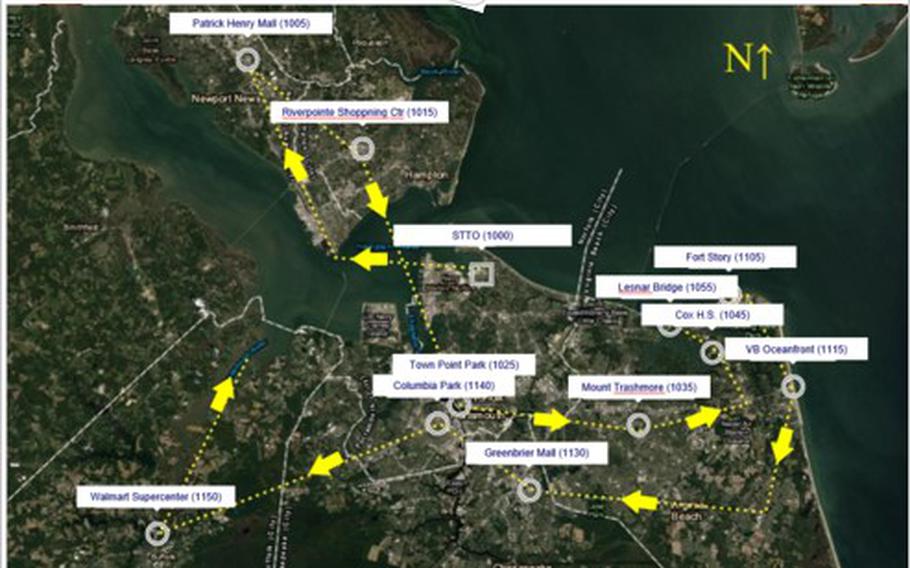 A map of Santa’s flight schedule. The Santa flight will be taking place on Dec. 3, 2022. (Facebook)