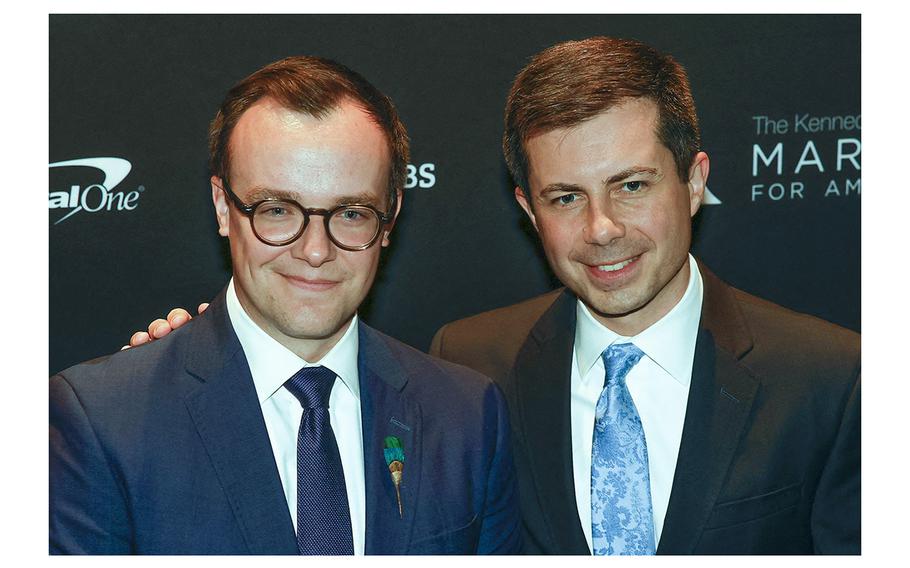 Chasten Buttigieg denounced Carlson for taking a judgmental pot shot at Pete Buttigieg for not disclosing his sexuality in an era when coming out of the closet would have gotten him kicked out of the military under the Pentagon’s Don’t Ask Don’t Tell policy.

“It’s so easy to attack people and to go on your talk show and fire people up about something that’s not actually happening,” Chasten Buttigieg said on CNN.

“With these megaphones, they have a big platform,” Buttigieg said of Carlson and other right-wing media pundits. “Rather than focusing on real issues, people’s lives, making them better, they’ve decided to focus on hate.”

The spat erupted when Carlson was bizarrely triggered by Pete Buttigieg’s tweet denouncing the attack on a gay nightclub in Colorado Springs.

“No rest until all of us, including all of us in the LGBTQ+ community, can be, and feel, safe,” the transportation secretary wrote.

Carlson said Pete Buttigieg has no business talking about being a member of the gay community because he hasn’t always been openly gay.

“Pete Buttigieg ... always wants to talk about identity,” Carlson said. “And the funny, ironic thing is, until just a few years ago, Buttigieg wouldn’t even admit that he was gay.”

“He hid that and then lied about it for reasons he has never been asked to explain,” Carlson added.

Pete Buttigieg joined the Naval Reserves as an intelligence officer in 2009. The ”Don’t Ask, Don’t Tell” policy was overturned in 2011, the same year Buttigieg was elected mayor of South Bend, Ind., his hometown.

Buttigieg came out in 2015, and formally left the reserves in 2017. He made an unsuccessful 2020 presidential run before being named as the first openly gay cabinet secretary by President Biden.