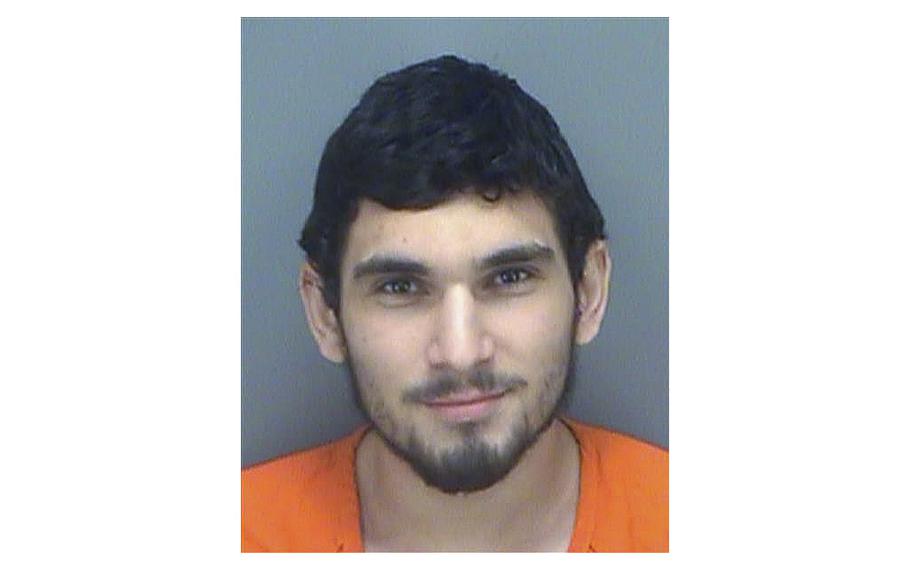 TAMPA, Fla.  (Tribune News Service) — More than two years after a Tampa man was indicted on allegations that he plotted an attack in support of the Islamic State, the case against him continues to grind through federal court.

The latest arguments in the case of Muhammed Momtaz Alazhari center on whether the government should disclose information it obtained about him through a federal law typically used to combat international terrorism and espionage.

Defense lawyers have also challenged the legality of Alazhari’s initial arrest. It was based on a police officer’s discovery of what attorneys say was a “mouse gun” in his pocket when he was stopped one morning outside a Home Depot in north Tampa.

A judge has set a February hearing date to address some of the case’s pending arguments. At the same time, lawyers in a recent court appearance mentioned there have been discussions of a possible plea deal.

Federal prosecutors say Alazhari, 25, sympathized with the Islamic State, an international terrorist organization commonly referred to as ISIS. They’ve said he discussed his belief in jihad, or holy war, with a person who was an FBI informant.

(A federal indictment spells his last name with a hyphen — Al-Azhari — but defense lawyers recently noted there is no hyphen).

The government also says he collected an Uzi submachine gun, a bulletproof vest, a mask and other items and traveled to various locations, including the FBI building in Tampa, the Pulse nightclub in Orlando and Honeymoon Island Beach in Pinellas County. All of it, law enforcement believes, was preparation for a shooting attack.

The investigation that resulted in Alazhari’s federal charges began in the spring of 2020. That April, officers assigned to a local FBI counterterrorism task force met with his work supervisors at the Home Depot store on N Florida Avenue, according to court records.

Alazhari was described as a good employee. But supervisors also expressed concern about various things he’d said to coworkers. They included statements that a coworker who’d died of a drug overdose was “burning in hellfire” and that Americans “got what they deserved” in the Sept. 11 attacks. Alazhari was described as being “passionately aggressive” in his Muslim faith, according to court records.

Alazhari was said to have kept a black handgun in his car while at work, records state. Fellow employees told law enforcement that he spoke often about guns, expressed paranoia about the FBI watching him and talking to his family members, and had shown interest in a coworker’s military service in Iraq, according to court records.

His bosses noticed how anxious he seemed. They offered him paid time off through an employee assistance program. Alazhari accepted the time off and said he would seek counseling, records state.

Task Force officers later interviewed Home Depot’s senior director of corporate security, who said that Alazhari had been put on a two-week administrative leave and enrolled in a counseling program for showing “erratic and suspicious behavior,” according to a defense motion. The security director also told agents the store had hired off-duty police to assist with security due to concerns about Alazhari.

The information led authorities to issue an intelligence bulletin, which went to all Tampa police officers. It warned officers to consider Alazhari “armed and dangerous” and to detain him if they encountered him at any Home Depot property.

That’s what happened May 1, 2020. An off-duty officer parked near the store’s front door was reviewing the bulletin that morning when he saw Alazhari walk up. The officer stopped and handcuffed him.

When the officer searched him, he found in his pocket a .22 caliber revolver. The weapon was small enough that it could be concealed in a person’s palm. Defense attorneys described it as a “mouse gun,” a “comically small” firearm so named because it was said to be capable of stopping “a charging mouse at three paces, but not much else.” Government lawyers contend that the gun was a dangerous weapon capable of causing serious injury.

The gun caused Alazhari to be booked in jail. (A state charge of carrying a concealed firearm would later be dropped). Then came searches of his car and apartment.

Alazhari’s defense has argued that nothing he said or did before his arrest amounted to probable cause that he would commit a crime. They’ve also alleged the officer’s detention of him was unlawful. They’ve asked that evidence arising from the arrest be thrown out of his case.

All this comes as several other legal challenges remain pending. They include a court motion questioning the use of aerial surveillance, which the defense has dubbed “spy planes,” to follow Alazhari for weeks before his arrest. Another motion questions the legality of a search of his apartment.

More recently, the defense has asked for the government to turn over evidence obtained through the Foreign Intelligence Surveillance Act. Known as FISA, it is a federal law that allows agents to conduct surveillance and collect information about people suspected of being foreign agents or involved in terrorism.

To obtain such material, the government would have to demonstrate to a judge that Alazhari was an agent of a foreign power.

“But even today, after the surveillance and searches have occurred, there is no evidence that Mr. Alazhari was any such thing,” Assistant Federal Defender Samuel Landes wrote in a court filing. Court documents filed by the defense note that Alazhari is an American citizen. The government has described him as a “lone-wolf terrorist” and “home grown violent extremist.”

Court filings show that prosecutors have turned over some classified information for a judge to review. The government has argued that such materials are sensitive and could harm national security. They’ve also argued that the information and subsequent searches and surveillance were lawful.

As the litigation continues, Alazhari remains jailed in Pinellas County. He recently returned from a federal facility where he received mental health treatment. He has been deemed competent to face trial.