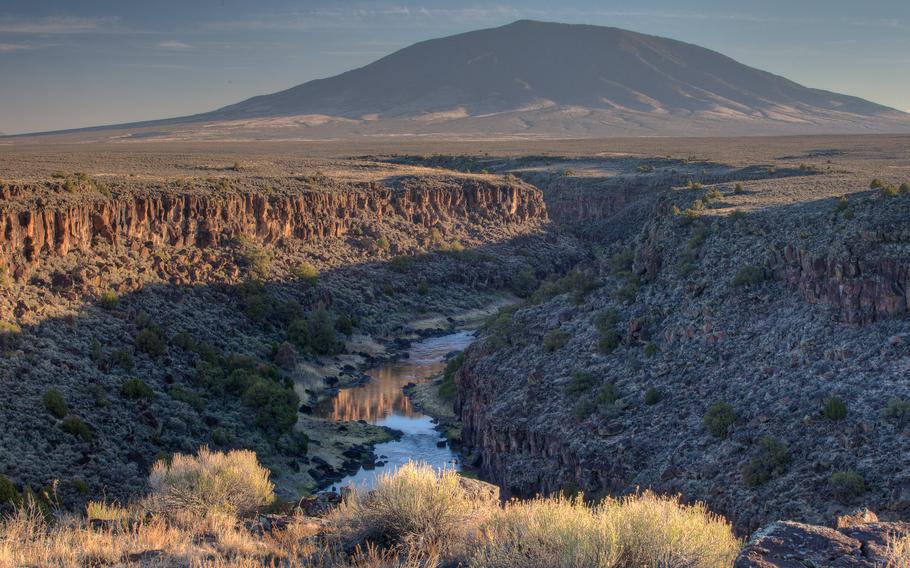 The Rio Grande as it passes through New Mexico. Decades ago, the Rio Grande was among the rivers the federal government tried to bend to its will, causing a large, unintended consequence affecting at least two Native pueblos. (Flickr)

(Tribune News Service) — Decades ago, the Rio Grande was among the rivers the federal government tried to bend to its will, causing a large, unintended consequence affecting at least two Native pueblos.

Federal agencies reshaped a stretch of the winding river in Northern New Mexico so it would move in a straighter path to increase velocity and reduce sediment. That enabled it to flow more cleanly and not spill onto the shore.

But the effort to control flooding and boost efficiency deprived riparian areas of a natural overflow that watered trees and vegetation and enhanced wildlife habitat in the bosque.

The government now seeks to revert this stretch of river, which runs through tribal lands, somewhat to its former shape.

The Santa Clara and Ohkay Owingeh pueblos have signed a design agreement with the head of the Army's civil works for the $100 million Española Valley Ecosystem Restoration Project. The work, first proposed two decades ago, will restore 958 acres of aquatic and riparian habitat along the Rio Grande and its tributaries within the two pueblos.

"Even though these projects are being done on tribal land, there's still wider benefit to the non-Native communities [downstream] as well," Santa Clara Pueblo Gov. Michael Chavarria said. "It's a lot more of a wider span of supporting the overall ecosystem of the Rio Grande."

The federal government is providing 88 percent of the funding, and the pueblos must chip in about 12 percent, though the tribes also could qualify for waivers and other savings to ease their share of the costs, Chavarria said.

He estimates the design phase will take two to three years, and construction probably will require a year after that to get going. The restoration could take as long as 10 years to complete, he added.

In a statement, the top Army official who signed the agreement described the project as unique.

"This particular environmental restoration project is the first major army civil works project ... to be developed, authorized and now funded solely to benefit the natural and cultural resources of tribal entities," said Michael Connor, assistant secretary of the Army for civil works.

Sometime in the mid-20th century, agencies began restructuring parts of the Rio Grande — which has some of the heaviest sediment flows of any river on the continent — to prevent material from building up and impeding the river's flow, said Justin Graff, a spokesman in the U.S. Army Corps of Engineers' Albuquerque office.

Officials later realized the sediment buildup was necessary for the health of the riparian ecosystem, Graff said.

Chavarria said the project essentially will reconnect the flood plains to the river.

Aside from naturally irrigating the cottonwood galleries and vegetation, the overflow from the Rio Grande will refill the ponds that dried up after the federal government straightened this section of meandering river long ago, he said.

It also will make the river more accessible to farmers for irrigation, Chavarria said.

"The whole hydrological connection to that landscape is very critical," he said. "It goes back to climate change. If you don't get the snow, then how do we expect to have that water to revitalize, to regenerate?"

Although Santa Clara and Ohkay Owingeh will be in charge of each of their respective sections, the two will work together — just as they have for 20 years in making this restoration materialize — to ensure their projects don't conflict, he said.

Nature trails and informational kiosks will be added so guests, tribal residents and children can understand the importance of the bosque and the cultural significance surrounding it, he said.

"[It] is critical for our younger generation but also our neighbors and to the kids that visit our pueblos," Chavarria said.