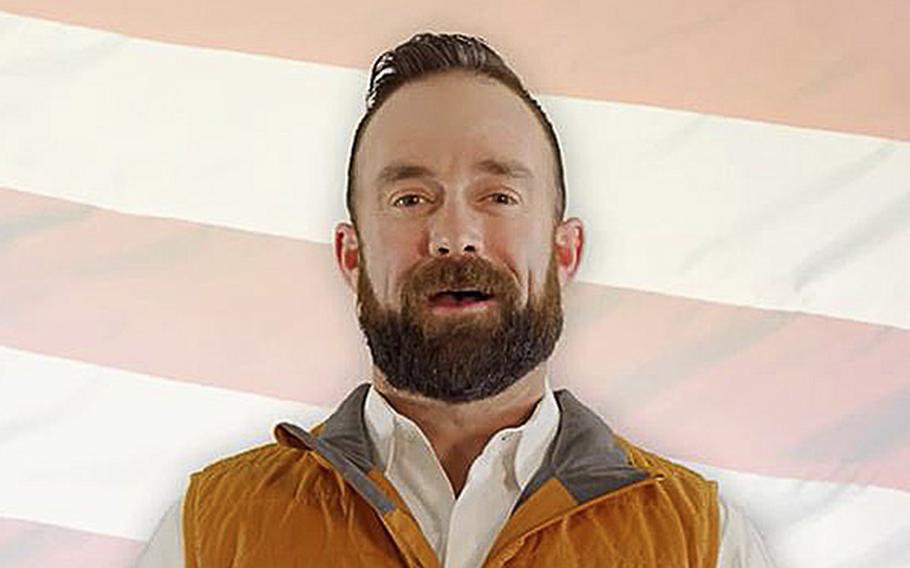 A video screen grab shows Casey Gray in a campaign advertisement posted in February 2022. According to reports on Friday, Nov. 18, Gray says he missed a court hearing in Wisconsin because he is “serving in the Army in Ukraine.” (YouTube)

(Tribune News Service) — A former Texas House of Representatives candidate emailed a Wisconsin court Monday saying he’s “serving in the Army in Ukraine” and that’s why he wasn’t able to make a court hearing last week.

A Wisconsin judge issued an arrest warrant for Casey Gray, 40, after he failed to appear in court Thursday on three pending matters.

Gray, who lost against State Rep. Brooks Landgraf in a highly contentious battle in March, is accused of violating restraining orders in Walworth County Circuit Court in Wisconsin. He’s scheduled to go to trial in January on one count of violating/ harassment restraining order in a case filed in April 2018 and he’s facing two counts in a case that was filed one month later. The charges are misdemeanors.

According to Gray’s email, which was sent Monday morning, he has tried to call the court several times, but the calls have always gone to voice mail. He said he’s left messages.

“Due to Russian missile attacks on the infrastructure I was unable to travel or have power to make a call to the court,” Gray wrote in the email.

“I am attempting to make my way to the U.S. to appear,” he wrote, adding he hopes to speak with the judge to “dissolve” the warrant so he can “safely travel back and appear without threat of arrest.”

According to court records, three of Gray’s attorneys have withdrawn from the cases, the latest in June. No new attorneys are reflected in the court records.

During his campaign, Gray said he served in the Naval Special Warfare, the CIA, the Texas National Guard and is a “100% disabled veteran from the U.S. Army.” He also has said he was a diplomat for the State Department in Israel.

However, the Odessa American has been contacted by more than a dozen people who have sent hundreds of pages of documents that question some aspects of Gray’s military service and whether he has worked for the CIA. Those people have also suggested Gray has exaggerated the nature of a helicopter incident in Korea and the injuries he sustained.

Gray tagged the OA on Facebook in March announcing “the FALSE charges against me were ruled on and DISMISSED in full” when in fact only one charge, bail jumping, was dismissed.

Gray, who was spotted in an Odessa Target the week of March 9, wrote then that he had “been in Ukraine since early March.”

Visit the Odessa American at www.oaoa.com