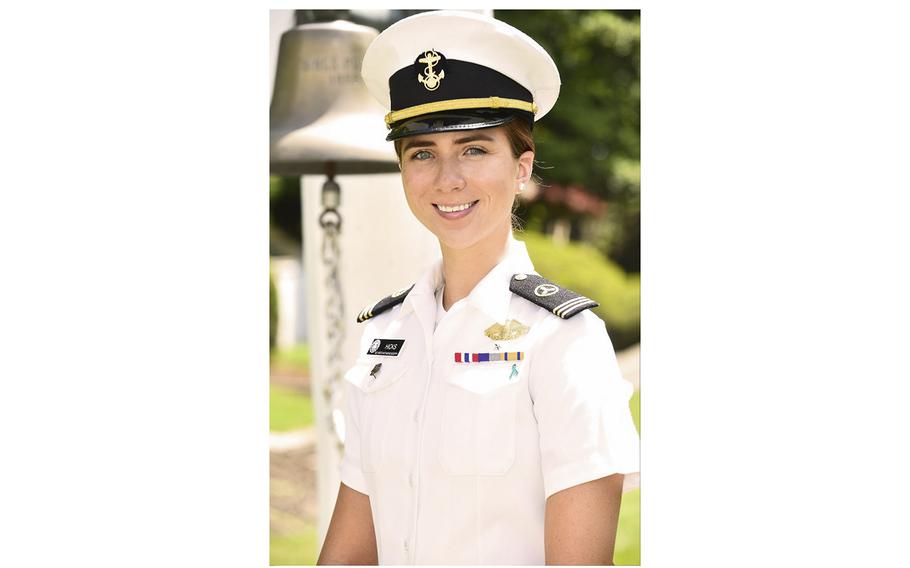 Merchant Marine Academy cadet Hope Hicks became known as Midshipman X after she first anonymously shared her account of being raped by a supervisor while at sea. In June, she came forward publicly, filing a lawsuit shortly before graduating from the academy. (Maritime Legal Aid)

Maersk Line Ltd., the U.S. subsidiary of the global shipping giant, said Friday that it has resolved a federal cadet's lawsuit alleging that the company had not done enough to protect her from being raped by a supervisor while at sea in 2019.

The cadet, Hope Hicks, first shared her account of the attack anonymously a year ago in a post on the website of an advocacy group and in a subsequent interview with The Washington Post. She became known as Midshipman X. In June, she came forward publicly, filing the lawsuit shortly before graduating from the U.S. Merchant Marine Academy.

"It is important to me that my case has brought greater awareness of the issue of sexual assault and harassment at sea," Hicks said in a statement Friday. "The leadership of MLL has expressed the need for change. The changes that MLL has proposed are an important first step, but there is still a lot of work to be done in the maritime industry."

Both sides agreed to keep the terms of the resolution confidential. They filed in New York Supreme Court on Monday, saying the case would be withdrawn.

Hicks's account of being assaulted when she was a 19-year-old cadet reverberated through the tightknit U.S. shipping industry, prompting a reckoning on the vulnerability of female sailors. Officials at the U.S. Department of Transportation, which oversees the academy, shut down the Sea Year training program for the second time in six years and began an overhaul of safety rules.

Maersk said Friday that it had launched a program of training and internal accountability and was collaborating with other companies, labor unions, the Transportation Department and the Coast Guard.

"We want to be absolutely clear that the events Ms. Hicks describes are unacceptable," said William Woodhour, Maersk Line Ltd.'s chief executive. "No matter who and where you are, those who work with us must feel safe and protected in our work environment."

Tom Boyd, a spokesman for the company, said it had been approved to receive cadets again under new federal standards and has been taking part in the Sea Year program again since June.

At the same time Hicks filed her case, lawyers brought forward allegations by another cadet, who wanted to remain anonymous as Midshipman Y. She alleged she suffered sexual harassment and unwanted touching on the same ship as Hicks two years later.

The two sides are involved in private discussions to resolve that case, a lawyer for Midshipman Y said, but it could return to court next month if no agreement is reached.