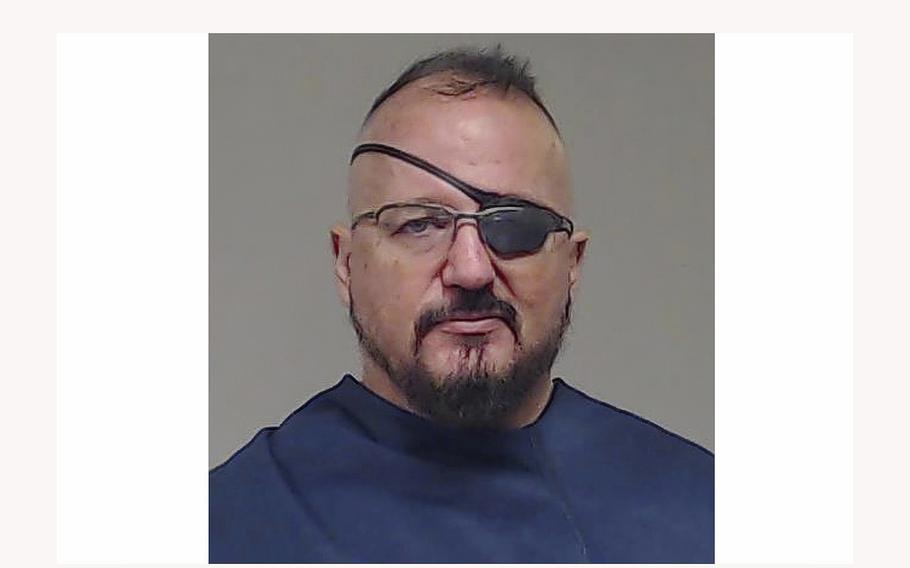 WASHINGTON - Wrapping up a nearly two-month trial charging the leader of the Oath Keepers and four associates with a seditious conspiracy against the United States, a federal prosecutor cast the case as existential.

"Our democracy is fragile," Kathryn Rakoczy said. "It cannot exist without the rule of law, and it cannot survive if people who are dissatisfied with the result of an election can use force and violence to change the outcome. That is what these defendants attempted to do."

Her closing argument capped the highest-profile prosecution to arise from the Jan. 6, 2021, attack on the U.S. Capitol.

Oath Keepers founder Stewart Rhodes and others have testified that rhetoric of revolution and rebellion around Jan. 6, 2021, was just fantasy. Rakoczy asked jurors not to accept that.

"Please do not become numb to these statements," she said. "This wasn't ranting and raving; this was deadly serious."

The trial of Rhodes - a former Army paratrooper and a Yale Law graduate - poses a major test of the Biden Justice Department's strategy of countering domestic terrorism and Attorney General Merrick Garland's vow to hold "all January 6th perpetrators, at any level, accountable under law."

Rhodes did not enter the Capitol that day. But at a federal courthouse blocks from the riot scene, prosecutors accused him of plotting an "armed rebellion" to prevent the lawful transition of presidential power after the 2020 election, organizing followers to come to the Washington area prepared for violence and ready to die if President Donald Trump called on private military groups to help him hold power.

"There were lawful ways to deal with election. There were protests. There were lawsuits," Rakoczy said. "But for these defendants, they felt that they were above the law."

The conspiracy was born of a "sense of entitlement, that led to frustration, followed by rage and then violence," she said.

Rhodes and four co-defendants that day staged an "arsenal" of firearms in nearby Virginia, and several seized the opportunity to forcibly breach the Capitol, Rakoczy said.

Defense attorneys have asserted that there was no explicit order or plan by defendants to attack or enter the Capitol and therefore no conspiracy or agreement to engage in illegal conduct.

James Lee Bright argued intensely that his client, Rhodes, was the one trying to save America from chaos.

"There were riots, looting, arson, all over our country, the entirety of 2020," he said. The Oath Keepers "saw their country burning."

There were thousands of racial justice protests in the summer of 2020, and most were peaceful, but Bright focused on destructive incidents in Portland, Seattle and Washington, D.C. He said Rhodes "saw the White House being attacked" when Trump was taken to a basement bunker after a group of protesters hopped over barricades near the grounds.

Bright attributed the "inappropriate ... bombast" of the defendants to the stress of that year, frustrations that drive them into the "wormhole" of right-wing media.

Rhodes himself testified that his only goal was to lawfully lobby Trump and call on private military groups to help him keep power under the Insurrection Act.

"All my effort was [aimed] at what Trump was going to do," Rhodes testified, adding that the group brought firearms as part of Oath Keepers' "standard operating procedure" for defensive purposes, or to be prepared for Trump to take what they believed would be lawful action.

Rhodes called it "stupid" and "off-mission" for co-defendants to enter the building. He said that his calls to resist federal authority by force were intended to apply only if Trump left the White House without a fight.

Rakoczy said that, even if that were true, it would not absolve Rhodes of criminal liability, as the indictment covers all of January 2021.

"Mr. Rhodes told you in his own words that he was prepared to start a rebellion the day President Biden took office," she said.

Prosecutors urged jurors to view defendants' participation in the Capitol breach not as a spontaneous, stand-alone event, but as illegal action to further a wider plot proposed by Rhodes.

Rakoczy said defense claims that Rhodes didn't speak with those who entered the building before they moved up the Capitol steps contradicted each other. Noting that the group was filled with veterans and modeled on the military, she added: "Does it make sense that any of these people would go into the Capitol, breach the building, without first checking with the commander?"

On the day networks declared the election for Biden, Nov. 7, 2020, Rhodes allegedly shared a text with Stone and others asking, "What's the plan?" He then shared an action plan with the same "Friends of Stone" group as well as with an Oath Keepers leadership group chat that suggested storming government buildings.

Rhodes sent the "civil war" text to Oath Keepers the same day. He repeated the message with mounting urgency in both encrypted chats and open letters to Trump. Even four days after Jan. 6, 2021, he told an alarmed intermediary - who recorded Rhodes and later assisted the FBI - that it was not too late to use paramilitary groups to stay in power by force.

"If he's not going to do the right thing, and he's just gonna let himself be removed illegally, then we should have brought rifles," Rhodes said on the recording. "We could have fixed it right then and there. I'd hang f----ing Pelosi from the lamppost," referring to House Speaker Nancy Pelosi (D-Calif).

On trial with Rhodes are Kelly Meggs, 53, an auto dealership manager from Dunnellon, Fla., who prosecutors described as the "Florida state lead" on Jan. 6; Kenneth Harrelson, 42, a former Army sergeant from Titusville, Fla., whom prosecutors called the "ground team lead"; Jessica Watkins, 39, another Army veteran and a bartender from Woodstock, Ohio; and Thomas Caldwell, 68, a retired Navy intelligence officer from Berryville, Va.

All are accused of conspiring to engage in sedition against the government and to obstruct Congress's affirmation of Biden's victory on Jan. 6. Those two charges are both punishable by up to 20 years in prison. Meggs, Harrelson and Watkins, who went into the Capitol, are also accused of damaging property, and all but Watkins are charged with destroying evidence. Four additional defendants indicted with the same group in January face a second trial next month.

All were among the first defendants hit with the historically rare charge of seditious conspiracy in connection with the Capitol riot in January. Two co-defendants have pleaded guilty but did not testify in Rhodes's case. Five leaders of the right-wing group Proud Boys, including Henry "Enrique" Tarrio, are also charged with seditious conspiracy in connection with the Capitol breach and scheduled for trial in December.

Meggs and Harrelson did not testify, but their attorneys argued that they helped police inside. Watkins on the stand apologized for interfering with police by yelling "Push!" with a mob trying to break through a line of officers blocking a hallway to the Senate, but said there was no plot to block a vote certification she thought was already completed. She said she joined the Oath Keepers in late 2020 not to keep Trump in power by force but to protect Americans from "enforced vaccination" or a Chinese invasion through Canada.

"There was talk of the Insurrection Act, but no one was taking it seriously," she testified. "I would put it below the Chinese invading."

Caldwell testified that charges against him were a "great exaggeration" and asserted that messages he sent about transporting and using firearms at the Capitol were "creative writing."

In her closing, Rakoczy called that testimony "patently absurd."

And she said it didn't matter that many of Rhodes's own statements echoed words of America's founders, including in the Declaration of Independence.