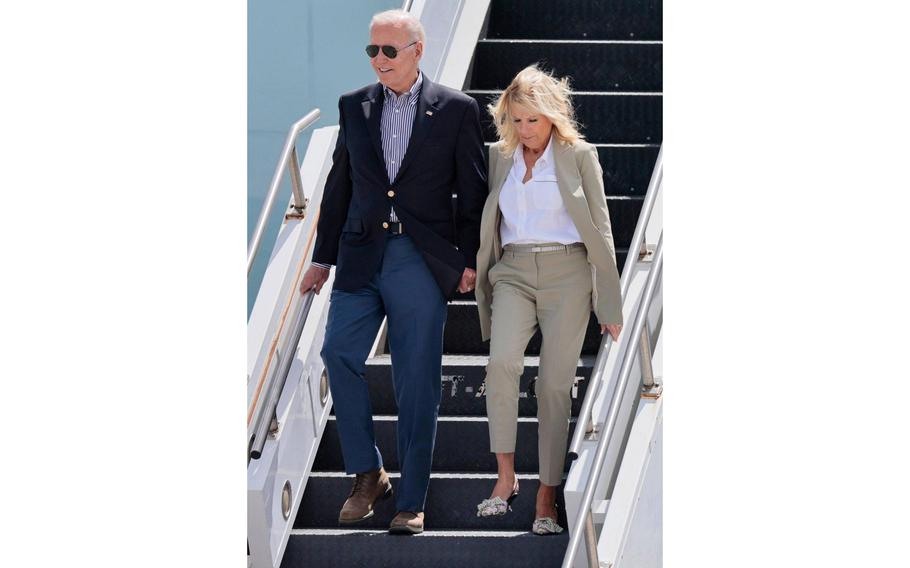 (Tribune News Service) — North Carolina may be sending holiday spirit to the White House in the form of two locally raised turkeys to be pardoned, but President Joe Biden is also visiting the state as part of Thanksgiving celebrations.

The White House announced Wednesday that Biden and his wife, Jill Biden, plan to have “a Friendsgiving dinner” Monday at Marine Corps Air Station Cherry Point with service members and their families.

The visit is part of the White House’s Joining Forces Initiative. The White House released no other details about the event, but promised more at a later date.

This is North Carolina’s third holiday tradition connected to the nation’s capital this year.

Biden plans, also on Monday, to pardon a turkey and its alternate that were raised on Circle S Ranch near Monroe to spare them from becoming someone’s Thanksgiving dinner.

The birds’ names have not yet been announced, but a naming ceremony is expected Sunday in Washington.

On Friday, a truck will deliver the the U.S. Capitol Christmas tree from North Carolina to the Hill.