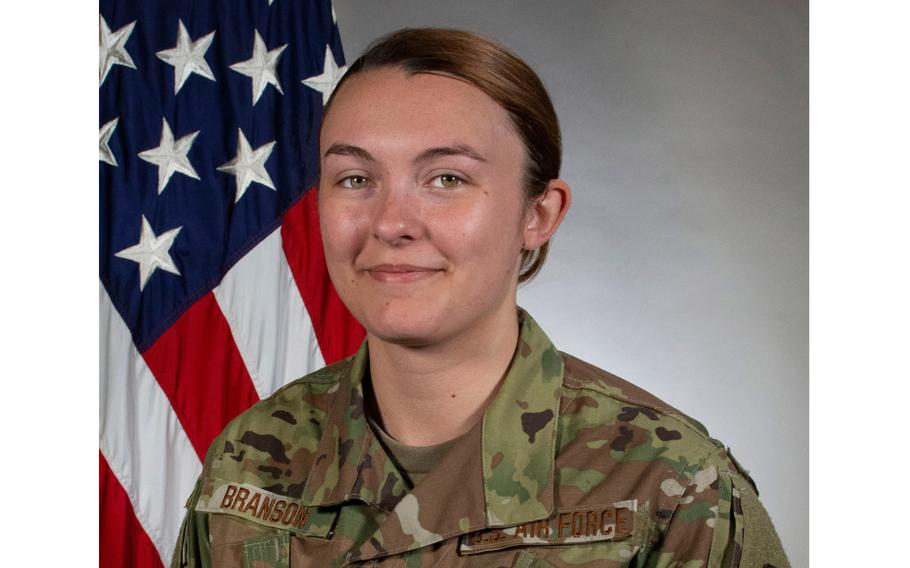 A Kansas Air National Guard member was killed over the weekend when a suspected drunken driver ran into her vehicle on U.S. Highway 24 near Topeka, according to military and local officials.

Staff Sgt. Cheyanne Branson was a career development specialist in the 190th Air Refueling Wing, a statement issued Monday by the wing said.

Branson, 23, was from Diana, Texas. She was driving west Saturday night in her Chevrolet Cruze when Manuel Enriquez’s Chevrolet Silverado pickup crossed the center line and hit her head-on, according to the report by the Kansas Highway Patrol.

“Cheyanne was an extraordinary airman who has made an impact on so many around her,” wing commander Col. Brian Budden was quoted in the statement as saying. “I called her one of our rock stars.”

“I am thankful to have been your friend and serve with you,” Tech. Sgt. Mike McKenzie wrote on his Facebook page. “From the first time we met in my recruiting office as a nervous young lady ready to become more, to watching you get promoted to Staff Sergeant a short few years later, I could not be more proud of you. You will be missed and never forgotten Cheyanne Branson.”

Branson’s mother, Christina Branson, described her daughter on Facebook as “a bright light in everyone’s life” and thanked the wing and others for the outpouring of sympathy, saying it “means the world” to her.

Enriquez’s vehicle rolled but he had no apparent injuries, the Kansas Highway Patrol report said. The crash investigation was ongoing as of Monday.