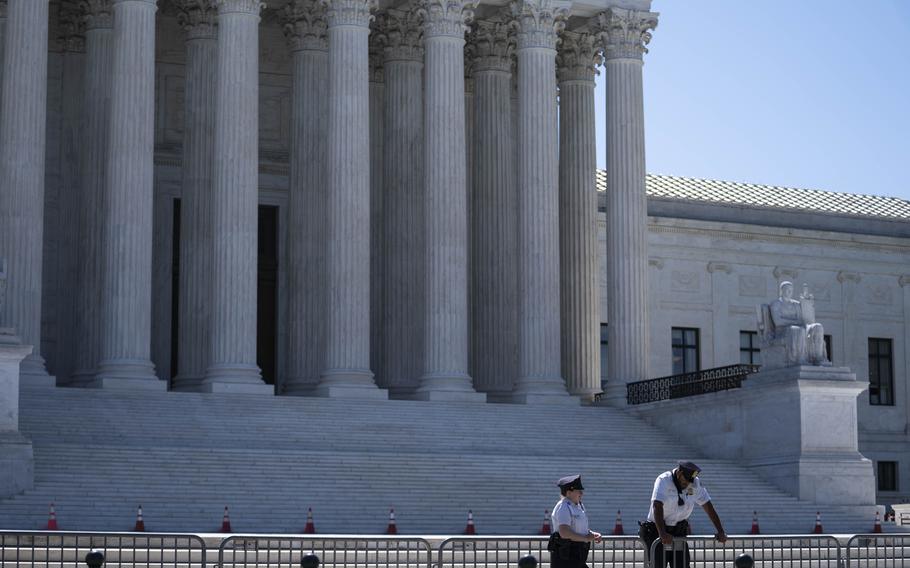 Public outrage over how police use force has fueled protests in the streets, spurred calls to cut their funding and ignited broad debates over how to reform law enforcement.

Despite this intense focus on the present and future of policing, one key component has remained woefully inadequate, according to a report from a prominent policing think tank: How new officers are trained.

Training for recruits "presents an immediate crisis for policing," according to the report from the Police Executive Research Forum (PERF), a copy of which was provided to The Washington Post before its scheduled release Monday.

The report describes a system that, even after years of push and pull over change, is "built to train officers quickly and cheaply." That system then hurries the new officers onto streets across the United States without helping them develop vital skills, including crisis intervention and communication, that they will need on the job, according to the report.

Police nationwide have faced criticism over how officers use force, with unrest and protests following cases in Cleveland, New York, Baton Rouge, Louisville, Atlanta and Ferguson, Mo., among other places. The new analysis of training is based in part on a survey of hundreds of law enforcement leaders conducted in 2020, during a period that encompassed the beginning of the coronavirus pandemic; the death of George Floyd, a Black man, at the hands of police in Minneapolis; and the ensuing wave of nationwide protests against police brutality amid a broader racial reckoning.

Policing has changed over the years, seizing on new technologies and adopting approaches including "community policing," the report said, while officers are facing difficult challenges, among them increasingly powerful guns on the streets and people in crisis. But far too often, the report said, police are trained "to be warriors, even though their agencies and communities expect them also to be guardians, social workers, and community partners."

Changing American policing, the report said, means starting with how new officers are instructed and embracing new approaches instead of holding on to outdated concepts.

"Do I think it's changed in some places? Yes," Chuck Wexler, the executive director of PERF, said of police training. "But do I think there's been fundamental changes since the George Floyd murder? No."

In a Washington Post-ABC News poll last year, more than half of respondents said they doubted police were adequately trained to avoid using excessive force. The new PERF report and some law enforcement experts say that training has improved in some ways, including an increase in how much time police are instructed, but that overall practices have not changed dramatically, owing to a combination of factors including a reliance on past practices and inertia.

Much like policing itself — which is scattered among more than 15,000 local departments and sheriff's offices, most of them small agencies — training varies from place to place, with different requirements and obligations.

State commissions typically set their own standards for training, the report said, creating "vast differences" between the academies in different states, including how many hours they teach and the material presented. There are an estimated 700 or 800 police training academies nationwide, according to the PERF report, so "recruit training is splintered and inconsistent." The report said nearly half of the academies are operated by colleges or technical schools, while a third are operated by local law enforcement agencies themselves.

In Atlanta, potential recruits are warned that the police academy could pose "the most challenging academic, emotional, physical and psychological undertaking you have ever experienced."

The PERF report said police academies often devote a lot of time to preparing officers for dangerous encounters, including with armed people. While that is "critically important," the report said, it is also vital for officers to learn skills such as how to communicate and engage with the community, things they will need "day-in and day-out for the routine encounters that will occupy the vast majority of their time."

The report included other recommendations such as calling for a set of national standards and for departments to devote more money to training, which accounted for a fraction of the police budgets among agencies that responded to PERF's survey. The report also calls for recruits to be taught more about the history of policing nationwide and locally "with a special emphasis on racial justice issues," saying recruits need to learn how this history can "shape perceptions of the police today."

Police instruction has changed over time, including the increase in hours spent in training, the report said. But that volume of training still falls short when compared with people in other jobs in the United States or police in other countries, the report said.

Police in the United States typically spend about 20 weeks in the academy, the report said, while recruits in Japan might spend up to 21 months training, and their peers in many European countries spend two to three years training.

"Look, it's expensive to train someone for a year," Wexler said. "But it's far more expensive to not train them properly and see a situation handled badly. It can absolutely devastate a department and a city."

Just ramping up the amount of training, Wexler said, is not the solution, even though that is often floated by officials amid controversies like uses of force.

"When police have faced a crisis, the conventional recommendation is inevitably more training," Wexler said. "The reality is that more training may not necessarily be the answer to what the issue is."

The report said there has not been enough research into what training actually works, calling on policing to invest in more to figure out "what works and what doesn't in police recruit training."

Ian Adams, a professor of criminology and criminal justice at the University of South Carolina, said he believes the training offered today is better than it used to be, but he said it is important to understand what types of training work best.

"I know it's tempting to say, well, if we just put officers through 10 more hours of X training, then we should get Y results," said Adams, a former police officer.

But, he said, "the evidence doesn't say that. Because we haven't put the necessary resources into understanding what training would actually accomplish the outcomes we want."

The PERF report said training academies should avoid taking a "paramilitary approach," potentially merge with others to create consistency in what new officers are taught, and welcome input from members of the community, among other suggested changes.

The report also touches on why, despite all the pleas to rethink policing, training remains behind the times in many places. "At many academies," the report said, instruction "is based largely on what has been taught in the past." New laws, department policies and other practices in law enforcement, the report said, are not always added promptly to the instruction.

In many cases, the report continued, academies "seem to rely almost exclusively on current or retired law enforcement officers to develop their training curriculums," even though these people lack backgrounds in actually designing course instruction.

David J. Thomas, a retired Florida police officer, said he feels like "there's still not enough" instruction for new officers. Police get trained in things like how to use firearms and defensive tactics, Thomas said, but the instruction falls short when it comes to things like how to treat members of the community or respond to people in crisis.

"I don't think the curriculum's changed enough to meet the needs of the people that we're serving," said Thomas, a professor at Florida Gulf Coast University.