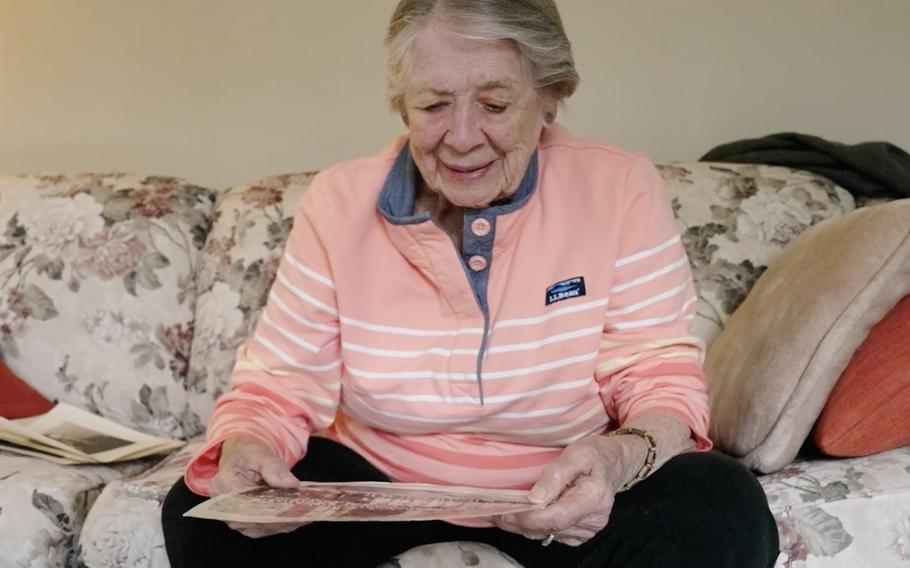 In the dark days of World War II, the secretive staff at a large building on Nebraska Avenue NW in Washington kept a scoreboard of its success. Each time a German U-boat was sunk by the U.S. Navy, cheers would erupt and another mark was added to a list tracking this deadly cat-and-mouse game playing out in the North Atlantic.

The women working in that office had an important though clandestine mission: to decode Nazi Enigma messages so Allied navies could locate enemy submarines and prevent them from sinking ships carrying troops and munitions to the front. They were code breakers in the Navy’s program called Women Accepted for Volunteer Emergency Service, or WAVES.

“We got several messages a day and had to figure out what they were saying,” recalled Julia Parsons. She was a WAVES lieutenant in the office known as OP-20-G, short for Office of Chief of Naval Operations, 20th Division of the Office of Naval Communications, G Section/Communications Security. “We knew some of them were dummies and some were personal messages. We usually had an idea that something was up that day, so we would try to figure if any of the orders related to that.”

Now a spry 101 and living in Pittsburgh, Parsons described the vital mission she and other female cryptologists performed 80 years ago in deciphering enemy messages. Her section in OP-20-G focused on German communications while another worked on Japanese codes. Members of the Women’s Army Corps (WAC) also worked on breaking the ciphers used by Germany and Japan. 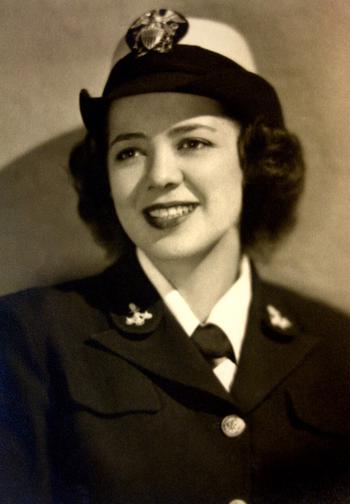 During World War II, women were not allowed to serve in combat roles. However, the military had a desperate need for people to assist with all sorts of work while able-bodied men served on the front lines. In 1942, Congress created the WAVES, Women’s Auxiliary Army Corps (which became WAC), Women Airforce Service Pilots, Marine Corps Women’s Reserve and Coast Guard Women’s Reserve. Some 350,000 women served as cryptologists, nurses, pilots, mechanics, office workers, drivers, telephone operators and in other roles to help with the war effort.

The women in Parsons’s office focused on cracking the daily codes sent by the German navy. Using Enigma machines, German sailors would encode critical communications before broadcasting them to the “wolfpacks” — groups of German submarines that attacked American convoys in the Atlantic. The Nazis believed the system that used three (and later four) rotors to encode messages multiple times was too complex to be broken. It wasn’t.

“We didn’t break it,” said Parsons. “Alan Turing and his staff in England did that. We had one of his computers, the Bombe, at the building where I worked. We tried to figure out what the message was saying, then we drew up what we called a menu showing what we thought the letters were. That was fed into the computer, which then spat out all possible wheel orders for the day. Those changed every day and the settings changed twice a day, so we were constantly working on them.”

Once messages were decoded, the information would be relayed to naval intelligence. When a submarine’s location was discovered, it was added to a large chart showing the movements of Allied and German ships across the Atlantic.

The role of Parsons and other WAVES women and cryptanalysts cannot be overstated. In 1942, German submarines sank more than 500 ships in the Atlantic Ocean and Gulf of Mexico. By the end of the war, American forces had destroyed nearly 500 U-boats, thanks largely to breaking the Enigma code. Prime Minister Winston Churchill is said to have believed that success was the greatest single contribution to defeating Nazi Germany in World War II. Some historians have suggested that breaking the Enigma code shortened the war by as much as two years and saved millions of lives.

“We continued the work of Turing and the staff at Bletchley Park in England in deciphering the codes,” Parsons said. “When we started doing it, the British were running short of manpower, so they asked the Americans to help.”

The goal of the WAVES women was to save American lives by sinking German subs before they could attack Allied shipping. At first, news of a destroyed U-boat was cause for celebration. But it became more painful as the war dragged on and its human cost became more evident.

Once, Parsons helped decode a congratulatory note to a German sailor at sea upon the birth of his son back home. A few days later, she learned the father’s submarine had been sunk, with no survivors. “To think that we all had a hand in killing somebody did not sit well with me,” she said. “I felt really bad. That baby would never see his father.”

In 1943, when she was 22, Parsons had volunteered to serve in the WAVES. She was transferred to OP-20-G when the Navy discovered she had taken two years of German in high school. Those classes enabled her to read and understand the messages after the code had been broken.

During the war years, Parsons lived in Washington, D.C. She shared an apartment with another code breaker in a rowhouse at 1633 Q St. NW, which became a crash pad of sorts for members of the military and others without a place to sleep.

“We had several beds and couches,” she recalled. “If somebody needed a place to stay overnight, we put them up. There were so many people traveling through Washington during the war, and hotel rooms were hard to find. Our apartment was like a hostel. When somebody got out of bed, another person took her place.”

Because she was sworn to secrecy, Parsons never spoke of her time as a code breaker. She didn’t even tell her husband, Donald, until she learned that her work had been declassified. Married in 1944, Parsons finally divulged her secret to him about 30 years ago.

“My husband would say we had a marriage based on lies,” she said, laughing. Parsons and her husband, who died 16 years ago, raised three children.

Because of her connection to the Enigma machine, Parsons has found fame among a new generation of code breakers. She is a member of the International Conference on Cryptologic History, and younger members ask her about her work.

She is also one of several surviving women featured in “Her War, Her Story: World War II,” a new television documentary on women’s roles in the world’s deadliest conflict. The film was produced by Tim Gray of the World War II Foundation and is narrated by actress Jane Lynch. It opened at the Military Women’s Memorial in Arlington, Va., on Sept. 20 and is airing on public television stations around Veterans Day.

“Julia Parsons and many other women were as important to winning World War II as any general poring over a map or any GI carrying a rifle into combat,” Gray said. “What these women accomplished, witnessed and, in many cases, lived through, is paramount to any telling of the overall story of the war.”

Parsons did not attend the documentary’s premiere. She had visited Washington over Memorial Day and said that at age 101 she was not up to making the trip again, though she was excited to see the documentary on TV and relive that thrilling time eight decades ago.

“It’s been a fascinating trail for me,” she said. “I enjoyed it thoroughly. I loved it.”