Kittens born in museum fighter jet stayed for weeks: 'Who were we to argue?' 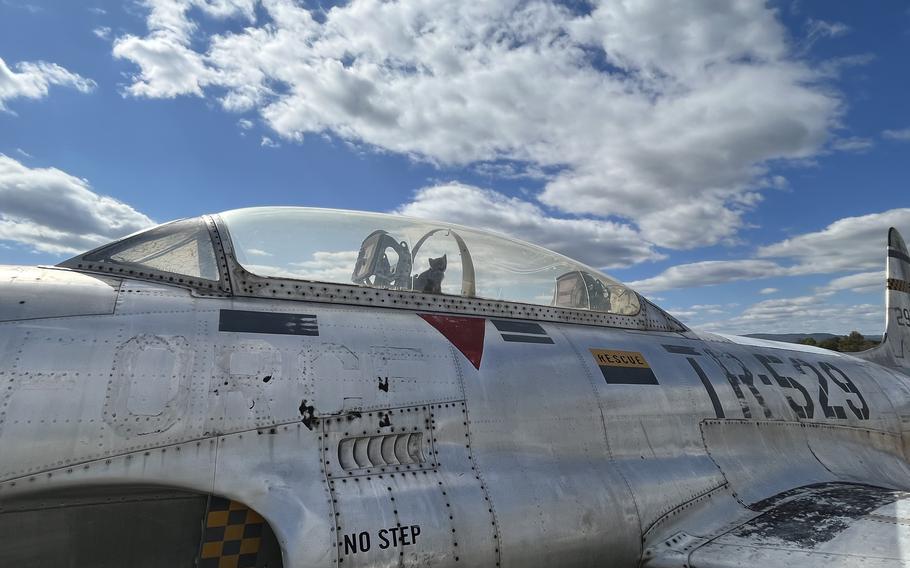 When kittens were spotted playing in the cockpit of a Lockheed T-33 Shooting Star training jet, Hickory Aviation Museum staff and volunteers knew it was time to find them a new home. (Bill Falls)

Bill Falls' job is to make sure all is well with about 15 vintage planes on display at North Carolina's Hickory Aviation Museum, about 60 miles northwest of Charlotte.

Falls, a former Navy doctor and volunteer, was making his outdoor rounds this month when he heard a squeaking that made him pause. He followed the sounds to a 1950s jet trainer called a Lockheed T-33 Shooting Star.

The noise was coming from deep inside. Concerned, he pulled his phone from his pocket to shine a light through the plane's tailpipe. The engine had been removed, so he was able to peer in about 15 feet.

"I saw this furry little head pop up," he said. "And suddenly there was another, then another and another."

He was surprised by what he saw: five hungry kittens meowing for their mother. Four of them were gray, one was black, and they appeared to be about a month old.

He quickly surmised that the little fur balls belonged to Phantom, a gray feral cat that has lived on the grounds for more than a year.

"The staff is always looking out for her and leaving dry food for her," said Falls, 48.

Sure enough, as Falls started to walk away, Phantom scurried over and disappeared inside the plane, he said.

"She's a very smart cat, and she'd somehow worked her way through the belly of the plane to have her litter in a safe, dry place that's out of the weather," Falls said.

After some discussion, he and the museum staff decided to leave her alone to care for her babies for about six weeks.

The museum, which is on the grounds of the Hickory Regional Airport and surrounded by a busy airfield, also has nearby woods filled with coyotes — not an ideal place for kittens, noted Falls.

"She chose the Shooting Star for a reason," Falls said, adding that for a few weeks, the kittens would be fine. "Who were we to argue?" 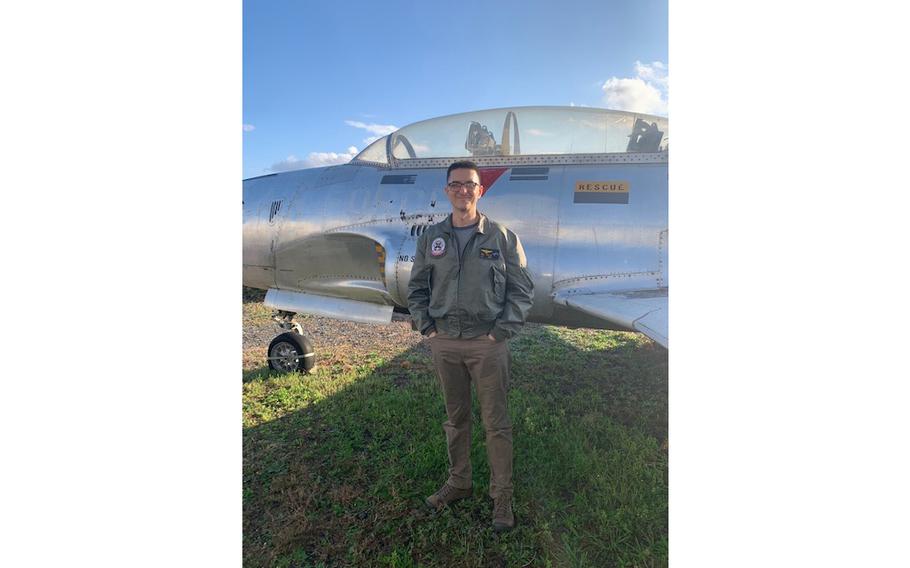 Bill Falls and the 1950s-era T-33 Shooting Star training jet where he discovered a litter of kittens. (Buford Barnett)

Buford Barnett, the aviation museum's general manager, said staff believed it was Phantom's first litter of kittens, and they all were impressed with her mothering.

They had several discussions about how they'd get the kittens out when it was time. "It's a tight squeeze to get in there," he said.

Falls and Charles Jenkins, the museum's assistant curator, continued checking on the cats for the next several weeks.

On Oct. 19, Falls thought he saw something move in the cockpit, so he hopped onto the plane's wing to get a closer look.

He quickly snapped a few photos to put on the Hickory Aviation Museum's Facebook page.

"Not only do we battle rain, wind, heat, wasps and birds, one of the cats that roams the airport near the terminal decided to have kittens in the T-33 Shooting Star," read the accompanying post.

"If anyone is looking for a kitten, please stop by during museum hours and inquire," it continued. "This is why we need to build [a new] museum to get our aircraft indoors!" One of the five kittens born inside a vintage military jet at the Hickory Aviation Museum decided that the view was better from the cockpit. (Bill Falls)

Some Facebook commenters jumped in to say they wanted to adopt the kittens, and others suggested that the museum contact the local humane society. There were, of course, also all manner of cat and aviation puns.

"That puts the T-33 in a new CATegory," wrote one person.

"Mamma cat needs some lessons … Next time, go for the F14," said another.

"It was the TOMcat that got her in this condition to begin with," joked someone else, referring to the F-14 Tomcat jet.

"People are really having fun with it," Barnett said.

A few days after Falls took photos of the cavorting kittens, he said the dilemma of how to get the cats out of the jet was suddenly solved.

"Phantom moved the whole litter to beneath a little storage shed near her food source," he said. "She knew that once the kittens started moving around, it would be hard to get them back inside the plane if they fell out."

Falls decided it was time to call the Humane Society of Catawba County in Hickory and arrange for animal rescuers to safely trap the kittens.

"To be honest, we don't need six cats coming and going inside our planes," he said, noting that the museum is trying to raise funds to move the jets into a hangar.

Phantom was also captured and spayed, then taken back to the aviation museum because it has always been her home, Hooks said, noting that the kittens should be ready for adoption a few weeks before Christmas.

"We probably should have named one of them Spitfire because they're still a little wild," Hooks said. "Our goal is to get them into a foster home soon so they can get used to being around people, then they'll be adopted."

Museum manager Barnett said there shouldn't be a shortage of interested applicants who would have a great adoption story to tell.

"Catching a kitten in the canopy of a T-33 is about one in a million," he said. 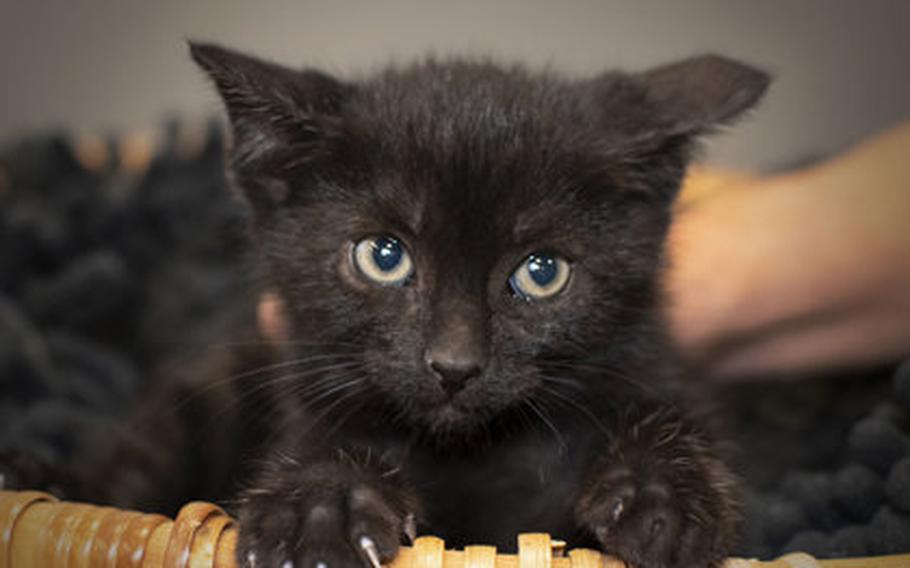 Hornet and his four littermates were humanely trapped once they were old enough to leave their mother. (Alicia Blackburn)