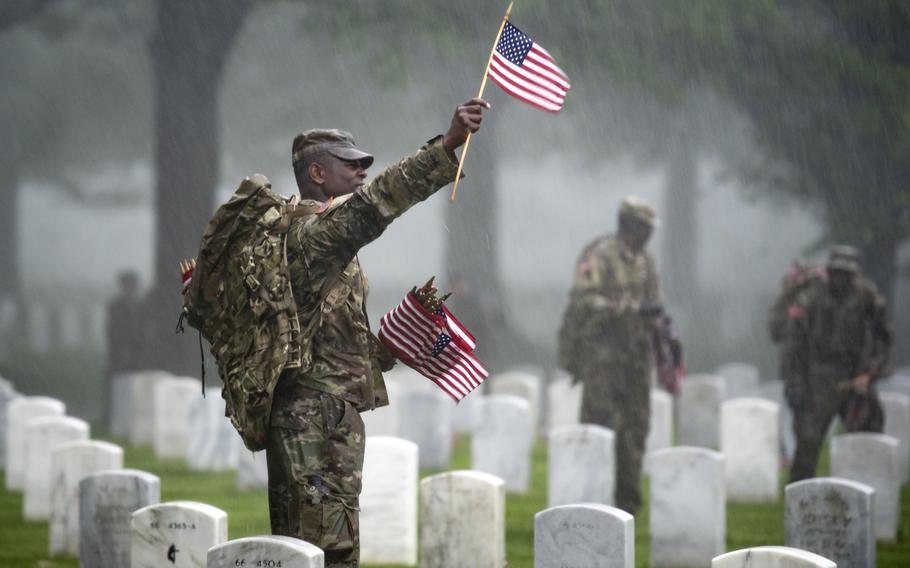 Black veterans are less likely to be chronic marijuana smokers than their white counterparts and enjoy a higher standard of living than African Americans who never joined the military, according to a new study that examined life outcomes for veterans.

The Rand Corp. report, released this week, found that in many respects past military service was associated with a high quality of life for African Americans when they return to the civilian world.

The report aimed to fill an information gap in an area often overlooked: how military service influences the future lives of Black Americans, said Rand, a nonpartisan research group that is often commissioned by the Defense Department.

Among the positive indicators are higher income, improved ability to cover health care costs, higher rates of homeownership and decreased reliance on food assistance programs, compared with Black people who were lifetime civilians.

Black veterans also have “a substantially lower” likelihood of marijuana use disorder than Black civilians as well as white veterans and civilians, the report said.

Despite their strong representation in the armed forces, “there is little research on the impact of military service on Black people,” Rand said.

African Americans represent 13.4% of the overall U.S. population and 11.7% of the roughly 18 million American veterans, according to RAND.

Another finding was that military service corresponds with higher marriage rates for Black veterans compared with Black civilians.

Still, Black veterans do not have economic equity compared with white civilians and veterans, when examining indicators like annual income and need for food assistance, the report said.

Black veterans also have higher odds of experiencing chronic pain and other ailments such as hypertension and high cholesterol, when compared with Black civilians, Rand said.