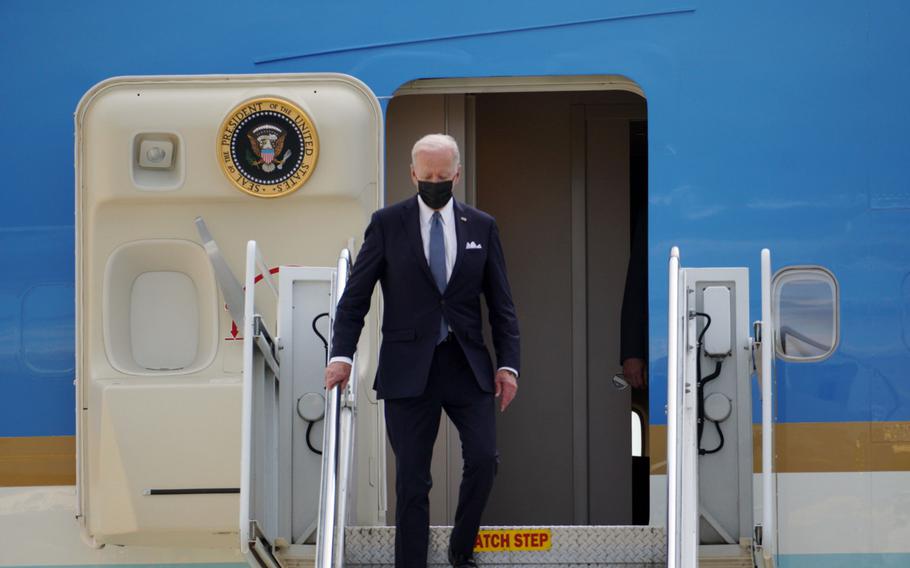 WASHINGTON — The United States has had high-level conversations with Russian officials, the White House confirmed Monday — stressing the need to ensure that “lines of communications are not cut off.”

White House press secretary Karine Jean-Pierre said at a news briefing that U.S. leaders “reserve the right to speak directly at senior levels about issues of concern to the United States,” and that “that has happened over the course of the past few months.”

Talks “have focused only ... on risk reduction in the U.S.-Russia relationship,” Jean-Pierre said without elaborating.

Jean-Pierre was asked about reports that national security adviser Jake Sullivan had recently held confidential talks about the war with top Kremlin aides, but she would not comment on specifics or timing.

At an event on Monday, Sullivan noted the U.S. has channels to communicate with Russia at senior levels.

“We have done so when it’s been necessary to clarify potential misunderstandings and try to reduce risk and reduce the possibility of catastrophe like the potential use of nuclear weapons,” he told the Economic Club of New York, according to Reuters. Sullivan met last week with Ukrainian President Volodymyr Zelensky and other senior officials in Kyiv.

Biden administration officials were alarmed when the Russians began to step up their public references to nuclear weapons last month and when, according to U.S. intelligence, senior Russian military leaders discussed the potential use of a tactical nuclear weapon in the event of further setbacks on the battlefield in Ukraine.

But the White House continued throughout October to downplay the actual risk of a nuclear attack, citing conversations with the Russian side in which the threat of a U.S. response was communicated.

“We have communicated directly, privately, at very high levels to the Kremlin, that any use of nuclear weapons will be met with catastrophic consequences for Russia, that the United States and our allies will respond decisively. And we have been clear and specific about what that will entail,” Sullivan told CBS’s “Face the Nation” in an interview in late September.

Defense chiefs in the United States and Russia spoke for the first time in months when these concerns were at their peak. According to the Pentagon, Defense Secretary Lloyd Austin stressed to Russia’s defense minister, Sergei Shoigu, in late October “the importance of maintaining lines of communication amid the ongoing war.”

Jean-Pierre’s and Sullivan’s latest comments come as the U.S. expresses concern about a possible escalation from Russia and as Russian forces prepare for what could be a decisive battle for control over the Ukrainian city of Kherson.

Jean-Pierre said the exchanges did not center on Ukraine, but rather on how to prevent escalation in U.S.-Russia relations.

“We continue to adhere to our basic principle of ‘nothing about Ukraine without Ukraine,’ “ she said, referring to a U.S. policy that predates Russia’s invasion.

Sullivan said Monday that communicating with Russian officials is in the United States’ interest, but that administration officials are “clear-eyed about who we are dealing with,” according to the BBC. He did not say whether he was personally involved in the talks.

The Wall Street Journal, citing U.S. and allied officials, previously reported that Sullivan engaged in recent months in confidential discussions with at least two Russian government officials aimed at reducing the risk of a spillover of the war in Ukraine and at dissuading the Russians from any possible nuclear weapon use.

The Post reported last week that the Biden administration has privately encouraged Ukrainian officials to show they are willing to engage in dialogue with Russia, in an acknowledgment of the growing frustration in some countries — including among Republicans in the United States — at the cost and duration of the war.

Officials in Kyiv have pushed back against the idea that they should be more willing to sit down with Russian officials to end the war. Zelensky said Monday that Ukraine has “repeatedly proposed” peace negotiations and “always received insane Russian responses with new terrorist attacks, shelling or blackmail.”

The Washington Post’s Karoun Demirjian and Shane Harris contributed to this report.