A chicken heiress, an emerald ring and her effort to help Ukraine 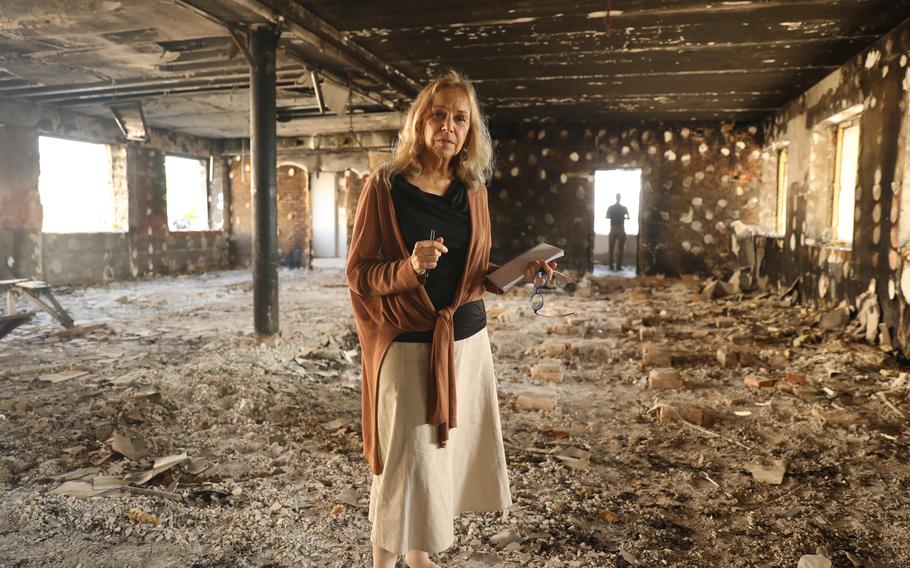 Perdue inside a bombed police station near Ukraine’s border with Belarus in August. (Kyiv regional police)

Haunted by what she'd seen, the daughter of one business magnate and widow of another left war-ravaged Ukraine for her Maryland home with a singular focus: How could she help?

It's a question Mitzi Perdue, 81, is used to asking and answering — with money, time and connections from a charmed life that she's striven to pay forward. This time, the problem was war and every terrible thing that came with it.

After five days touring the aftermath of Russian aggression in July and witnessing what Perdue said she believes was women being trafficked at the border, she thought of the 400-year-old emerald ring that long glitzed on her finger.

And so launched the next chapter of a legendary jewel whose calamitous journey began on the Nuestra Señora de Atocha, a Spanish galleon that served as the rear of the fleet when it left Havana in September 1622, carrying 265 people and 40 tons of silver, gold and assorted riches from Colombia, Peru and other regions of South America.

The ship never made it back to Spain.

A string of hurricanes wiped out the fleet on its journey home, scattering its remains across the ocean floor from the Marquesas Keys to the Dry Tortugas, between 30 and 70 miles to the west of Key West, Fla.

Spanish scavengers searched for decades and failed to recover the Atocha and its riches. The legend outlived them, a secret beneath the waves until 1985, destined to symbolize love for Perdue.

Frank Perdue of Perdue Farms was known for turning his father's business into a multimillion-dollar chicken conglomerate whose success made the family one of the richest in country but came with criticism over worker pay, environmental impacts and inhumane practices.

Perdue himself popularized the brand through a string of commercials, in which he could be seen in a suit and tie, or a white coat, comparing his chicken to others, always ending with the tagline: "It takes a tough man to make a tender chicken."

He also had a deep fascination with the Founding Fathers, the Delmarva Shorebirds minor league baseball team and treasure hunting, Mitzi Perdue wrote in a short memoir about her husband's history with the emerald, now valued at $50,000 to $70,000.

The expedition that brought the emerald to Frank Perdue cost lives, took 16 years and became a significant financial undertaking — an $8 million enterprise, she estimates in her memoir — bankrolled by a group of financiers, including his best friend, Melvin Joseph, and Perdue himself.

The quest began in the late 1960s, when Mel Fisher, a chicken farmer (coincidentally) turned treasure hunter began his own quest for the Atocha and its reputed fortune. 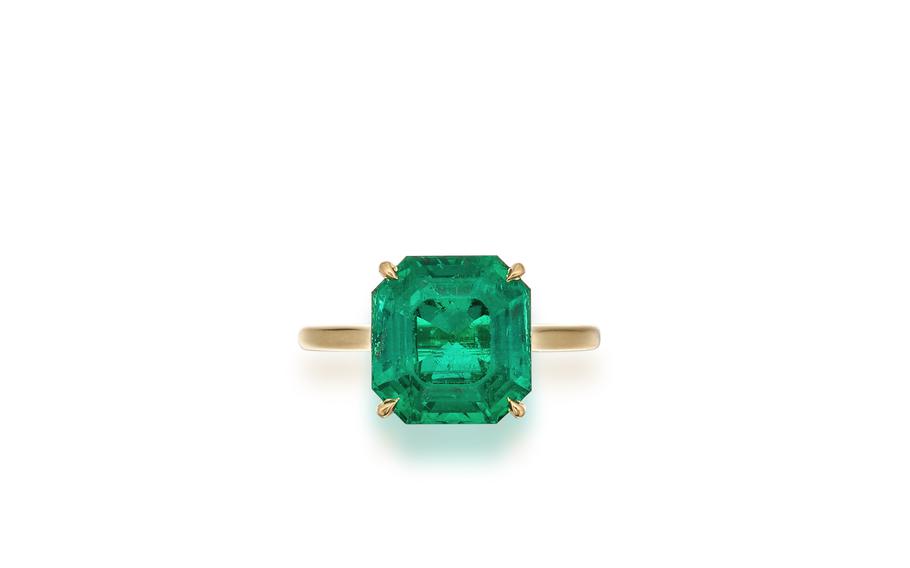 A ring with an emerald discovered in a 400-year-old shipwreck will be auctioned on Dec. 7 in New York with an estimated starting bid of $50,000. (Sotheby’s)

He spent years leading the expedition, even through tragedy as his son, daughter-in-law and another diver died on a capsized salvage boat. Still, the search pressed on, and slowly the team began to make small discoveries.

Then, in 1985, success. After nearly 400 years in obscurity, Fisher's team recovered an estimated $400 million worth of gold and silver bars, coins and jewelry, and six pounds of emeralds — traced to a mine in Colombia.

Fisher famously appeared on "The Tonight Show" with Johnny Carson wearing a gold chain around his neck that dangled nearly to his knees. He became tied up in lawsuits as the Florida and federal governments tried to claim the treasures.

The U.S. Supreme Court ultimately awarded Fisher the entirety of the bounty. Then, in 1987, Congress passed the Abandoned Shipwreck Act, giving states the rights to shipwrecks within three miles of the coastline.

Kim Fisher, Mel's now 66-year-old son who was a part of the founding team, said the six pounds of emeralds they discovered were just a fraction of the 70-pound box they believed to be on the ship — the most valuable of the Atocha's treasures. He's continuing the family enterprise by running searches out of Key West for the remaining $500 million of registered treasures they believe to still be scattered across the ocean floor.

As an investor, Frank Perdue received a share of the coins, gems, gold chains and utensils — almost all of which he donated to the Smithsonian Institution and to help form the Treasures of the Sea exhibit at Delaware Technical and Community College in Georgetown, Del.

"He believed in my dad's dream," Kim Fisher said. "He didn't need any more money, but he loved the idea of the hunt."

Purdue held on to the emerald.

He had it cut and set into a ring, then stored away in a safe in his Salisbury, Md., home until he gave it to Mitzi Perdue as an engagement gift in 1988.

"Since he was someone who was entranced with the romance of history," Perdue wrote in her memoir, "I'm not surprised that he kept the emerald."

But the writer and anti-human-trafficking advocate whose father co-founded Sheraton Hotels decided she would auction the ring and use the proceeds to build shelters for women at risk of trafficking at the Ukrainian border.

The 6.25-carat octagonal step-cut emerald ring will go up for auction by Sotheby's on Dec. 7 in New York City. Kim Fisher said the emerald up for auction was 27.9 carats in the rough when they found it, and he guessed it would sell for more than its estimated value.

The Atocha emeralds, he said, often sell at four times the rate of the regular emerald market because of the rich shipwreck history.

"While it has become tradition for Sotheby's to feature the most desired, extraordinary jewels with historical and royal provenance, it is not every day that we offer long-lost hidden treasures discovered from the depths of the sea, concealed by tide and time for centuries," said Alexander Eblen, senior specialist of Sotheby's Jewelry Department in New York.

Perdue knows she could have just cut a check; she'd done it before. But the story of the ring, she hopes, has the power to do far more than buying supplies ever could.

"I don't want to give it up," Perdue said of the ring. "But it occurred to me that the awareness that it could bring would be something that I could do."

She had to do something, she said. During a five-day visit at the invitation of Gen. Andriy Nebytov, head of the Kyiv regional police, Perdue said, she witnessed unshakable resilience and hardship. On her first night in Kyiv, she said, she weathered two airstrikes in a bomb shelter.

The bombardment began on Feb. 24, when Russian forces rolled into Ukraine and began to strike Kyiv, Ukraine's capital. After nearly nine months of war, the country is headed for a bracing winter.

A report from the United Nations Office on Drugs and Crime found that in conflict zones, there is significant risk of trafficking, and refugees fleeing Ukraine — especially unaccompanied children — are at risk of sexual exploitation, forced labor and illegal adoption. Perdue thought shelters at border crossing points could help limit the vulnerability by serving as a safe place where people could pause, have a meal and develop a plan for where they were headed.

She plans to build the shelter through the nonprofit Silent Bridge and work with a team experienced at running domestic violence shelters in Ukraine.

"I think unimaginable amounts of misery could be prevented," she said.

Perdue is certain that her late husband, whose obituary in 2005 requested that well-wishers donate to their local food pantry in lieu of sending flowers, would like the idea.

"I think that he would just totally endorse the idea that this ring might have the chance of saving hundreds and hundreds of people from a fate worse than death," she said.