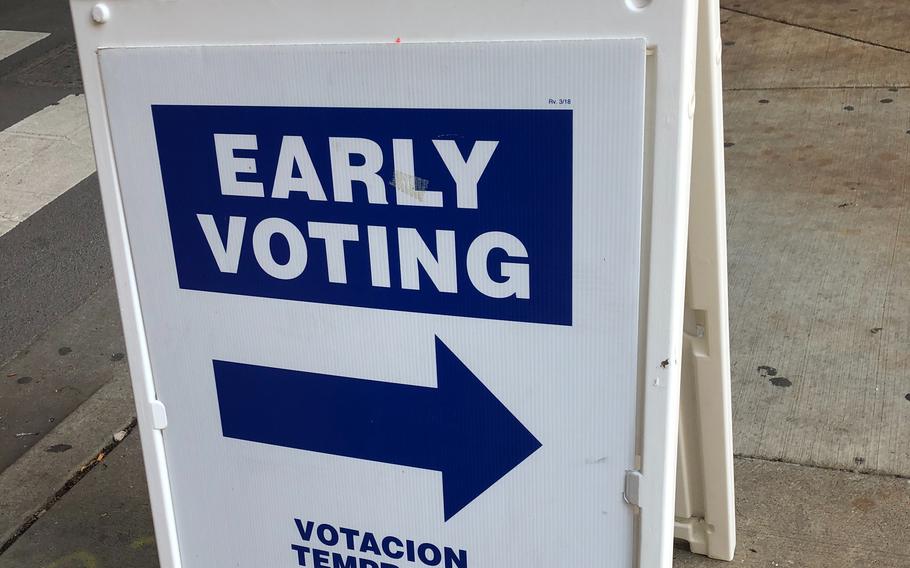 Americans have cast more ballots ahead of Election Day than they did during early voting before the last midterm election, continuing a trend of increasingly relying on early voting despite vocal objections from some Republicans.

As of Saturday, voters had cast more than 39 million ballots, surpassing the number of early votes in 2018, according to data maintained by the United States Elections Project. This year's total will grow because election officials are still receiving ballots through the mail and some states allow in-person early voting through the weekend.

Former president Donald Trump and his allies have attacked early voting, especially vote-by-mail programs, prompting some Republicans to give up a practice that they have embraced in some states for decades. A countervailing force seems to have offset that opposition — more opportunities to vote early.

"We have been on an upward trajectory of early voting from election to election and that's because states are offering early voting more frequently or more expansively," said Michael McDonald, the University of Florida political scientist who oversees the elections project.

Early voting has long been on the upswing. In 2014, about 31 percent of ballots were cast by mail or at early-voting locations, McDonald said. In 2018, it rose to about 40 percent. He expects early ballots to take up a larger share this year.

The best comparison for this year is other midterm elections like 2014 and 2018. Early voting is higher in presidential years, both in raw numbers and as a share of the overall vote, McDonald said. The role of early voting was particularly prominent in 2020, when fears of the coronavirus made voters turn to mail voting in record numbers. That year, Americans cast 101.5 million early votes, more than twice as many as they did in the 2016 presidential election.

Numerous factors affect changes in voting behavior. After their experience in 2020, more voters are familiar with how to vote early and may stick with the practice. Others may be more willing to go to the polls on Election Day now that vaccines are widely available. And the arguments against early voting from Trump and his allies could affect how some voters choose to cast ballots.

Meanwhile, the rules for early voting in some places are changing. Unlike in 2018, California, Nevada, Vermont and D.C. are conducting this election entirely by mail, and Michigan and Pennsylvania are now offering no-excuse voting by mail.

Other states have tightened their rules. The Wisconsin Supreme Court this summer banned ballot drop boxes in that state and the Delaware Supreme Court last month upheld a lower-court ruling that blocked no-excuse absentee voting there.

This year, some Republicans have urged voters to hang onto their mail ballots until the last possible moment, making it difficult to estimate how many early ballots will ultimately be turned in. Every election cycle, millions of voters ask for absentee ballots that they never turn in — either because they don't vote or they decide to vote at the polls instead.

For this cycle, nearly 20 million votes have been cast in 19 states that have voter registration by party identification, providing insight into who is voting early. In those states, 43 percent of the early votes so far have come from voters registered as Democrats, 34 percent from Republicans and 23 percent from those who are unaffiliated or belong to a third party.

Participation in early voting varies by state. In North Carolina, just under 2 million early votes were cast, in line with the number cast in 2018.

In Georgia this fall, early in-person voting started out well above 2018 levels before more closely matching the last midterm. In all, 2.5 million early votes were cast in person and by mail in Georgia as of Saturday, up from 2.1 million in 2018.