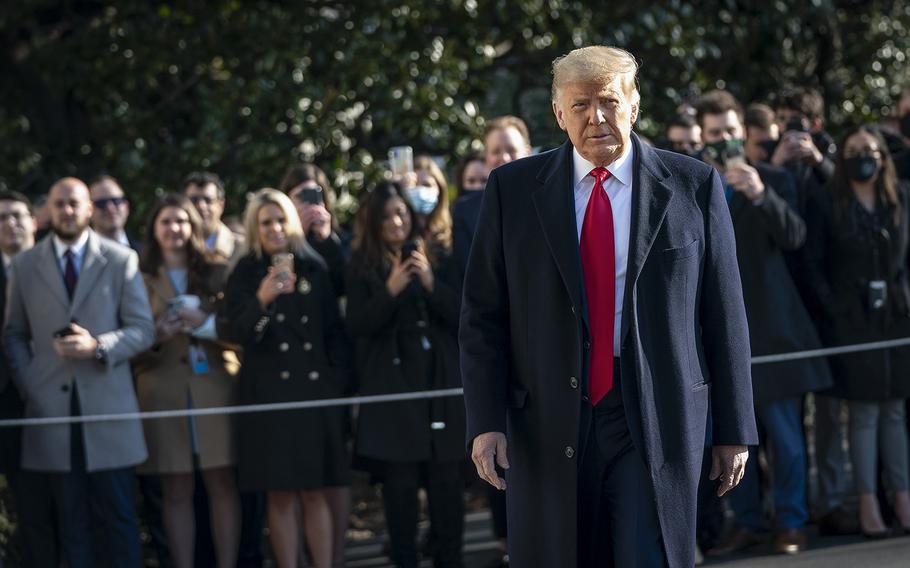 A Brooklyn Federal Court jury acquitted a 72-year-old man of charges he threatened to kill former President Donald Trump in a series of rambling phone calls to the Secret Service in 2021. (Drew Angerer/Getty Images/TNS)

NEW YORK (Tribune News Service) — A Brooklyn Federal Court jury acquitted a 72-year-old man of charges he threatened to kill former President Donald Trump in a series of rambling phone calls to the Secret Service in 2021.

Thomas Welnicki was accused of threatening to kill or assist in the murder of Trump by telling Secret Service agents of threats that included the statement: "I will do anything and everything that I can to see that Donald Trump is dead."

Von Dornum told the federal jury Thursday that Welnicki, who is medically compromised, was simply sad, drunk and lonely while cooped up in his Queens apartment during the COVID-19 pandemic and the Secret Service happened to be the only ones to take his calls.

Welnicki, who often refers to himself as "Knicky Knightrow" — an ode to his love of the Knicks and of the Knights of the Round Table — was visited by the Secret Service at his home three times.

It was unclear Friday if federal prosecutors will go ahead with a second trial in which Welnicki would be charged with threatening members of Congress during his string of calls. Von Dornum successfully argued to split these accusations from the Trump case.