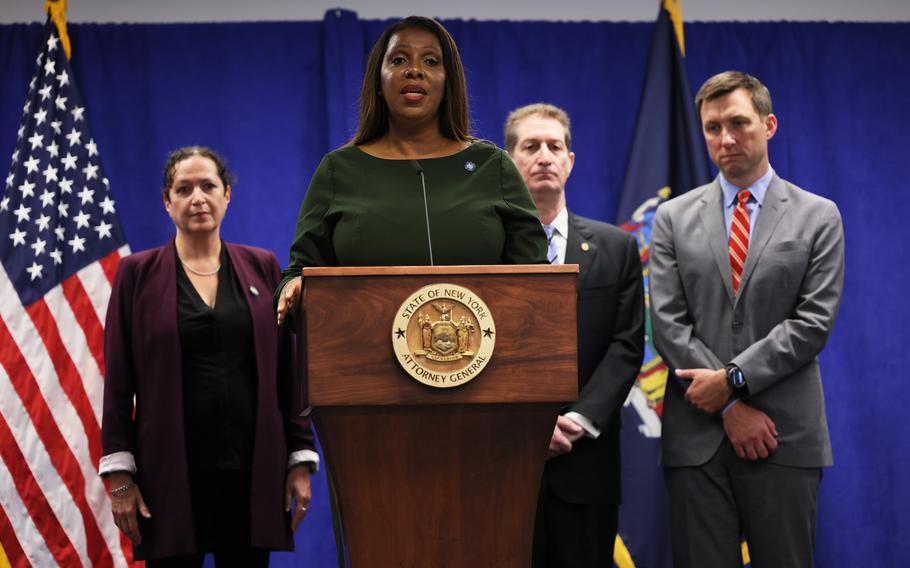 In a complaint Trump says was filed Wednesday in state court in Palm Beach County, and which reads much like his posts on Truth Social — his Twitter-like social media site — Trump accused James of a “war of intimidation and harassment.” The complaint couldn’t be immediately confirmed on the court’s website.

James sued Trump and his three children in September, claiming they inflated the value of his real estate company’s assets. She’s seeking $250 million in disgorgement and to prevent his companies from doing business in New York. Last month she asked a judge to appoint an independent monitor to oversee the company before the civil case goes to trial.

“What began as a cartoonish, thinly-veiled effort to publicly malign President Trump for personal political gain has morphed into a plot to obtain control of a global private enterprise ultimately owned by a Florida revocable trust in which President Trump is the settlor,” Trump’s lawyers wrote in the complaint.

Trump claims James is violating his privacy by seeking details of his revocable trust. He asked for a preliminary and permanent injunction preventing James from getting a copy of the trust, or exercising any authority over it.