Over 40 UFO sightings reported in Idaho this year? Here’s where and what people are seeing 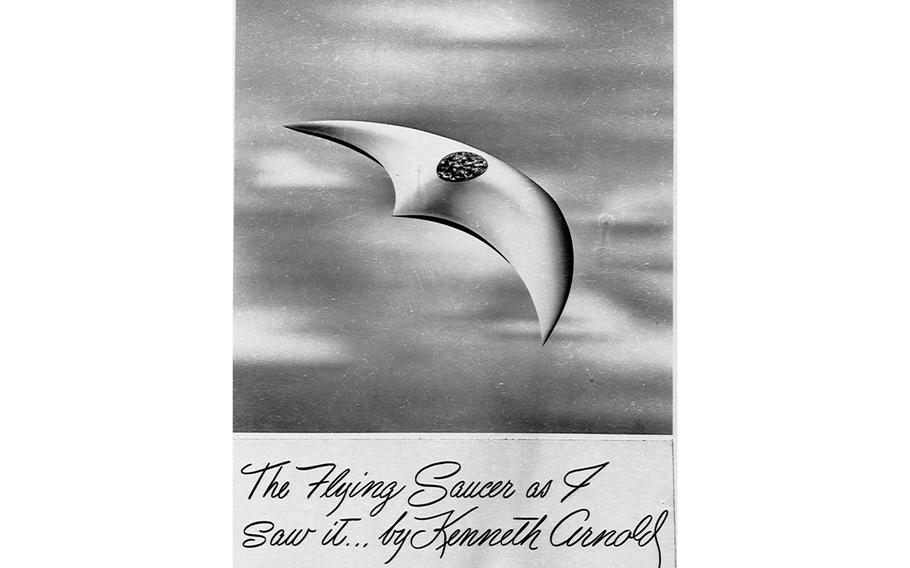 Kenneth Arnold, the Idaho pilot who reported seeing seeing nine UFOs near Mount Rainier in 1947, later sketched the crescent-shaped object he saw. The others were roughly circular, he said. (The Idaho Statesman/TNS)

Scientists and skeptic organizations eventually identify many reported UFOs as being more mundane in nature, such as atmospheric phenomena or man-made objects. A common misconception recently has come from Starlink, a group of satellites that reflect light down to Earth, creating an ominous formation of bright lights traveling across the night sky.

So far this year, Boise leads the way in Idaho for UFO sightings with 12 reports, followed by nine in Nampa and three in Idaho Falls, according to the National UFO Reporting Center.

In the grand scheme, Idaho isn’t a hotbed for UFO sightings. But a recent study shows that the Gem State has been the most active state in sightings per 100,000 residents over the past five years.

The study by myvision.org — a site that provides evidence-based information on eye health — analyzed the last five years-worth of reports from the National UFO Reporting Center. Idaho topped the list with 420 sightings per 100,000 residents, beating out New Hampshire (313) and Montana (223) 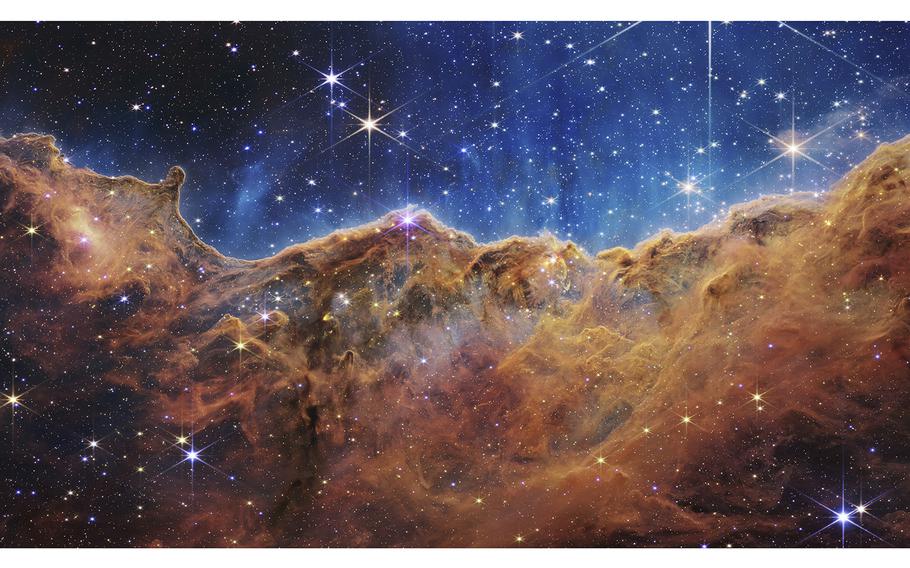 In this handout photo provided by NASA, a landscape of mountains and valleys speckled with glittering stars is actually the edge of a nearby, young, star-forming region called NGC 3324 in the Carina Nebula, on July 12, 2022, in space. Captured in infrared light by NASA’s new James Webb Space Telescope, this image reveals for the first time previously invisible areas of star birth. (NASA/ESA/CSA/STScI via Getty Images/TNS)

The study then ranked the states by most UFOs reported since 1974, putting Idaho 32nd with 1,295 UFO reports.

The latest UFO reported to the National UFO Reporting Center was on Oct. 8 in both Coeur d’Alene and Sweet, an unincorporated community about 40 miles north of Boise.

The Coeur d’Alene report states that the witness noticed what looked like “two crafts fighting in the air” for about five minutes, while the Sweet report mentioned a bright light with several different colors that moved in a straight line for about a minute before turning around and vanishing. The witness in Sweet took a picture of the light in the sky.

A group of reports was made in Nampa on Sept. 9 that detail a “ribbon of light several miles wide and several miles long moving in wave motion, visible/invisible/visible again possibly due to high clouds.”

“Saw a big explosion in the sky,” a second Nampa-based report on the same night read. “Within seconds, the 1st UFO appeared, was flying in a strange pattern and hovering. The second was seen 20 minutes later.”

The National UFO Reporting Center was founded in 1974 by noted UFO investigator Robert J. Gribble, the organization’s website states. The center has processed more than 150,000 reports.

The center’s primary function has been “to receive, record and to the greatest degree possible, corroborate and document reports from individuals who have been witness to unusual, possibly UFO-related events.”

Here is where all 43 UFO reports have been made in Idaho so far this year, according to the reporting center.

The website UFO Stalker also provides a live map of all UFO sightings in the United States and even the occasional reported alien encounter.

As of Tuesday afternoon, 210,076 UFOs had been reported to the authorities or a UFO-spotter site nationwide all-time. Over 470 of those have come in just the last month, including a “large triangular-shaped flying craft” reported in Star on Oct. 20.