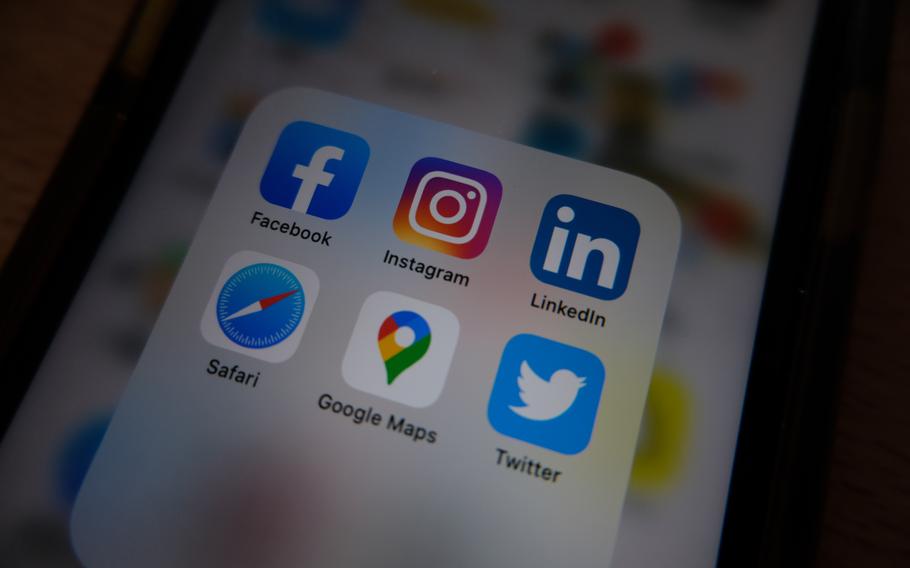 Large foreign investors would have access to confidential information about Twitter’s finances — and potentially its users — under the terms of Elon Musk’s deal to acquire the social media site. (Pexels)

Large foreign investors would have access to confidential information about Twitter’s finances — and potentially its users — under the terms of Elon Musk’s deal to acquire the social media site, people familiar with the matter told The Washington Post.

That revelation comes as Treasury Department officials begin looking into whether they have the legal authority to start an investigation into the purchase because of Musk’s ties to foreign governments and investors, people familiar with those discussions said.

It was not immediately clear whether Treasury officials were aware of the terms granting information rights to large investors. The exploration of whether a review was warranted is fairly routine, and such preliminary examinations often do not end in a full investigation.

White House officials also previously discussed the possibility of a national security review of the acquisition, according to another person. Additionally, officials at the FBI looked into the potential counterintelligence risks posed by the deal this past spring, according to two people familiar with the inquiry - though it is not clear whether the matter has been studied by senior officials at the bureau or if those discussions are still active. All the people spoke on the condition of anonymity to discuss matters they were not authorized to disclose publicly.

A Saudi prince’s holding company and a subsidiary of the Qatari sovereign wealth fund are among the investors backing Musk’s Twitter purchase, as is Binance, a cryptocurrency exchange that was founded in China but has since moved its operations elsewhere. Tesla, where Musk serves as chief executive, has extensive ties to China, as well.

Musk and his attorney, Alex Spiro, did not immediately respond to a request for comment.

The U.S. government’s preliminary attempts to scrutinize the Twitter deal comes as the billionaire introduces new changes to the structure of one the world’s most powerful communication platforms.

Treasury staff at the Committee on Foreign Investment in the United States (CFIUS) have not yet determined whether Musk’s purchase of the social media platform could trigger a national security review, according to one person familiar with the matter. Musk is a U.S. citizen, and CFIUS reviews are typically used to investigate investments by foreign nationals. So it is not clear whether they can initiate such a review, and policy experts are divided on whether one would be warranted. Treasury staff routinely examine whether purchases merit more in-depth investigations, often without proceeding to full-blown reviews.

A 2018 legislative update to the CFIUS rules says the body can investigate not only foreign ownership, but minority stakes in critical areas, including sensitive personal data held by businesses.

The early work on a potential inquiry has not yet reached the principals on the CFIUS committee - whose members include Treasury Secretary Janet Yellen, Attorney General Merrick Garland and Defense Secretary Lloyd Austin - and is in its preliminary days. The person familiar with the matter stressed that it is still possible that CFIUS concludes it does not have the authority even to begin an investigation and that the probe ends there.

“CFIUS is committed to taking all necessary actions within its authority to safeguard U.S. national security,” a Treasury spokesperson said. “Consistent with law and practice, CFIUS does not publicly comment on transactions that it may or may not be reviewing.”

Spokespeople for the FBI declined to comment. A White House spokesperson pointed to Press Secretary Karine Jean-Pierre’s comments last week that she did not know of any discussions about a national security review of the deal.

The matter could be fraught for the Biden administration. Biden aides have tried to counter Chinese influence but do not want to be accused of weaponizing a national security process to attack Musk, who says he voted for Biden in 2020 but has lately become a political foe.

Musk has extensive ties to China through Tesla, the publicly traded electric vehicle company. Tesla’s “Gigafactory” in Shanghai has been its busiest production plant and serves as a vital export hub. Tesla is also reliant on China for production needs - the country controls the global supply of lithium, the key component in electric vehicle batteries - through its vast processing and refining apparatus.

Binance also has a stake in the new Twitter through a $500 million equity investment. While it moved out of its initial home in China, the company has partnered with a Chinese-government-owned firm on a blockchain initiative. A Binance spokesman previously told The Post that effort was defunct, that it had no presence in China and that it had never taken any investment from a Chinese government-controlled entity.

Another global power, Saudi Arabia, is among the biggest private investors in the new Twitter, after Musk. The country poured around $2 billion into the acquisition, rolling over a previous stake in Twitter stock into the newly privatized company. U.S. relations with the kingdom have fractured under Biden, with the Saudi-led group of oil-producing nations known as OPEC recently announcing a cut to output in a direct rebuke to the White House. A subsidiary of the Qatari sovereign wealth fund is also backing the purchase.

Large investors in the deal have struck confidential agreements that clearly spell out their potential roles and access to information, with priority given to those who invested at $250 million or higher, according to people familiar with the arrangement who spoke with The Post. That threshold would give Binance, as well as the Saudi and Qatari funds, access to information beyond what a lower-level investor would receive. That’s unless there are exceptions in their terms that expressly prohibit sharing information with them, something CFIUS would want to probe - and require if deemed necessary for national security.

The U.S. government has previously indicated that Saudi officials sought information about Twitter users, and a former manager for the platform was convicted in August of concealing payments from Saudi agents in exchange for accessing confidential user data.

A growing number of Biden allies have in recent days clamored for CFIUS to investigate how these nations could influence Musk. On Monday, Sen. Chris Murphy (D-Conn.) said on Twitter that the federal government should investigate national security concerns connected to Saudi Arabian entities’ investments in the social media platform. Last week, the American Economic Liberties Project, a left-leaning group, also said in a statement that both CFIUS and the Federal Communications Commission should investigate Musk’s takeover of Twitter given his “potential dependencies on the Chinese government.”

“We should be concerned that the Saudis, who have a clear interest in repressing political speech and impacting US politics, are now the second-largest owner of a major social media platform,” Murphy said on Twitter.

Andrew Grotto, a former senior director for cybersecurity policy under the Obama and Trump administrations, who has focused on CFIUS, said access to information could prove a vital security concern.

“That is an area where I think CFIUS has some pretty robust authority to ensure that Americans’ personal data isn’t exploited nefariously by a foreign government,” he said. “That springs to my mind at least as one major vector for CFIUS to pursue an investigation.”

CFIUS remedies would not necessarily scuttle Musk’s acquisition of Twitter, Grotto said, but the government could impose restrictions on what sorts of information rights are given to foreign parties or seek to limit powers they may have over the new company.

“CFIUS would have authority to demand mitigations including possibly forcing the parties to rewrite that,” he said, adding that the committee “could force a modification.”

Additionally, “when a senator sends a letter to CFIUS requesting a review, the committee is going to poke around a little,” said Sarah Bauerle Danzman, associate professor at Indiana University and former CFIUS staffer through the State Department.

Two former CFIUS advisers said Saudi Arabia’s investment was more likely to lay grounds for a review than any connections to China, even though China may have more leverage over Musk through his Tesla stake. “I would think they have a hook if they want to take this on,” one former adviser said, speaking on the condition of anonymity to discuss a politically sensitive issue.