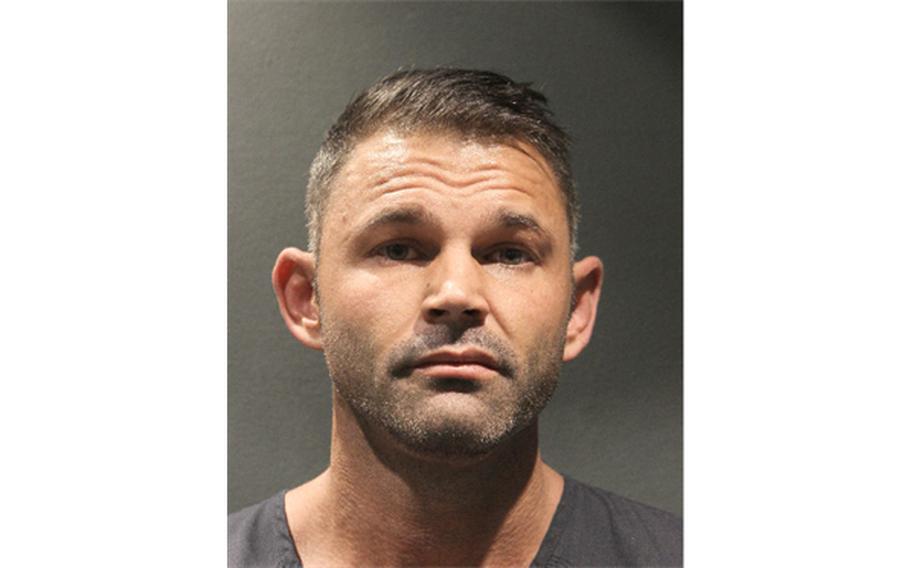 Eric Welch, 33, a Pentagon Force Protection Agency officer, was arrested Friday, Oct. 28, 2022, on multiple charges, including possession with intent to distribute while armed, according to police in Arlington County, Va. (Arlington County Police)

ARLINGTON, Va. — A Defense Department police officer is facing criminal charges after he was arrested for distributing illicit drugs while off duty, according to local authorities.

Police in Arlington County, Va., where the Pentagon is located, said the officer — Eric Welch — was arrested Friday after investigators witnessed him buying illegal narcotics. They said he planned to sell those drugs as part of a trafficking scheme.

Welch is a member of the Pentagon Force Protection Agency and was not on duty when he was taken into custody. Authorities said he was carrying a firearm at the time of his arrest.

“Detectives initiated a narcotics investigation after receiving information regarding a suspect possibly distributing cocaine in Arlington County,” county police said in a statement Monday. “During the course of the investigation, detectives identified Welch as a suspect and obtained evidence confirming involvement in narcotics distribution.”

Authorities said Welch was arrested on a street in Arlington about 2 miles southwest of the Pentagon. Police later searched his house nearby in Alexandria, where officials said they found more drugs and more firearms.

Welch, 33, is being held without bond on multiple charges, including possession with intent to distribute while armed. The PFPA said in a statement that he’s been placed on administrative leave.

There are hundreds of officers in the Pentagon Force Protection Agency, which is responsible for security at the Pentagon and several other defense-related federal buildings, including the U.S. Court of Appeals for the Armed Forces.

It wasn’t immediately known whether detectives are looking for other possible suspects or whether they believe anyone else from the PFPA was involved. City officials said the investigation is ongoing.